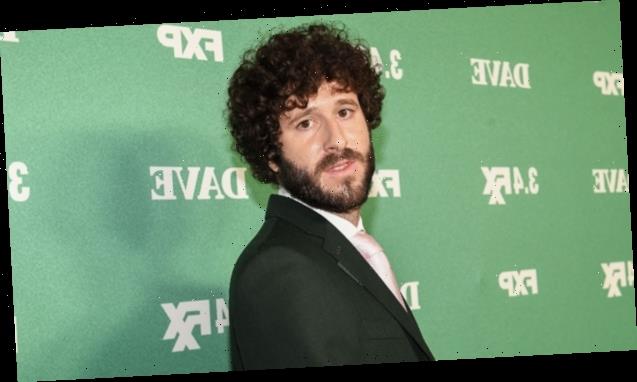 Lil Dicky tells HL why Dollar Shave Club’s #MenGetReal campaign ‘resonated’ with him and why he’s encouraging men to be more ‘open and vulnerable.’

“I used to get buzz cuts,” says Lil Dicky. “That was my haircut until I was a freshman in high school. I didn’t even know that I had curly hair until I was a senior.” It’s hard to imagine the rapper/comedian without his signature bushel of curls. It’s at the forefront of his music videos, on his single art, and prominently displayed in advertising for his hit FXX series, Dave. “My hair is my moneymaker,” he tells HollywoodLife. “One time, I straightened my hair for a music video, just straightened it. And it didn’t curl back for four months. I think that experience traumatized me, and I’m nervous if I shaved my head that my hair would never grow back. I know that’s not how science and hair works, but I have this impractical fear.”

Yet, it’s such “impractical” fears that led Lil Dicky to partner with Dollar Shave Club for their new #MenGetReal campaign. This social initiative aims to encourage men to “show up authentically as the best possible versions of themselves.” As part of the campaign’s message of positivity, Lil Dicky (aka David Burd, 33) is opening up about his own insecurities. “Growing up, I was riddled with body insecurity. I literally had surgery as a baby on my penis,” he says, referencing his rare birth defect (hypospadias) that resulted in a tangled urethra and a handful of operations. “It’s so ever-present top of mind. And as I’ve gotten older, I’ve just taken those worries and put them aside and just been totally okay with who I am.

“And it’s just made me happier. That’s just weight off of my shoulders. There are enough things to worry about in the world. You don’t need to add an extra layer,” he tells HollywoodLife. “For example, I have gray facial hair now. And man, when I saw those gray hairs popping up, I thought instantly about death and how my mortality is fleeting. But after a few days of processing it, I was like, ‘You know what? It is what it is.’”

The message of acceptance, which lies at the heart of DSC’s #MenGetReal campaign, “resonated” with Lil Dicky. “I don’t really align myself with campaigns like this for brands that I don’t feel like speak to me. So when I heard about this opportunity, I thought, well, that’s synergistic,” says the man who, in his past life, worked at the prestigious ad firm Goodby, Silverstein & Partners. He quit the cushy job to take a huge risk in pursuing his music ambitions. Needless to say, the risk paid off. 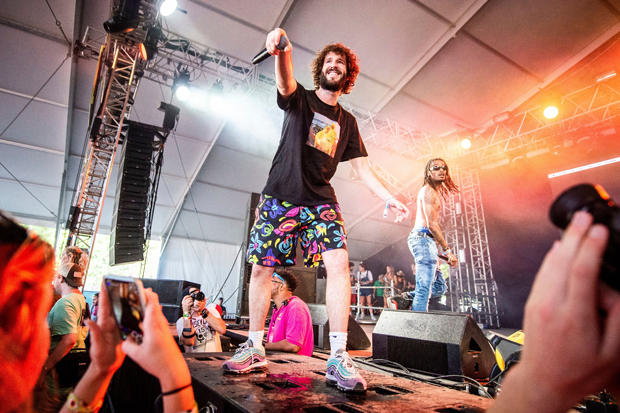 “I feel like everything I’ve done in my adult life is that the more open, honest, vulnerable, and true to yourself that you are, not only do people appreciate that more, but the happier one can become,” says Lil Dicky. “So I feel like it’s a campaign that really does resonate with me. And I feel like if you’re familiar with any of my work, I try to be my genuine, honest, vulnerable self at all times, especially as it pertains to body image type things. It just feels like I relate to the campaign.”

“Personally,” he adds, “I feel like I’m on a quest to create the best art, but that art is supposed to create the most happiness for humanity. You know what I mean? I feel like that’s my purpose — to make people laugh and be happy. Anything that I can do in my life that I can allow other people to be happy, through lessons I’ve learned or anything, I’m going to try to do.” 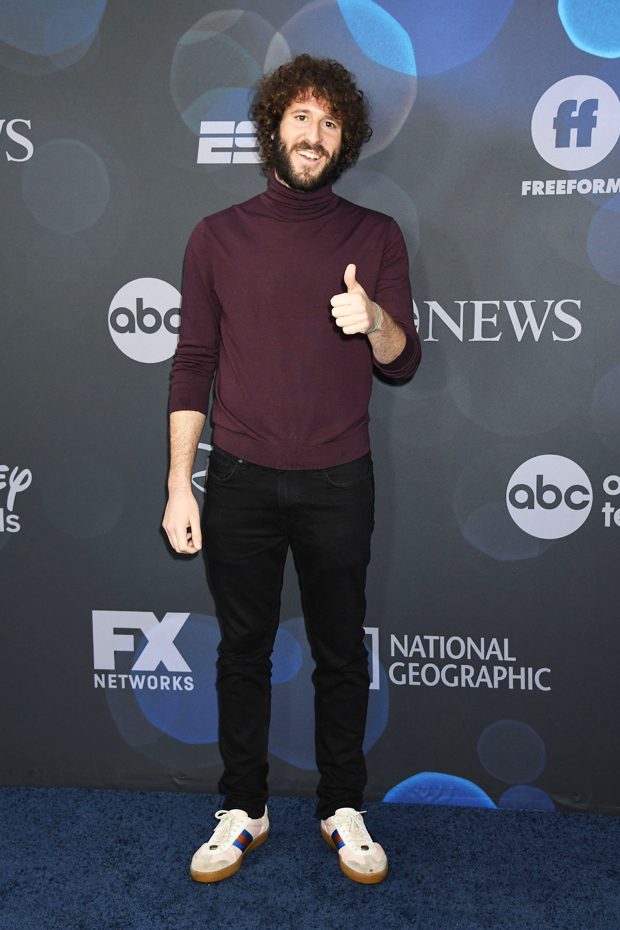 The one thing he’s not trying to do is unseat Stanley Tucci as the Internet’s pick for “Sexiest Bald Man.” At least, not yet. When asked if he would ever shave his head for charity, Dicky passed, but he didn’t take the clippers completely off the table. “I’ll ‘never say never,’ cause who knows what thing arrives that it’s the right thing to do,” says Dicky, “but if you’re asking me my honest opinion, I certainly have very little interest in shaving my head right now. I’ve gotten my hair to such a good place.”