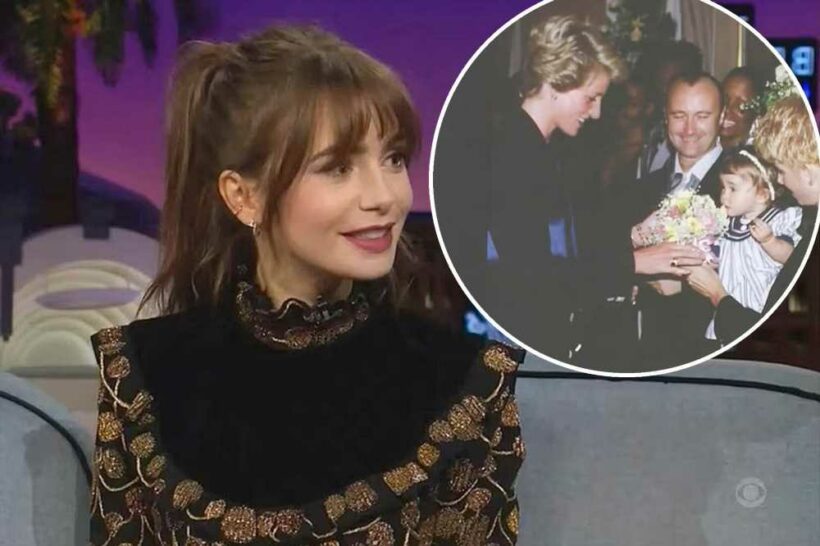 Lily Collins hilariously once tried to snatch a bouquet of flowers from Princess Diana as a toddler, she revealed on Tuesday’s episode of “The Late Late Show With James Cordon.”

“Here you are with your dad Phil Collins, this is you here being handed some flowers from Princess Diana. Do you have any recollection of this moment in time?” Cordon asked Lily, seen as a toddler in the photo with both her parents and the late royal.

“I’ve been told this is what happened,” the “Emily In Paris” actress, now 32, began. “That’s my mom and my dad and I and it’s at a Prince’s Trust event and I’m giving Diana flowers, but the second that she went to take them, I then tried to pull them back.”

Lily jokingly added, “So as you can imagine, all the air was sucked out of the room.”

Fortunately for Lily, her 2-year-old self was too cute for anyone to actually be upset.

“I was wearing a cute dress, so who’s going to really punish me there,” she said. 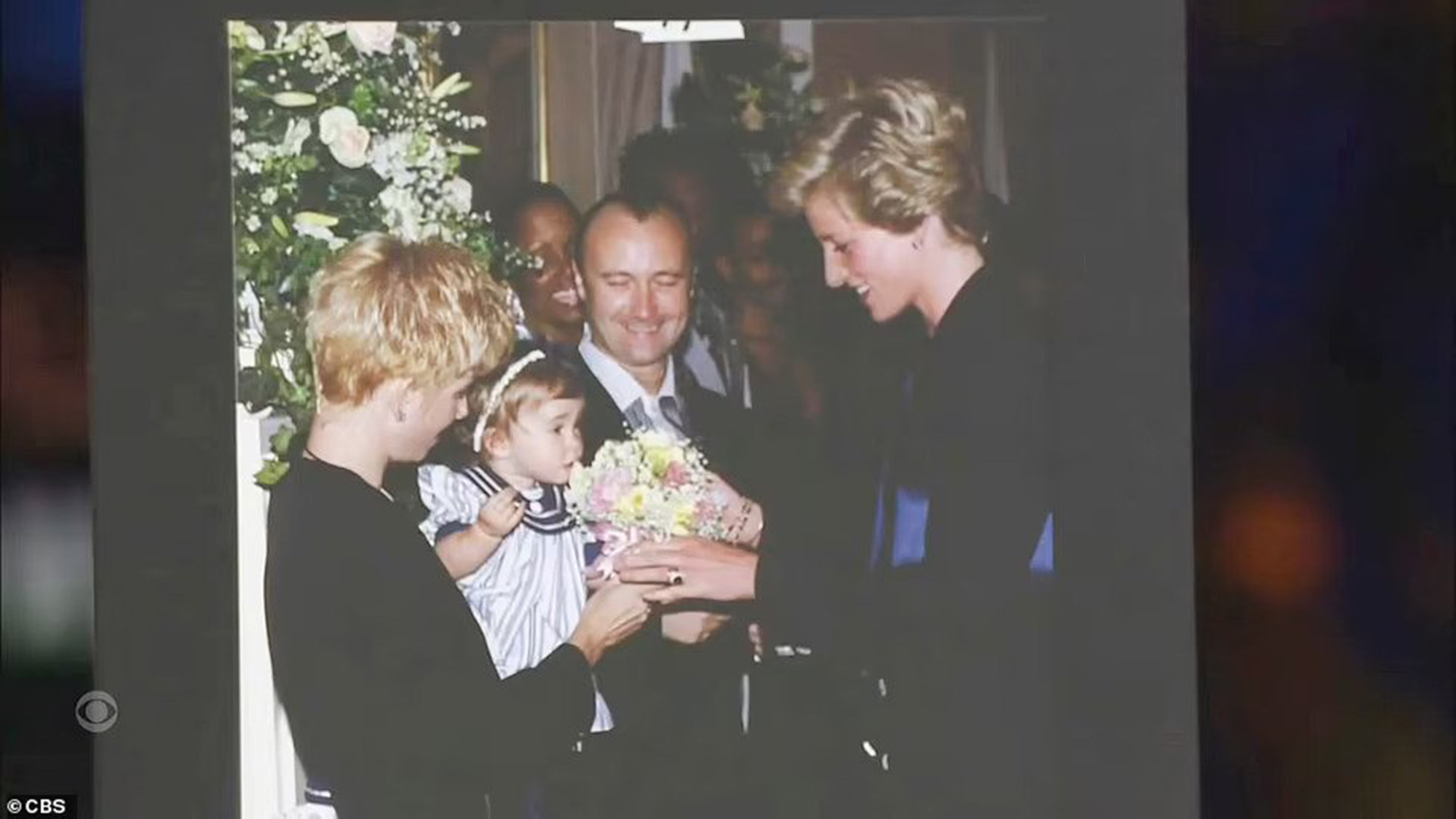 And it turns out Collins’ contentious relationship with the royals didn’t end there: She also shared that when she was younger she threw an object at Diana’s ex-husband Prince Charles.

“I was playing with some toys with Prince Charles and I proceeded to kind of like throw something at him, like throw a toy telephone at his head, which, again, all the air was sucked out of the room,” Lily said, adding that this also occurred when she was in her terrible twos. 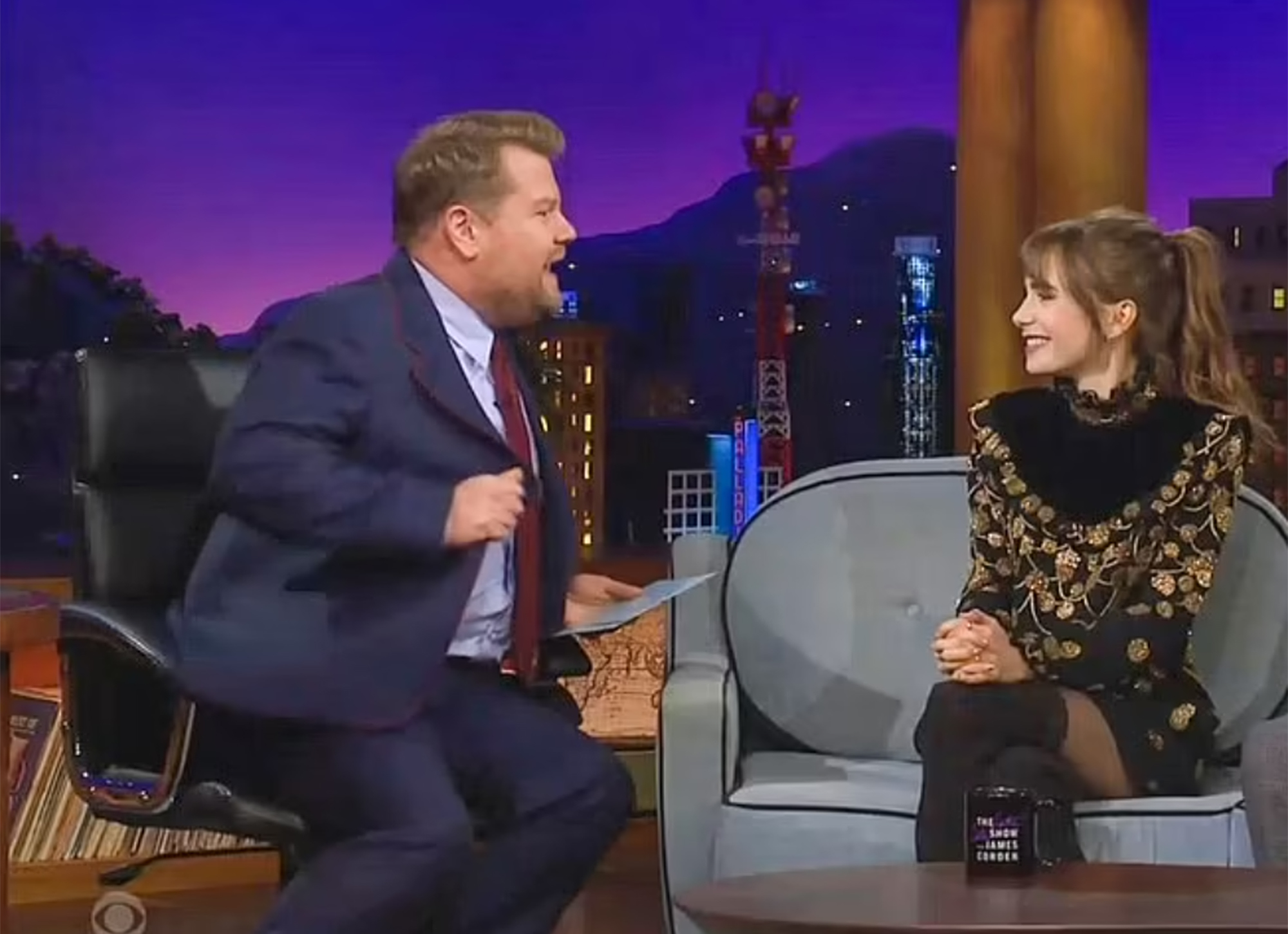 She explained that she had been around the royal family quite often because her musician father was involved in their charitable endeavors.

“My dad did a lot of stuff with the Prince’s Trust so and I grew up in England, I’m British,” she said, adding, “I just went along for the ride and I guess I had a tendency to do naughty things as a 2-year-old.”

The “In The Air Tonight” artist, 70, shares daughter Lily with his ex-wife Jill Tavelman, whom he was married to from 1984 to 1996. He has four other children from other relationships.