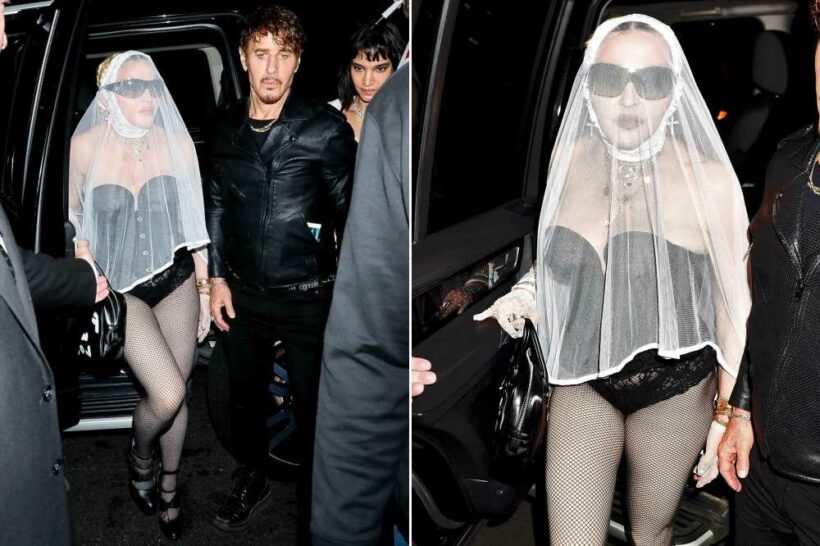 The “Vogue” singer continued to turn heads on Sunday when she donned a veil and a black bodysuit for a VMAs 2021 afterparty at 1Oak.

Photos show the 63-year-old singer getting out of a car wearing the elaborate headpiece and sunglasses along with fishnet stockings, and lots of gold jewelry.

She finished off the outfit with black heels and sheer white gloves.

Sadly, she left the elaborate 3-pound headpiece that she wore on her birthday last month at home.

Meanwhile, Lil Nas X was spotted at the same afterparty.

The “Industry Baby” rapper, 22, had to be carried out of the club by bodyguards after his jaw-dropping performance earlier in the night.

The show’s host, Doja Cat, was also in attendance. 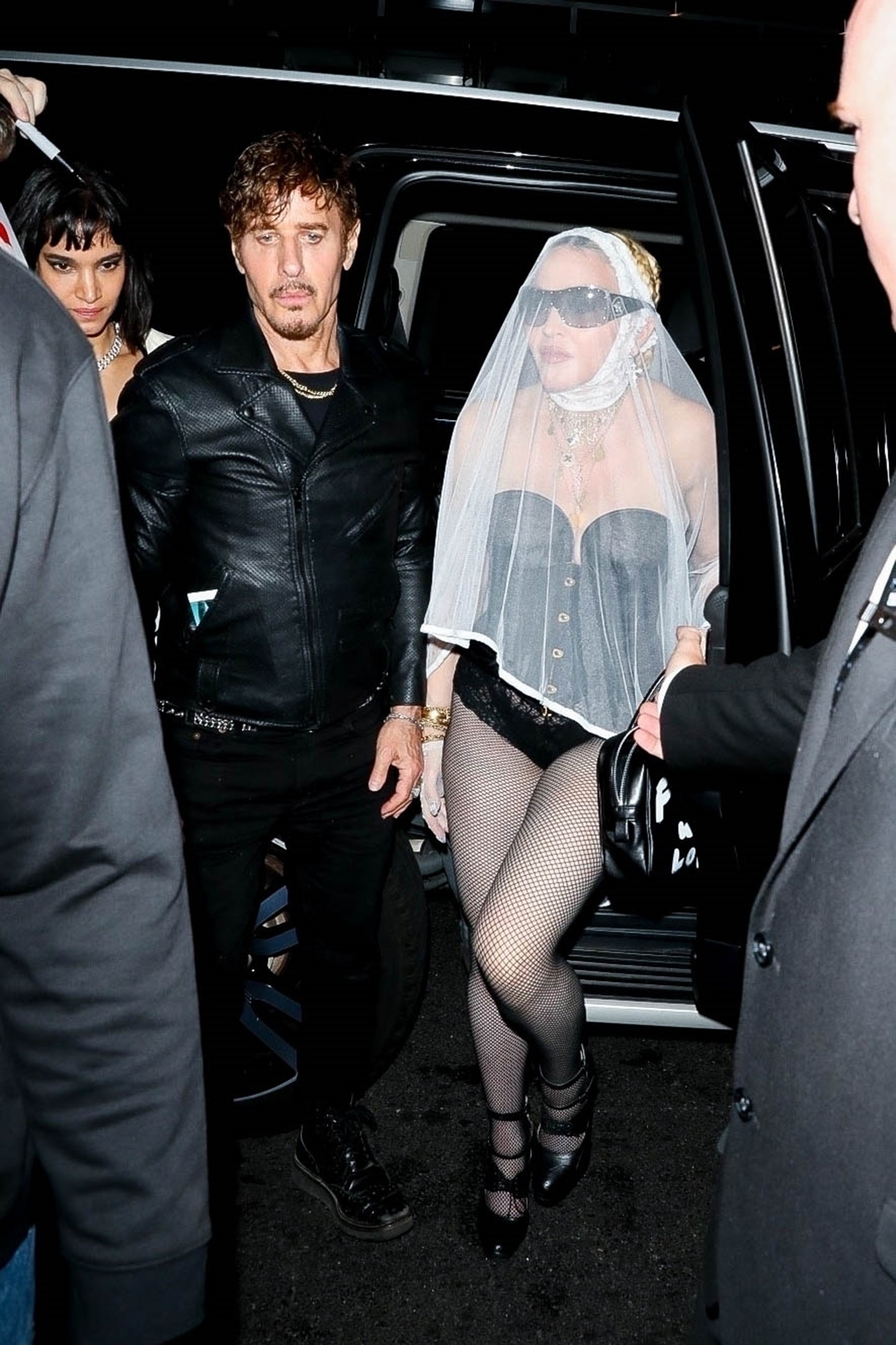 Madonna surprised fans earlier in the night by appearing as the award show’s opening act. She donned a bondage-inspired bodysuit and Burberry trench coat for the appearance.

She also gave fans a glimpse of her derrière as she left the stage.

“And they said we wouldn’t last. But we’re still here motherf–kers,” she proclaimed before Justin Bieber took the stage to perform his new hits, “Stay” and “Ghost.” 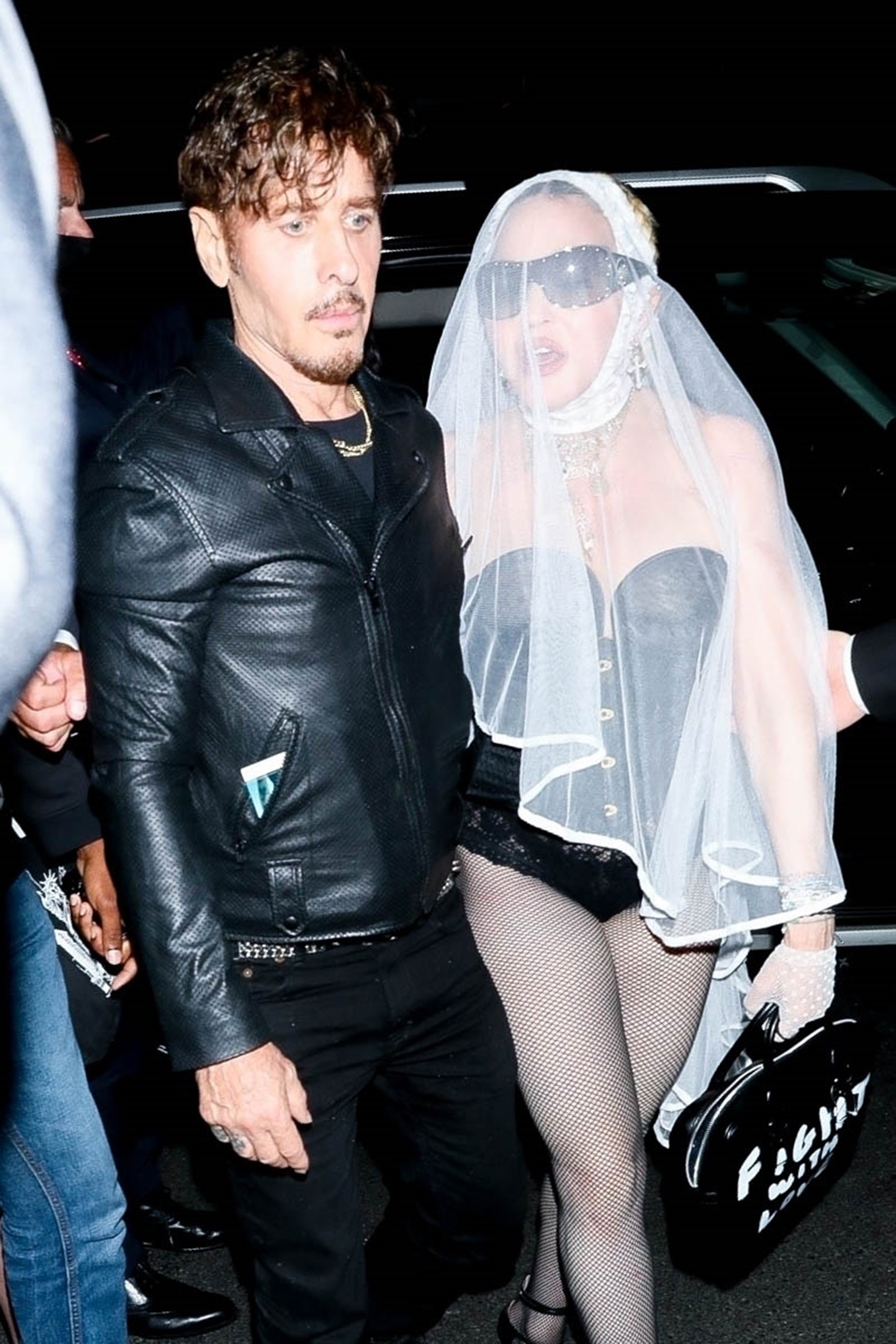 The songstress is known for her outrageous antics at the VMAs.

She kissed both Britney Spears and Christina Aguilera during a 2003 performance of “Hollywood” and “Like a Virgin.”

Madonna also performed in a white wedding dress to the latter for the first VMAs in 1984.

Rihanna recently channeled the look for a date night in New York City with A$AP Rocky.

Her “Madame X” tour film will be released on Paramount+ — which also hosts programs from MTV — on Oct. 8.