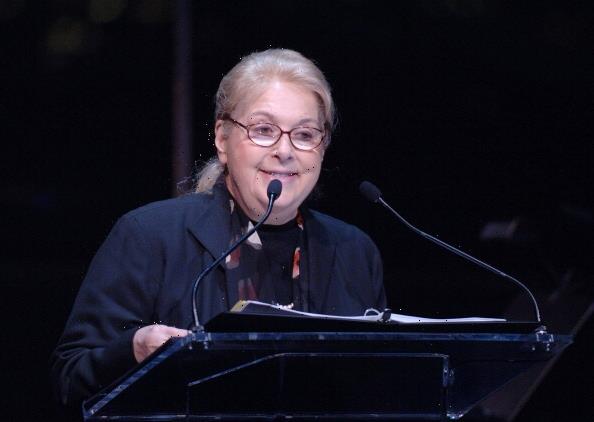 Marilyn Bergman, the Oscar-, Emmy- and Grammy-winning songwriter whose lyrics graced such hits as “The Way We Were,” “The Windmills of Your Mind,” “In the Heat of the Night” and the songs from “Yentl,” has died. She was 94 years old.

Bergman was the first woman president and chairman of the board of the American Society of Composers, Authors and Publishers (ASCAP), a post she held from 1994 to 2009. She and her husband and lifelong writing partner Alan Bergman wrote the words to some of the most popular film and TV songs of the 1960s, ’70s and ’80s, and continued to write together well into the 2000s.

They were Oscar nominated 16 times, and won three (for “Way We Were,” “Windmills” and the entire song score for “Yentl”). The Bergmans were frequent collaborators with composers Michel Legrand (their co-writer on “Windmills,” “Yentl” and such other songs as “What Are You Doing the Rest of Your Life?” and “How Do You Keep the Music Playing?”) and Marvin Hamlisch (“The Way We Were”).

She was born Marilyn Keith in Brooklyn, majored in music at New York’s High School of Music & Art, then studied at NYU. While still in high school, she often played piano for lyricist Bob Russell (“Don’t Get Around Much Anymore”). He encouraged her to consider songwriting as a profession.

When she moved to Los Angeles in the mid-1950s, she began writing lyrics for composer Lew Spence and soon met Spence’s other lyric-writing partner, Alan Bergman. Marilyn and Alan were married in February 1958.

Among their early hits were “Nice ‘n’ Easy,” title track for the 1960 Frank Sinatra album, written with Spence; and “Yellow Bird,” a calypso number for a 1959 Norman Luboff album.

“In the Heat of the Night,” sung by Ray Charles, was their big breakthrough film, working with composer Quincy Jones in 1967. Numerous films with Legrand followed, including “The Thomas Crown Affair,” “The Happy Ending,” “Pieces of Dreams,” “Summer of ’42,” “Best Friends” and “Yentl,” many of which yielded hit songs.

With Hamlisch, they penned songs for “The Way We Were,” “Same Time, Next Year” and “Shirley Valentine,” all of which resulted in Oscar nominations. “The Way We Were” also won them 1974 Grammys for song of the year and best original score album.

They also collaborated with composer Dave Grusin on “Tootsie,” “And Justice for All” and “For the Boys”; with John Williams on “Fitzwilly,” “Pete ‘n’ Tillie” and “Sabrina”; with David Shire, “The Promise” and the theme for TV’s “Alice”; with Henry Mancini, “Sometimes a Great Notion” and “Gaily, Gaily”; with Johnny Mandel, “Summer Wishes, Winter Dreams”; with Elmer Bernstein, “From Noon Till Three”; and with James Newton Howard, “The Prince of Tides.”

With Grusin, the Bergmans also wrote the TV themes for “Maude” and “Good Times.” They won Emmys for the score of the 1975 TV musical “Queen of the Stardust Ballroom” (with composer Billy Goldenberg), a song for “Sybil” (with Leonard Rosenman) and two songs for Barbra Streisand for 1990s TV specials (with Hamlisch).

“Queen of the Stardust Ballroom” was adapted for Broadway in 1978 as “Ballroom,” which earned a Tony nomination as best musical. They later collaborated with Cy Coleman on the stage musical “Portraits in Jazz: A Gallery of Songs,” which led to another show, “Like Jazz,” that played L.A.’s Mark Taper Forum in 2003.

The Bergmans were inducted into the Songwriters Hall of Fame in 1980 and received its Johnny Mercer Award in 1997. They received a lifetime achievement award from the National Academy of Songwriters in 1995. The National Association of Recording Arts & Sciences (NARAS) presented them with a governor’s award in 2002 and its trustees’ award in 2013.

Marilyn became the first woman to be elected to ASCAP’s board of directors in 1985, and she continued to serve on the board even after stepping down as its president.

Longtime friends with Streisand, she co-wrote and co-produced the singer’s HBO special “One Voice” in 1986 and co-wrote her concert tour (later aired on HBO as “Barbra Streisand: The Concert”) in 1994.

Survivors include her husband Alan; a daughter, Julie; and a granddaughter.