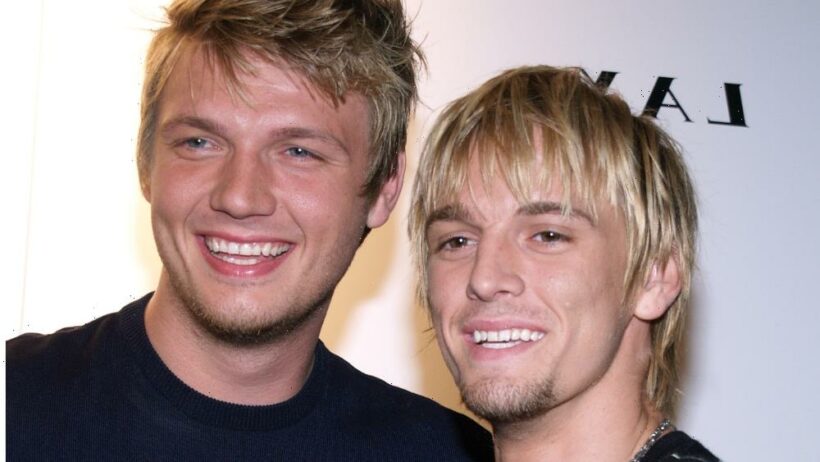 Nick Carter has paid tribute to his younger brother Aaron, who died at the age of 34 on Saturday.

According to reports, the singer was found unresponsive in his bath at home in Los Angeles.

Nick Carter is currently in the U.K. on the last leg of the Backstreet Boys’ European tour. The band are set to take the stage at the O2 arena in London on Sunday night (Nov. 6).

In a statement on Instagram, Carter posted a series of images of the brothers together – as children, teens and adults – along with a caption. “My heart has been broken today,” he wrote alongside the photographs.

“Even though my brother and I have had a complicated relationship, my love for him has never ever faded. I have always held onto the hope, that he would somehow, someday want to walk a healthy path and eventually find the help that he so desperately needed. Sometimes we want to blame someone or something for a loss. But the truth is that addiction and mental illness is the real villain here. I will miss my brother more than anyone will ever know. I love you Chizz., now you get a chance to finally have some peace you could never find here on earth….God,Please take care of my baby brother.”

Among the tens of thousands of replies included comments from Spice Girl Emma Bunton, who wrote: “I’m heartbroken for you and your family. Sending so much love,” and TikTok star Rod, who commented: “Love to you and your family Nick.”

Following the tragic news, there was speculation in the U.K. as to whether the Backstreet Boys’ concert at the O2 arena, which has a 20,000 capacity, would go ahead as planned. On Sunday afternoon local time the venue confirmed via Twitter the band were set to play. “Who’s ready to see @backstreetboys take to the stage tonight? Doors open at 6pm plus there’s a few final seats available,” The O2’s official account tweeted.

Earlier in the day the band’s support act, KnowleDJ, posted on Instagram stories he believed the concert would go ahead. “Hi guys, I’m sorry for the confusion,” he wrote. “It’s a really delicate time and this hasn’t been easy for me. And I’m just trying to help. As far as I’m told, the show is happening and I will be there tonight to do my set. But I’d suggest checking the official sites to be sure just in vase things change. Thanks for your patience and understanding, and let’s all pray for Nick and his family.”

Neither the Backstreet Boys’ official social media accounts nor the individual band members have publicly mentioned the London gig, however fans arriving at the venue on Sunday afternoon confirmed on Twitter it appeared to be going ahead.

Some other events scheduled alongside the tour have been amended or cancelled, however, including a planned meet and greet with Carter’s Backstreet Boys bandmate A.J. McLean organized by nail polish brand Ava Dean Beauty. “Hello Everyone, Due to unforeseen circumstances, the Ava Dean Beauty event scheduled for November 6th, 2022 has been canceled. We apologize for any inconvenience this may cause. Your order will be refunded back to the original payment method in 5-7 business days.” The post was signed off “A.J. and the Ava Dean Beauty Team.”

At a similar meet and greet for the beauty brand, which took place in Germany on Friday, McLean was joined by Carter and fellow Backstreet Boy Howie Dorough.

After the London concert there are only two dates left on the band’s European leg of the tour: Manchester, U.K. on Tuesday, Nov. 8 followed by a stand-alone gig in Belgium on Thursday, Nov. 10. The band then have just under a month’s break until the next U.S. leg of the tour starts on Dec. 6 in Detroit.