Catherine Zeta-Jones on working with Michael Sheen on ‘Prodigal Son’

See Nicole Kidman as Lucille Ball for ‘Being the Ricardos’

The 54-year-old actress walked the red carpet with husband Keith Urban at the 2021 CMAs, stunning in a black one-sleeve gown.

She showed off her abs in the Saint Laurent by Anthony Vaccarello dress, which featured both a midriff cutout and a thigh-high slit.

The “Big Little Lies” star opted for bold accessories, too, donning dangly earrings and a series of sparkling gold bracelets.

Urban, 54, color coordinated in a decidedly more casual ensemble, adding some sparkle to black pants and a T-shirt with a glittery gray jacket. 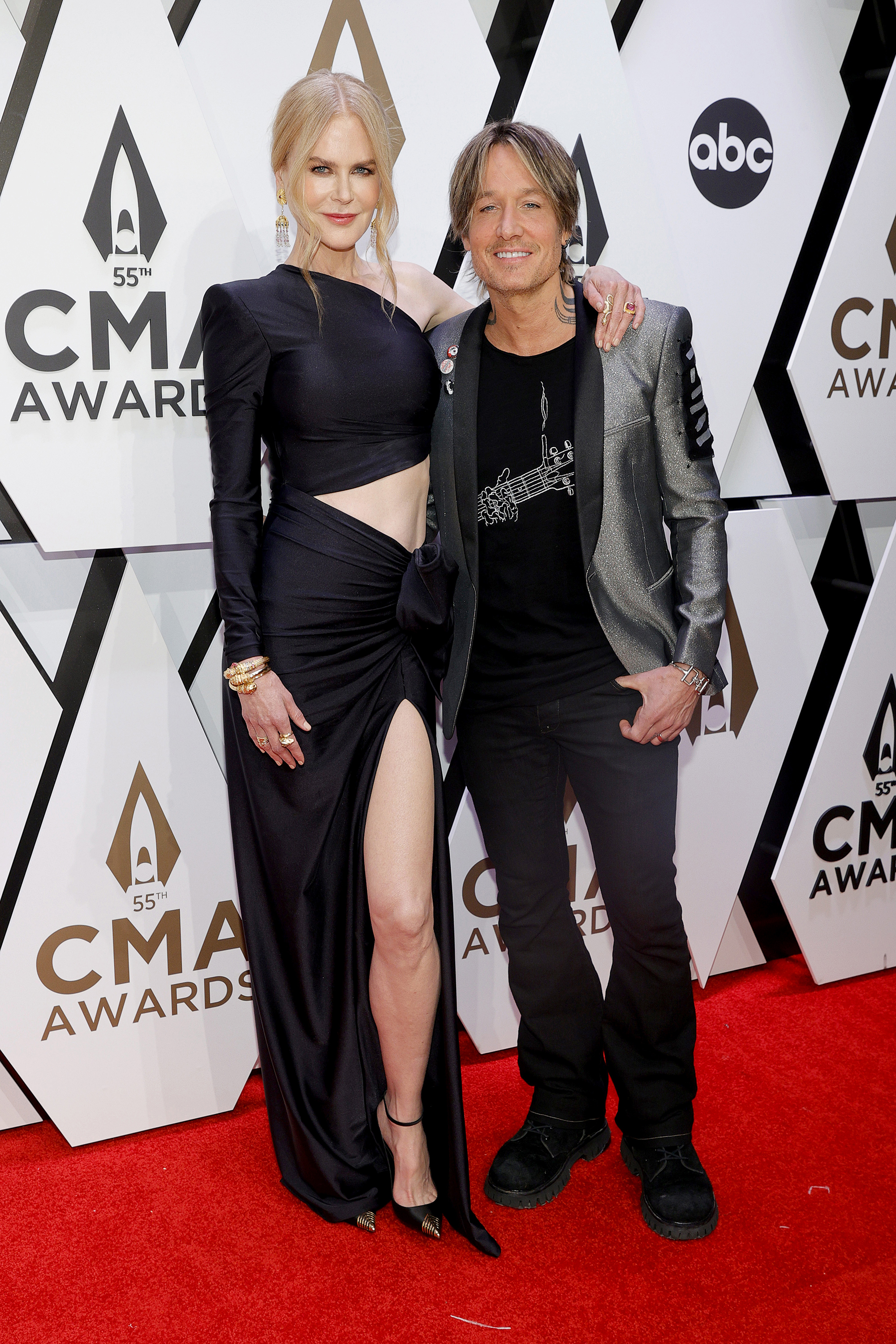 Kidman and Urban, who have been married since 2006, were one of many couples on the CMAs carpet; other attendees included Carrie Underwood — who also opted for a one-sleeve style — and husband Mike Fisher, Miranda Lambert and Brendan McLoughlin, and Hayley and Tyler Hubbard.

Luke Bryan hosted the star-studded show, where Luke Combs took home the prize for Entertainer of the Year Award. Chris Stapleton scored the most trophies of the night, winning in six categories.

Kidman’s appearance at the country music show comes shortly after fans got a glimpse of her performance as Lucille Ball in the “Being the Ricardo’s” trailer. The film about Ball and Desi Arnaz is slated to hit Amazon Prime Video Dec. 21.