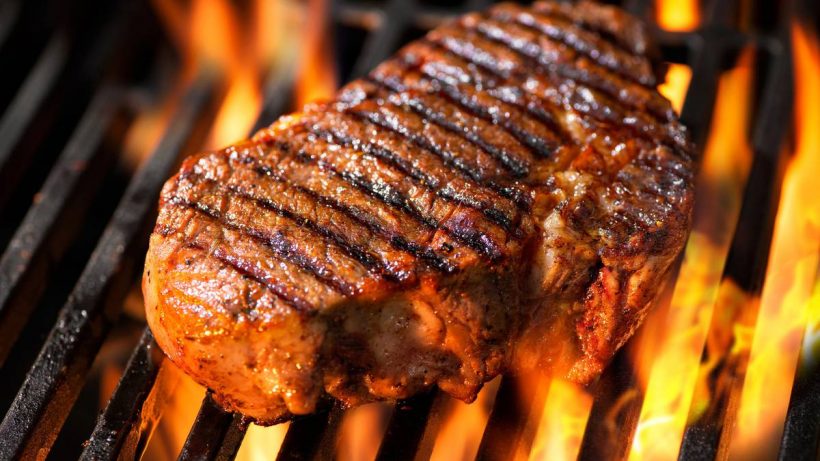 Summer barbecue meats can be made healthier with just a few simple measures.

Question:
When it comes to cancer risk, are barbecued meats less healthy than meats cooked in other ways?

Answer:
Fact and fiction surround the famous Kiwi barbecue. It is a fact, though, that cooking muscle meats, such as beef, lamb, pork, chicken and even fish, on a barbecue at high temperatures can produce several suspected human carcinogens. A recent observational study confirmed an association between higher intake of barbecued and grilled meats and a greater risk of colorectal cancer in women, adding to similar findings for both men and women.

Heterocyclic amines (HCAs) and polycyclic aromatic hydrocarbons (PAHs) are the two main groups of compounds formed, and experimental studies have linked both groups to cancer development. During high-heat cooking, HCAs form as a result of a reaction between the protein and a compound called creatine, which is found in muscle meats. So, temperature is a crucial factor in the formation of HCAs and the reason cooking methods such as grilling, barbecuing and frying are likely to result in more HCAs than baking, boiling or roasting.

PAHs form from the incomplete combustion of organic materials such as wood or meat. When barbecuing meat over a direct flame, fat drops on to the flame, partially combusts, then rises as smoke containing PAHs, which stick to the meat. Wood fires tend to lead to the formation of more PAHs than charcoal fires, with higher heat producing more PAHs.
Barbecues aren’t the only source of PAHs, though. They are also present in cereals and on vegetables, with contamination from the air, soil and water supplies the most likely cause.

Some, but not all, of the HCAs and PAHs formed during muscle-meat barbecuing are considered possible human carcinogens by the International Agency for Research on Cancer. But it’s debatable whether eating barbecued meats increases cancer risk.

A 2018 report on meat and cancer risk, by the World Cancer Research Fund (WCRF) and American Institute for Cancer Research, noted there is “limited – suggestive” evidence that grilled meats cause stomach cancer. So, more research is needed to determine if these carcinogens increase cancer risk.

Still, why not take a few precautions to reduce the formation of PAHs and HCAs when barbecuing this summer?

First, avoid contact between open flames and meat by increasing the distance between them. Also, lower the barbecue temperature slightly to reduce PAH formation. Choose small, low-fat meat portions that need minimal cooking, and remove any visible fat first, as this will prevent it dripping on to the flames and creating PAHs. Also, avoid charring the meat, but if it does happen, don’t eat the burnt bits.