OFF White designer Virgil Abloh was seen on the streets of New York just a month before his death at 41.

In the photos, Abloh shows off his collab snowboard with Russell Winfield in the streets of New York on October 29. 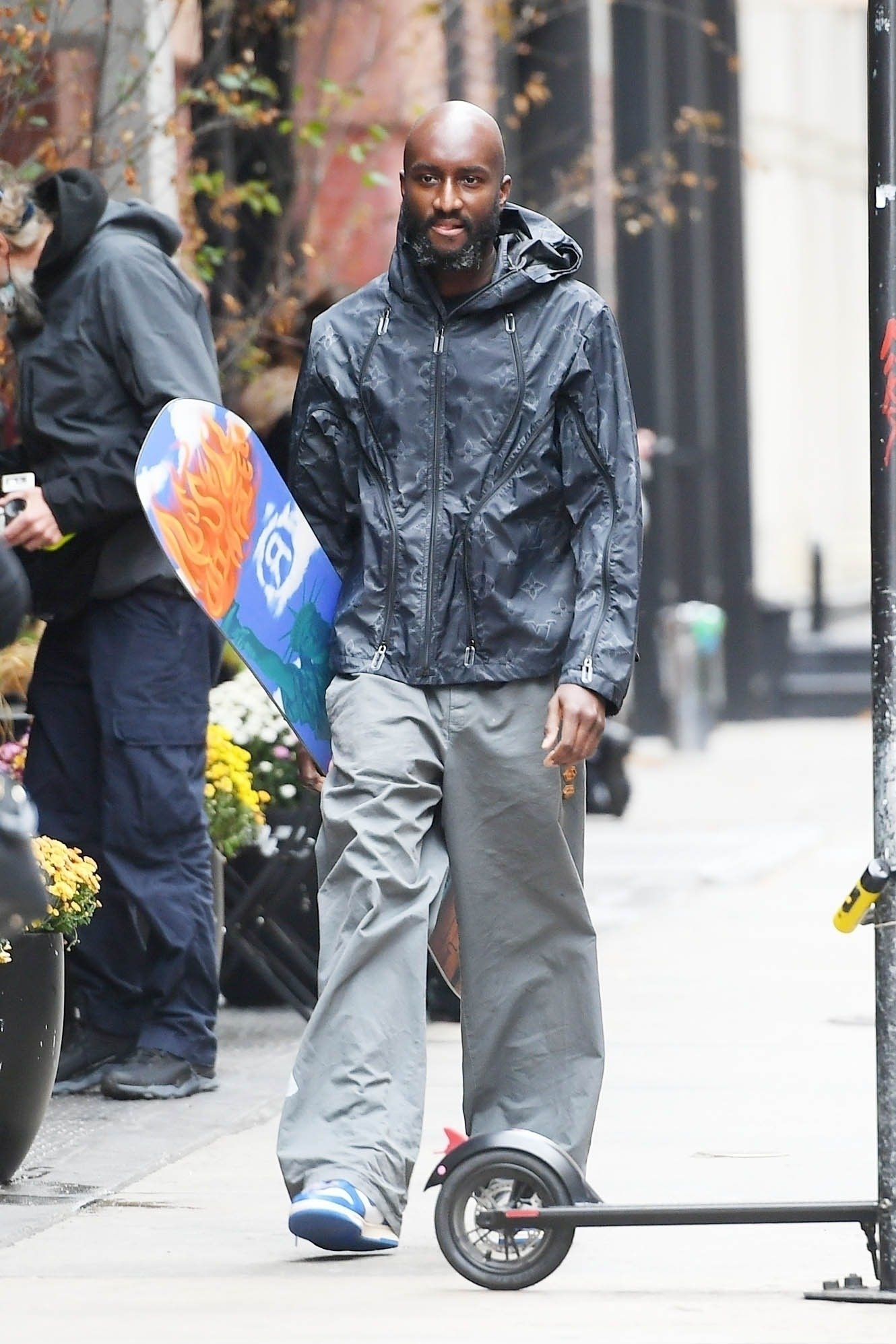 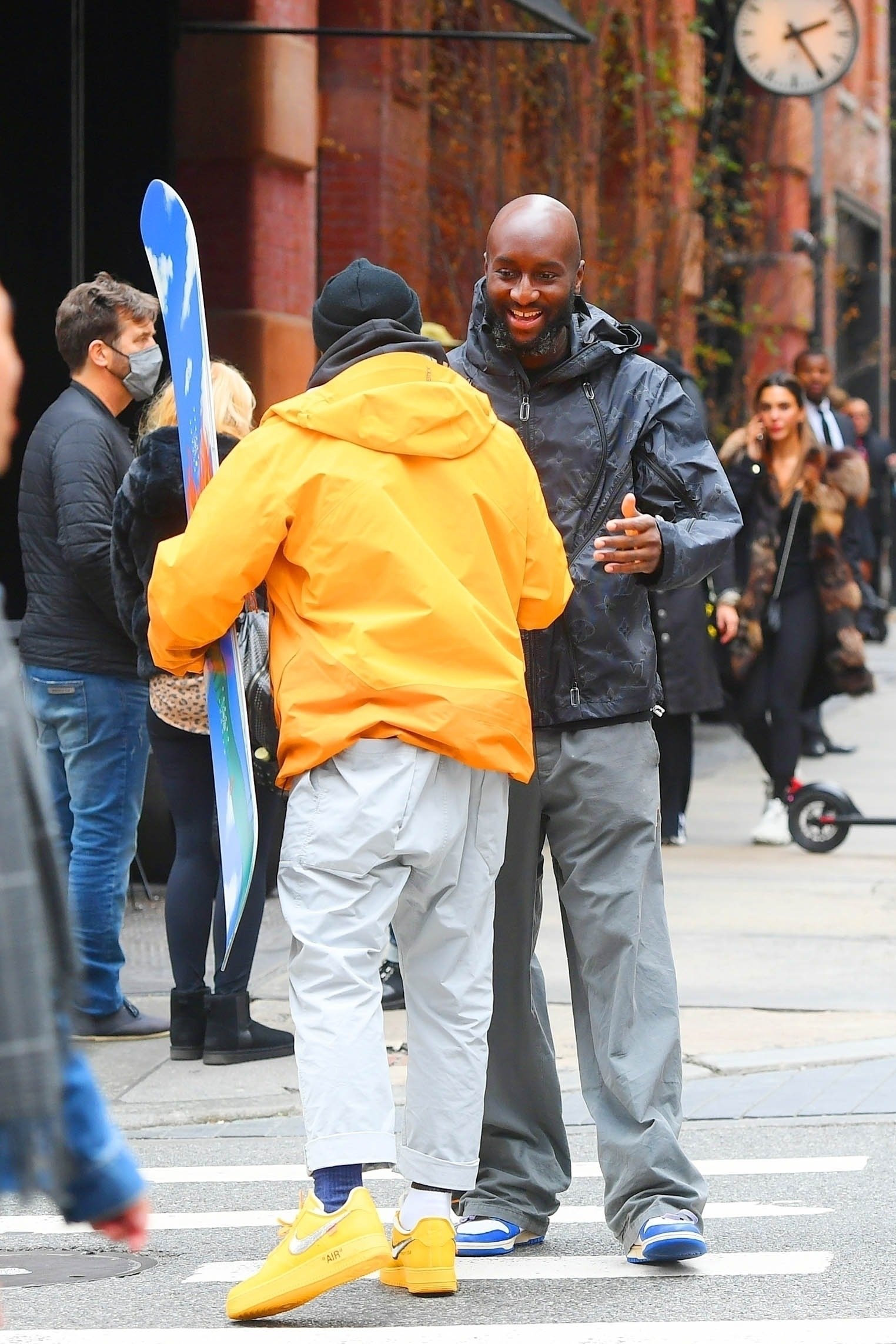 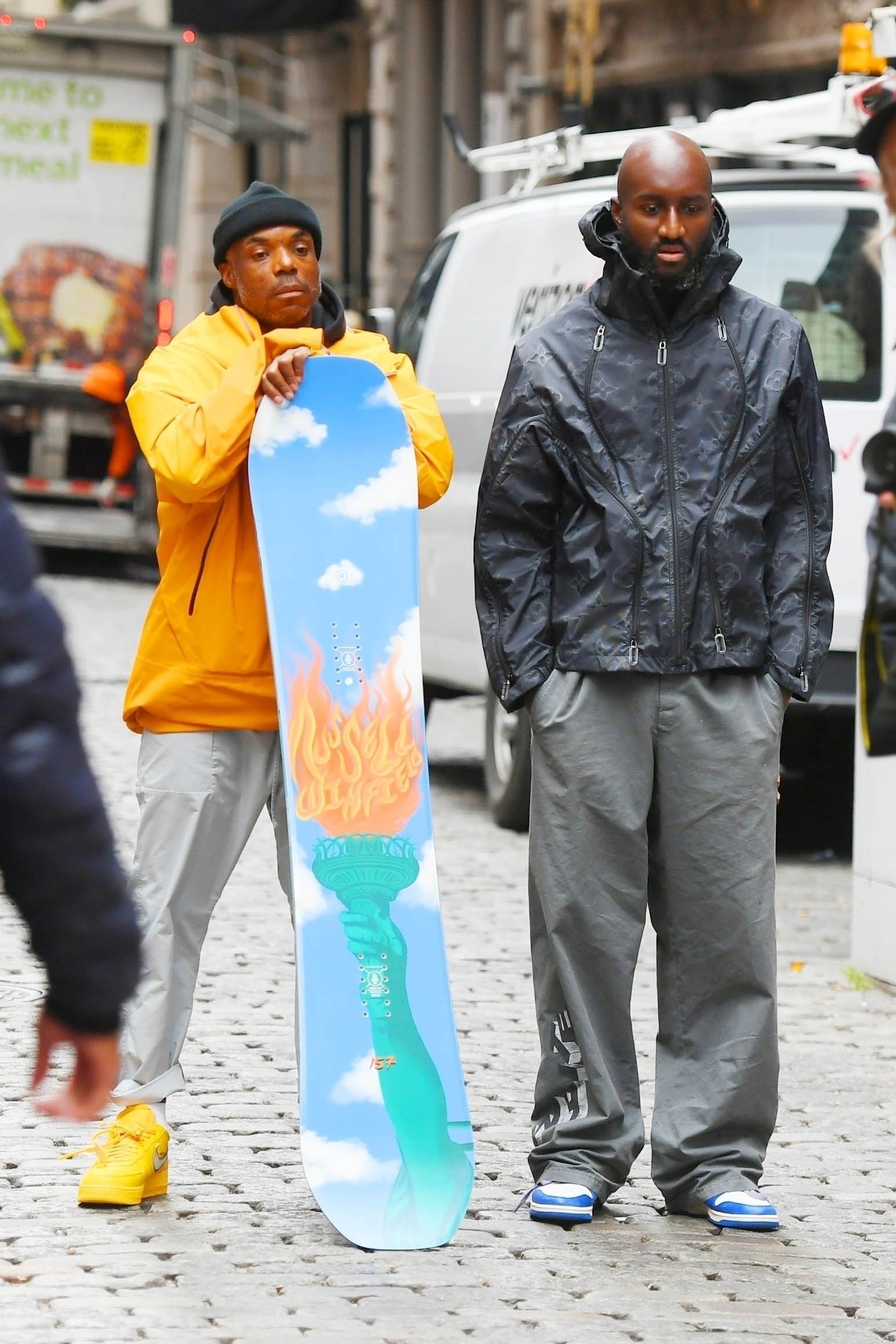 He posted a picture with the caption: "I love you brother ❤️❤️❤️❤️❤️❤️❤️ rest in power!! @virgilabloh"

Abloh was known for his work as a designer for Louis Vuitton, while also serving as the chief executive officer of the Milan-based label Off-White.

"We are devastated to announce the passing of our beloved Virgil Abloh, a fiercely devoted father, husband, son, brother, and friend," the caption reads in part.

"He is survived by his loving wife Shannon Abloh, his children Lowe Abloh and Grey Abloh, his sister Edwina Abloh, his parents Nee and Eunice Abloh, and numerous dear friends and colleagues.

"For over two years, Virgil valiantly battled a rare, aggressive form of cancer, cardiac angiosarcoma. He chose to endure his battle privately since his diagnosis in 2019, undergoing numerous challenging treatments, all while helming several significant institutions that span fashion, art, and culture."

Tributes continue to roll in from all over, including from Drake.

The rapper posted a photo of the two on Instagram with the caption: "My plan is to touch the sky 1000 more times for you…love you eternally brother 🕊thank you for everything"

Designer Marc Jacobs commented on Abloh's Instagram post: "I am so sorry to read this. My thoughts and prayers go out to his family and loved ones.

"May you Rest In Peace and Power dear Virgil."

The family asked for privacy as they grieve and mourn Abloh's death. 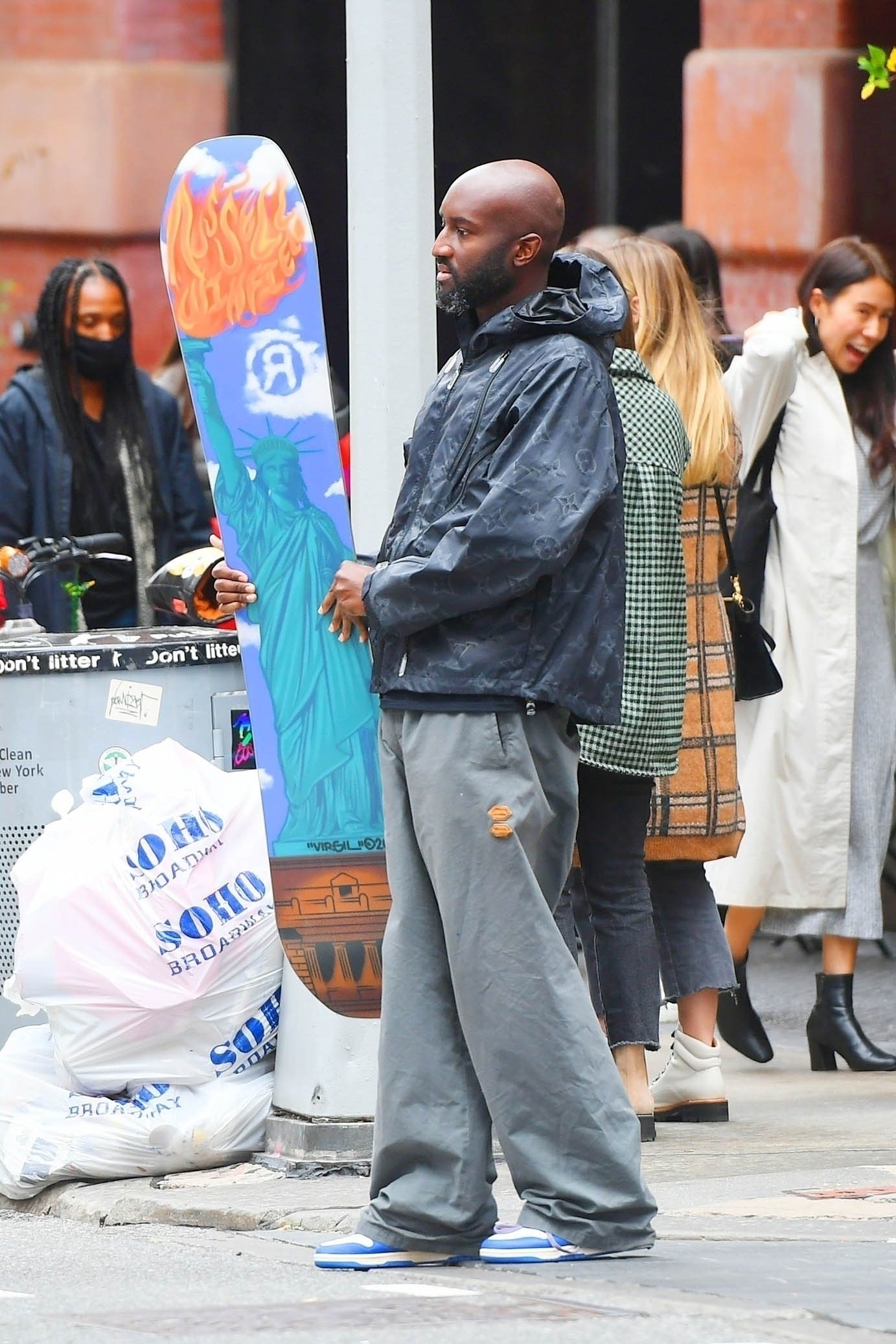 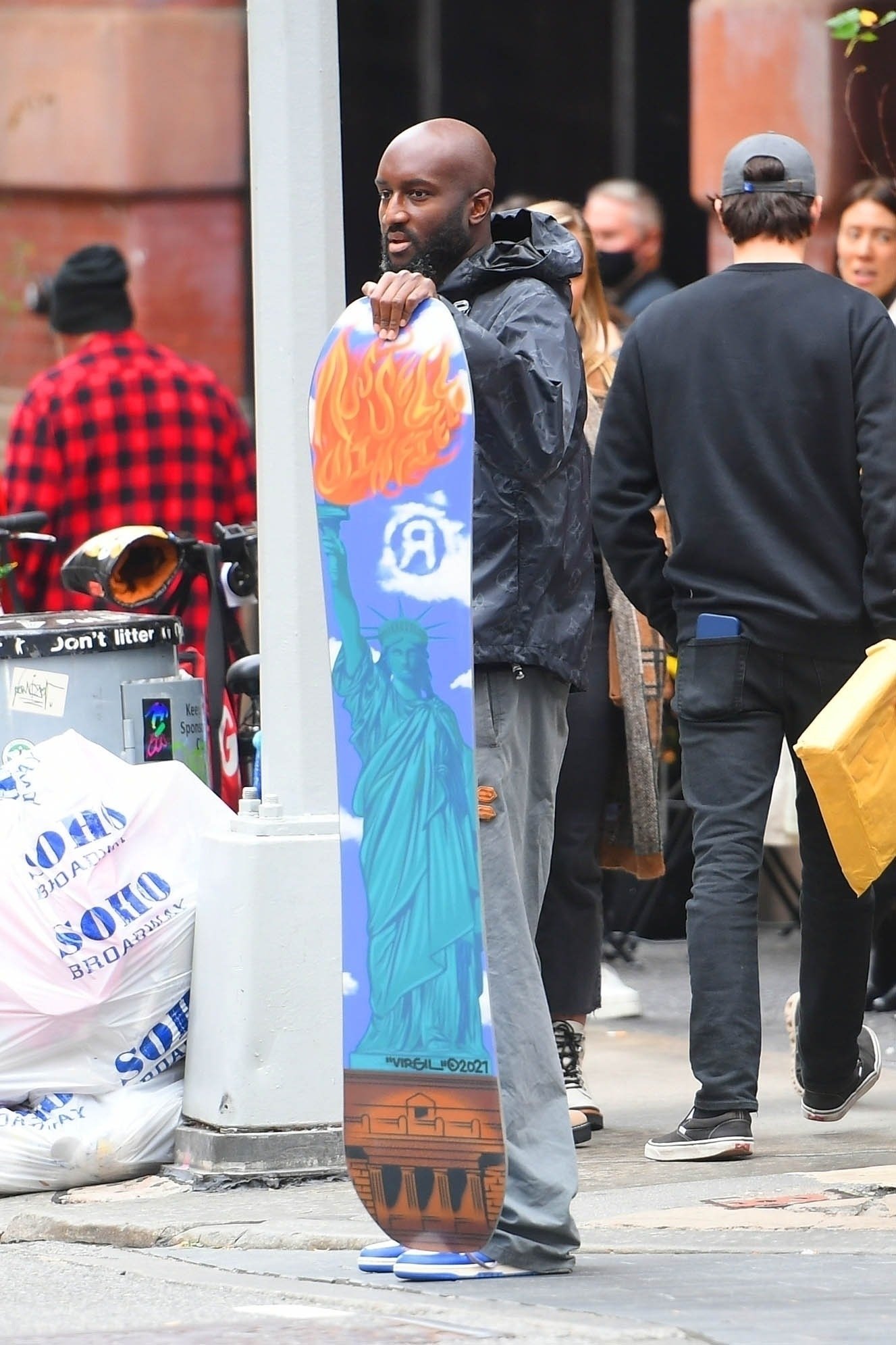