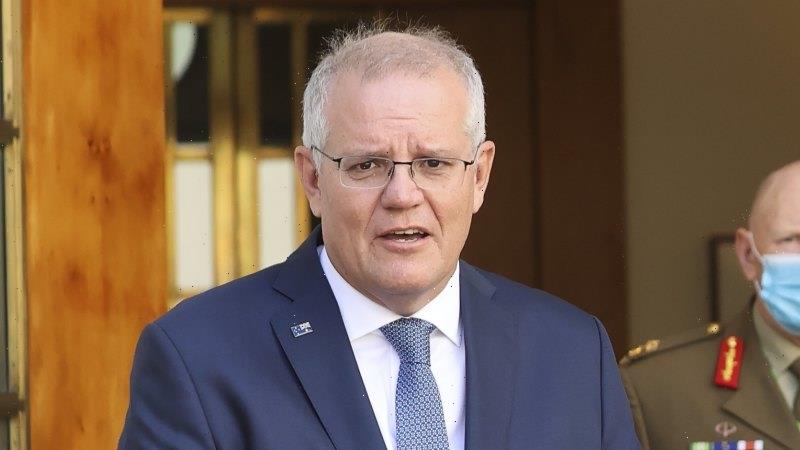 Prime Minister Scott Morrison has acknowledged the Omicron strain of the coronavirus has spread more quickly than he and his officials first expected but he has denied taking a “let it rip” approach to surging case numbers.

With the nation now facing more than 500,000 active cases, Mr Morrison said on Monday the strain had grown at a “very strong” rate compared to the government’s early estimates but had turned out to be less severe. 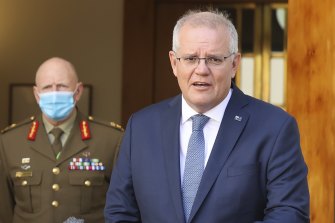 The comments came after Labor leader Anthony Albanese accused the Prime Minister of bungling the planning for the latest wave with a “let it rip” approach that failed to deliver enough vaccines and rapid antigen tests.

“This government, on so many areas, is creating problems which are having an impact on the real lives of people because of a failure to plan,” the Opposition Leader said.

Mr Morrison insisted the best medical advice was to avoid lockdowns and to ride out the wave of Omicron cases, which the government expects will peak in late January.

“You push through, you don’t lock down,” he said.

Mr Morrison confirmed on Monday that he would take proposals to state and territory leaders to fix supply chain problems by allowing more essential workers to return to work even if they were close contacts of someone with the virus, while he also wants an agreement at national cabinet on Thursday to resume in-class teaching at schools.

While NSW has 2030 people in hospital with COVID and Victoria has another 818, the Prime Minister said half of those hospitalised were admitted for “other reasons” than the virus.

He said not all of the 299 people in intensive care wards were there because they had COVID and noted that only 78 people nationwide were on ventilators.

Asked on Monday morning if Omicron had spread faster than he had expected, Mr Morrison said nobody had a “crystal ball” but that the severity of the strain had turned out to be lower than first thought.

“Its rate of escalation has been very strong and I would agree that has been moving at a very quick rate compared to our early estimates.”

“What I said was it has increased higher than the estimates that we saw. I think that’s a fairly direct answer,” Mr Morrison replied.

Chief Medical Officer Paul Kelly said Australia was now experiencing the same surge that had occurred in other parts of the world.

“That is new for us but that is the reality – it’s a reality of living with COVID. We will have cases and when you have such a transmissible virus they will spread quickly and the case numbers will go up,” he said.

“But they are mostly mild or asymptomatic. We have to remember that, very, very much so.

“Our approach nationally has been to suppress the virus to make sure that our healthcare system is coping, and it is coping.”

Professor Kelly said there were challenges in NSW and Victoria but the government had expected and planned for those challenges, with “surge plans” in place.

But some medical experts have accused the government of failing to plan for Omicron while Australians deal with a shortage of rapid antigen tests while case numbers rise.

OzSage, a group of experts including epidemiologist Raina MacIntyre and economist Richard Holden, both from the University of New South Wales, called on Monday for a “course correction” in government policy to slow the spread of the new strain.

“Australian governments must immediately take action to tackle the present COVID crisis by delaying the return to face-to-face schooling, and reinstating necessary infection mitigations and financial supports,” said the OzSage group, which has 11 executive members.

“The health system is under immense strain, businesses are shutting due to sick staff. Consumer spending estimates show Australians are in a shadow lockdown already.”

The group said every Australian should have access to free rapid antigen tests and N95/P2 masks.

Mr Albanese said on Sunday the government had taken a “let it rip” approach while being too slow to supply vaccines and test kits.

“If you fail to plan, you’re planning to fail. And Scott Morrison has been too interested in saying, ‘She’ll be right, mate’. And we saw him joking about living with COVID at the cricket. And I think people will look at those remarks and just say, ‘How out of touch are you?’ Because so many people are doing it so tough at the moment,” Mr Albanese said.

“The fact is that Omicron has changed everything,” he said.

“If Labor are for lockdowns, that’s for them. My government is for keeping Australia open and pushing through.”