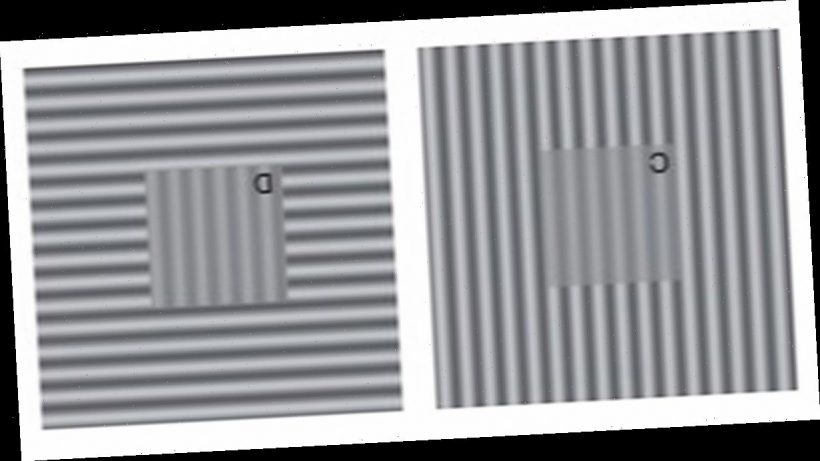 A new research has found depression can have an impact on how you physically see things.

Published in the Journal of Psychiatry and Neuroscience, a group of Finnish researchers tested the visual perception of people.

Although the larger squares were different colours, the two inside were actually the same.

But the human brain usually perceives B as darker as a result of the lighter background.

Researchers said both groups were mostly able to tell the difference between the two squares.

Then in the second test, participants were given two more identical squares C and D which contained vertical lines.

However square C was set against a matching background, while D was put against horizontal lines.

As a result, the lines in square D are usually perceived as much bolder because of the contrast.

And that's why researchers found that depressed patients generally struggled to see this.

Want to bring a little glamour to your life every day with all the most exciting real-life stories, fashion and even sex tips HOT off the press?

Well, we've got you covered with our great new Hot Topics newsletter – it'll drop straight into your inbox around 7pm and you can unsubscribe whenever you like.

And signing up now means you'll get a front row seat for our great new series inside the lives of the next generation of Daily Star Page 3 girls.

They believe an episode of depression impacts how the cerebral cortex in the brain processes visual contrasts.

Viljami Salmela, The University of Helsinki's Academy Research Fellow, said: "What came as a surprise was that depressed patients perceived the contrast of the images shown differently from non-depressed individuals."

The paper read: "Because contrast suppression is orientation-specific and relies on cortical processing, our results suggest that people experiencing a major depressive episode have normal retinal processing but altered cortical contrast normalisation."

Around 111 people took part in the study who had experienced depression while a further 29 patients didn't have a history of mental health problems.