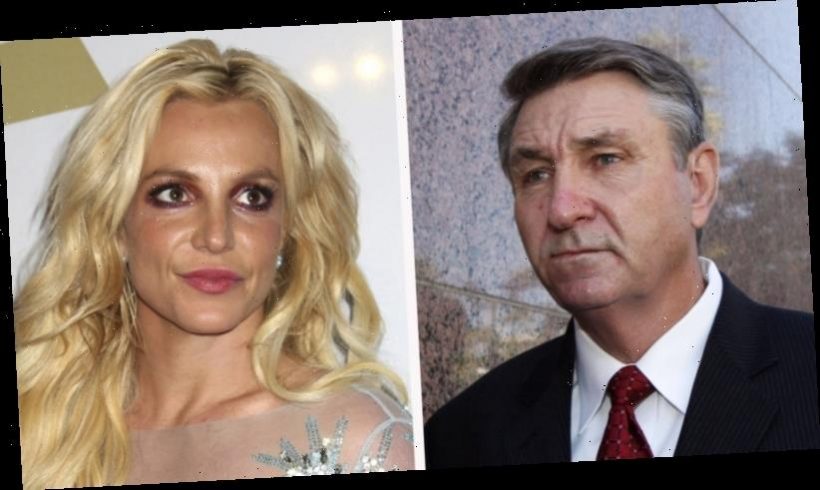 To dismiss the legal battle to control the multi-million dollar fortune of pop singer Britney Spears as a story of celebrity fame gone bad is a misunderstanding of the problem, says documentary producer/director Samantha Stark.

Framing Britney Spears, the New York Times documentary about the legal “conservatorship” of the 39-year-old singer which has been in force for more than a decade is, she says, a story about the treatment of women. 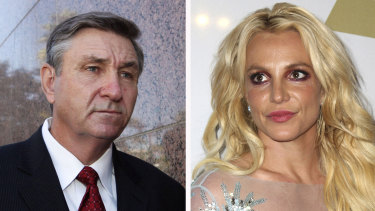 “I makes it too easy to say, oh, that only happens to celebrities,” Stark says. “Britney, from a very young age, was trying to be in control of herself, of her body, of what she looked like, of how she expressed herself. She was celebrated for that by kids but she was totally shamed for it by adults.

“That shame cycle kept going, and when it comes to mental health issues or appearance, I think that happens to young women all the time. So I think we see Britney presented on this gigantic stage, but I think that it happens in high schools everywhere. To me, it’s a story about confronting ourselves with how we treat women.”

Since the documentary aired in the US earlier this month – it will air in Australia this week on the Nine Network (Nine is the owner of this masthead) – support for the star, and the #FreeBritney movement which is campaigning to break the legal conservatorship which controls her, has grown.

Singer John Mayer said: “I have a very strong feeling that a lot of these things that happen to female performers is endemic to being female.” Actor Amber Tamblyn said: “I hope Britney is freed of that conservatorship. It is baffling that any judge would continue to uphold it.” Singer/actress Bella Thorne said: “We all did this to her.“ And Spears’ ex-boyfriend Justin Timberlake, reflecting on the part he played in it, said: “I am deeply sorry.”

Framing Britney Spears explores a legal wrangle which began in January 2008, when Spears was hospitalised after what appeared to be a drug-related breakdown. Custody of her children was given to their father, Kevin Federline, after an emergency court hearing, and Spears was placed under a conservatorship controlled by her father, Jamie Spears.

More than a decade later, during which Spears continued to work – launching a successful Las Vegas show, and selling more than 100 million sold records worldwide – she has no control over her personal finances or decisions about her day to day life.

In August last year, Spears took steps to break the agreement. In documents filed in the Superior Court of California in Los Angeles county, she said she was “strongly opposed” to her father continuing in the role. Instead, she asked for a “qualified corporate fiduciary” to serve in the role.

A month later the court approved the Bessemer Trust – a New York family money management company which oversees around US$140 billion in wealth belonging to approximately 2500 families – as co-conservator of Spears’s estate alongside her father. 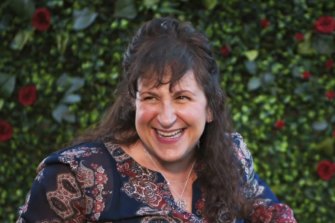 Trying find the villain of the story, however, is harder than it seems. Spears’ father Jamie is the obvious choice. But what about the paparazzi who hunted and exploited her? And the society which handcuffs women in such situations but rarely men? Is fame itself to blame?

Ultimately, Framing Britney Spears becomes a polemic on the shifting tides of gender bias, but also on the media machinery which eats some celebrities alive. There are stunning images, of Spears breaking down during interviews, being cornered by a mob of photographers and a press conference where Spears is asked whether she is still a virgin.

New York Times senior story editor Liz Day concurs, adding that the reaction to the documentary was a reckoning by the audience with their own complicity. “For me, it’s triggered a lot of reflection on who are we doing this to today, that we’ll look back on in five or 10 years and think, that coverage of Meghan Markle, or Kanye or Chrissy Teigen was really insensitive?”

The idea of making a documentary about Spears had been on a to-do list in the New York Times investigations team since Day joined the newspaper in 2008. She saw it, she says, as an O.J.: Made in America-style examination of the Britney Spears story.

“As we started filming, [and we] started talking to the #FreeBritney people and learning more about her conservatorship, which had been very stagnant for many years, we realised that we have a way bigger story on our hands,” Stark says. “It really felt symbolic, this idea that she’s controlled by her father and that we’re excavating all this misogynistic and paternalistic coverage of her.”

One of the central pivots on which the documentary turns it that Spears herself does not appear in it. (Stark and Day made repeated approaches to both Spears and members of her family but got no response.) But in a purely journalistic sense it helps the documentary steer a centre line, compared to, say, HBO’s Allen v. Farrow which is deeply shaped by the involvement of one of its combatants, Mia Farrow.

“We wrestled a lot with a making a film without Britney, without her direct participation [because] in a lot of ways, as a journalist you always want to hear directly from the source,” Day says. “So we really grappled with how to capture the truth and without [depending on] someone who claimed to know what she was feeling.” 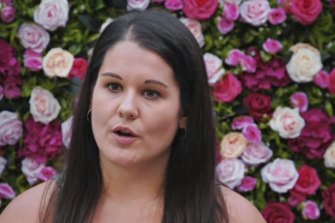 Stark says the program instead tried to deconstruct the historical record, and understand where it had deviated from the truth. “One thing that we were really trying to do was show you what was outside the frame of what you know about Britney Spears, it’s one of the reasons it’s called Framing Britney Spears,” she says.

“When we first started I asked everybody what’s the first thing you think of when you think of Britney Spears and a bunch of people said when she shaved her head, that still frame of her shaving her head with no context around it,” Stark says. “So part of the mission of the film was to look at what was outside that frame and tell you the fuller story.”

“The answer is we don’t know, because this tight kind of circle of silence around her is enabled by the conservatorship,” Stark says. “Her conservator is able to limit who comes to visit her, who she interacts with [and] we’ve heard from many journalists that in order to interview Britney, which is very rare, there’s a lot of oversight by her team, people standing over shoulder, we’ve heard people say that they have to agree to give her team final cut over what is in the interview.”

One statement, from her lawyers, is telling. It said: “Britney is vehemently opposed to this effort by her father to keep her legal struggle hidden away in the closet as a family secret [and] welcomes and appreciates the informed support of her many fans.” That speaks for itself, says Day.

The success of the documentary, perhaps in part surfing a wave of hit documentaries including Crime Scene: Vanishing at the Cecil Hotel, Fyre: The Greatest Party That Never Happened, Fake Famous and Allen v. Farrow, means that something usually reserved for Hollywood blockbusters – a sequel – is now being tabled.

“There were so much we had to leave out and not get into and so much nuance and so much more, particularly around the origins of the conservatorship,” says Day. “The other players involved with the conservatorship … we would love to be able to explore that more in depth. We are interested in pursuing any additional information that people want to provide.” 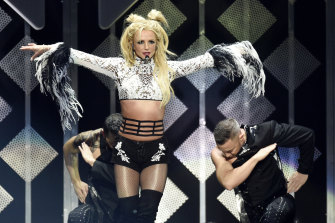 And despite its genesis as a wave of Twitter hashtag activism – remember #StopKony? – the filmmakers hold high praise for the #FreeBritney movement. Stark says the value they bring to the narrative is singular focus on one thing: the conservatorship.

“It’s so easy to write teenage girls off as hysterical and silly, which I think is a reason why Britney was treated the way she was, but one thing that they are doing is shining a spotlight on the conservatorship system, and they’re asking a lot of legitimate questions,” says Stark.

“So by writing them off as a conspiracy theorists and not listening to them, it does take away these questions that they’re asking about, where are the conflict of interest in the system?” she says. “How is someone who is making millions of dollars, one of the biggest Las Vegas shows in history, making albums and a judge on The X-Factor?

“How is that person also a person we are told is unable to make very basic decisions in their own best interest? It’s the central mystery of what’s happening,” Stark says. “And those are legitimate questions to ask.”