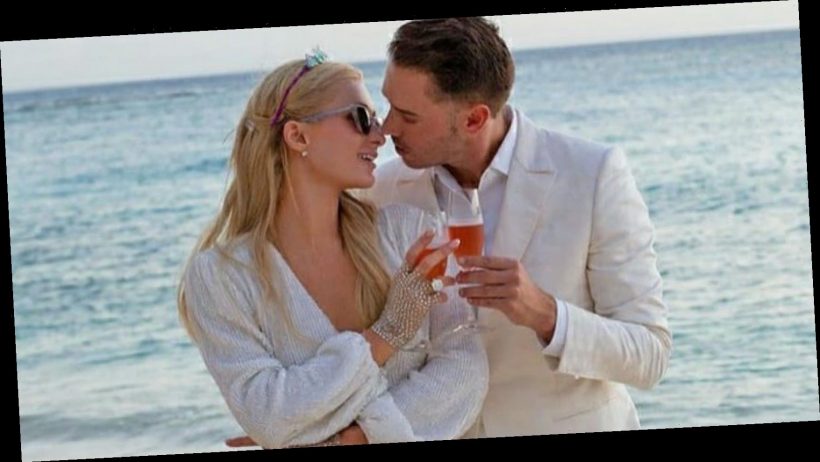 Socialite and business woman Paris Hilton and her boyfriend Carter Reum are engaged, and true to the former reality star’s lavish style, their engagement was anything but simple. PEOPLE Magazine confirms that Reum popped the question to the DJ after a year of dating. The couple have since confirmed the news to the media.

Hilton explained the ongoing coronavirus pandemic made her realize Reum is the one she wants to spend the rest of her life with. “This past year with COVID has accelerated so many things. As someone who traveled constantly, I had a chance to stay home and re-evaluate what was important to me,” she said to the publication. Hilton added, “my relationship and the time I spent with Carter was a gift. I’m excited for our next chapter.”

Her new fiancé echoed the same sentiments, mentioning that quarantining together only brought the couple closer. “I have gotten the unique opportunity to get to know the real Paris on a daily basis just the two of us during these past 15 months and I couldn’t be more excited and lucky to have her as my future wife and partner,” Reum explained.

The news of their engagement broke on February 17th – Paris’ birthday. The socialite turned 40-years-old this year. Paris has since shared various photos and clips from the engagement, which appears to have taken place in a private cabana on an island.

According to Vogue, Reum, a venture capitalist, popped the question while the pair were celebrating Paris’ upcoming birthday on the private island. After she said ‘Yes,’ the newly engaged pair posed for a series of photographs at their engagement sight alongside close family. Hilton’s younger sister, Nikki Hilton, is present in some of the photos as well as Reum’s brother. But perhaps the start of the shoot was Hilton’s stunning dress.

The publication explains Hilton wore a white, sparkling Retrofete dress and matching crown made by designer Loschy. The gorgeous dress is still available in some sizes on Retrofete’s website, costing buyers a cool $985. It’s described as a “meticulously embellished, maxi-length design” featuring an invisible back/zip closure. It’s only available in silver and white.

As for Hilton’s engagement ring, it’s just as glamorous as her outfit. Vogue explains the emerald cut diamond ring was specially designed by Jean Dousset, who happens to be the great-great-grandson of Louis Cartier. Dousset named the ring ‘Paris’ after her. A video posted to Hilton’s YouTube channel earlier today outlines the effort that went into designing the mesmerizing, hand-painted ring. While the exact cost of the ring is unknown, Pure Wow estimates it cost upwards of over $1 million. It’s approximately 15 to 20 carats.

While Hilton is famous for being in the public eye from a young age, including her infamous stint on The Simple Life, her new fiancé is well known in the business world. Reum is an author, entrepreneur, and venture capitalist, perhaps best known for founding M13 Ventures, an angel investment firm. Gossip Gist estimates that his net worth sits at approximately $300 million.