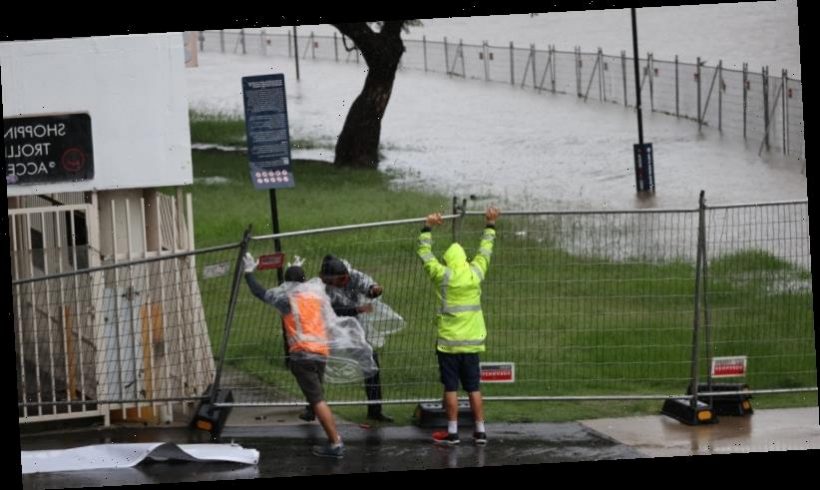 Powerhouse Parramatta bosses have defended the museum’s site following its weekend flooding, saying water levels “would not have come within four metres” of the future building’s entrance.

A flood warning was issued on Saturday for the ground floor of the four-level car park that’s to be demolished to make way for the museum, sparking renewed criticism around the contentious development. 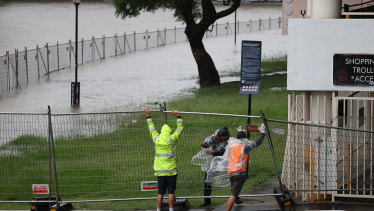 Men struggle to lift a fallen fence that surrounds the Powerhouse Museum site as the Parramatta River overflows.Credit:Dylan Coker

But Peter Collins, president of the Powerhouse Trust, said the weekend’s flooding proved that the new museum was “positioned well above even the rarest of flood events”.

“The flooding we saw on the weekend wouldn’t have come within four metres of the museum entrance,” he said.

“Powerhouse Parramatta will be a very safe building for people to visit and for the collection to be exhibited.”

The museum cited an analysis by “international engineering and flood specialists ARUP” that found Saturday’s “flood water would have only just entered the riverfront undercroft”, an area built into the design of the new museum to allow the passage of flood water.

ARUP’s David Harding said its analysis showed “it would take a river flood event worse than any ever recorded for river flood water to get into the ground floor of the new museum”. 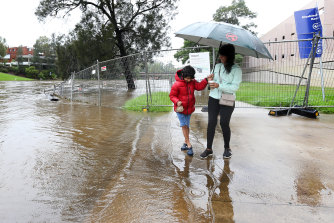 Out and about near the Powerhouse Museum site with the rising Parramatta River.Credit:Dylan Coker

“The provision of a riverfront undercroft ensures the museum’s ground floor is always protected from flood water,” she said.

The flooding of the site reignited criticism around the state government’s development, including from locals opposed to plans to dismantle the 19th-century mansion Willow Grove to make way for the museum.

Parramatta Labor councillor Donna Davis shared a video of the soggy site in a Facebook post and said: “That’s why we know this is not the best place for a squillion $ museum”.

“It’s not too late to rethink this project, #SaveWillowGrove & give our city the arts & cultural precinct it deserves and needs – safe from flood waters.”

In a press conference appearance alongside Premier Gladys Berejiklian on Monday morning, Geoff Lee, the Liberal member for Parramatta, denied the site had been “flooded”.

“The Powerhouse is built above the one-in-a-1000 year flood level. It is above most of the CBD. Their collection is safe, the museum will be safe,” he said.

“Those misguided people should actually look at the engineering. We’ve spent a lot of time, a lot of money, and are actually going to deliver a world-class Powerhouse Museum for the people of Western Sydney that they deserve.”

Lee said he’d visited the site on Sunday and that water levels were well below the one-in-a-1000 year flood level of the museum’s ground floor design.

“Of course there’s a little bit of water there, but the level… It’s five metres up,” he said. “You just walk and have a look, you see it’s not flooded… People are misguided saying it’s going to flood.”