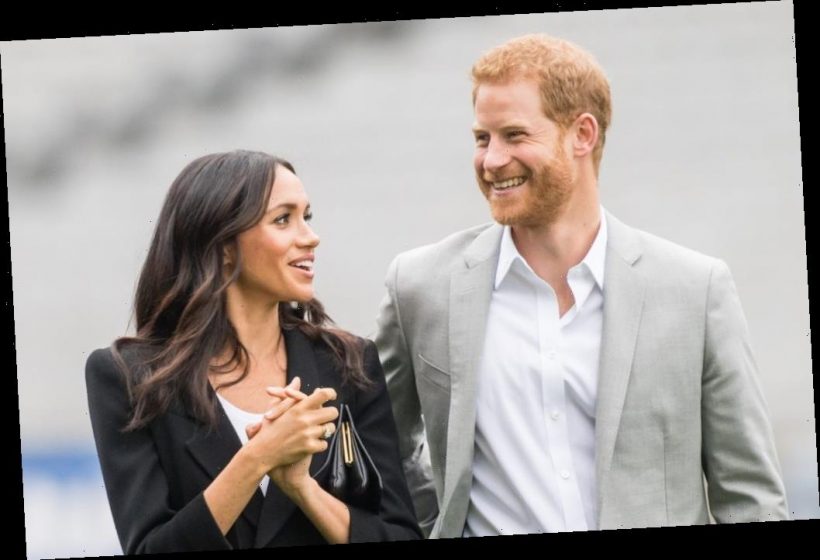 Prince Harry and  Meghan, Duchess of Sussex are trying to live as normal of a life as possible. Since stepping back from their positions as working members of the royal family, they have transitioned from royal duties to focusing on their growing family. In a recent interview with The Late Late Show with James Corden, Harry revealed just how conventional nights are in the Sussex household. Here’s what a normal night for Prince Harry and Meghan looks like.

In Jan. 2020, Harry and Meghan announced that they wanted to find a way to still serve the queen and the royal family while becoming financially independent. Unfortunately, the queen determined that was not possible and the two had to completely step down from their roles as senior working royals.

“Following many months of conversations and more recent discussions, I am pleased that together we have found a constructive and supportive way forward for my grandson and his family,” Queen Elizabeth II said in a  statement.

“Harry, Meghan, and Archie will always be much loved members of my family,” she continued. “I recognise the challenges they have experienced as a result of intense scrutiny over the last two years and support their wish for a more independent life.”

Despite rumors alleging that Harry “walked away” from his family and royal life, he told Corden that that was not the case and never would be.

It was never walking away; it was stepping back rather than stepping down. You know, it was a really difficult environment, as I think a lot of people saw. We all know what the British press can be like, and it was destroying my mental health. I was like, this is toxic. So I did what any husband and what any father would do. It’s like, I need to get my family out of here. But we never walked away, and as far as I’m concerned, whatever decisions are made on that side, I will never walk away. I will always be contributing. My life is public service, so wherever I am in the world, it’s going to be the same thing.”

After spending time in Canada, Harry and Meghan decided to buy a home in Montecito, California. The 18,671 square-foot house cost the Duke and Duchess of Sussex $14.6 million. Their new home has nine bedrooms, 19 bathrooms, a library, a game room, a wine cellar, theater, gym, spa, wet and dry saunas, a pool, tennis court, and a children’s cottage.

What does a normal night look like for Prince Harry and Meghan Markle?

Though the two are committed to devoting their lives to service, their evenings are looking much more like those of the average person than they ever have.

“Depending on how the day has been, how busy it’s been, we’ll do Archie’s tea, give him a bath, read him a book, put him down, go downstairs, might cook a meal, might order a takeaway, go upstairs, sit in bed, turn the tv on, watch some Jeporady, then we watch a little bit of Netflix,” Harry revealed to Corden.