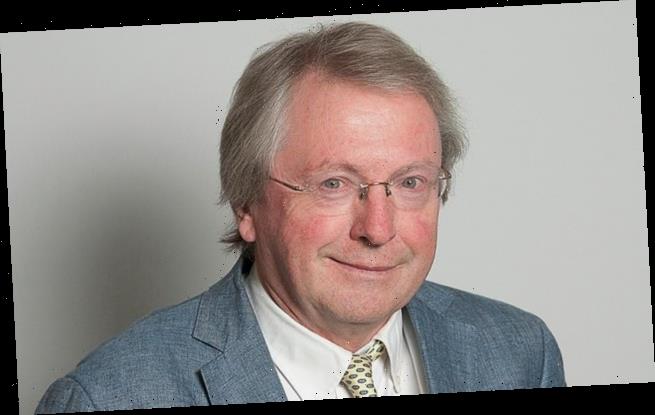 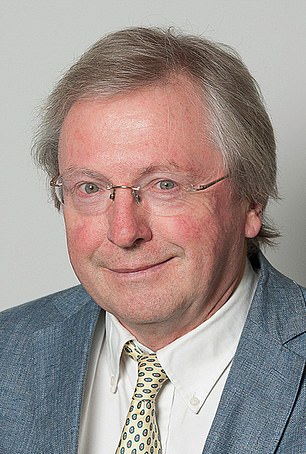 Professor Angus Dalgleish (pictured) said: ‘The administration of the jabs has lacked the dynamism that might be expected at a time of national emergency’

Amid the grim return of a nationwide lockdown, the Government is banking on a successful rollout of the vaccination programme as the route back to some form of normality.

Indeed, in his sombre broadcast on Monday, the Prime Minister presented the vaccine as a shining source of hope in the darkness of renewed restrictions.

Against this backdrop, the Government has had to ration the delivery of doses, with priority being given to healthcare workers and those with the highest rates of Covid mortality, namely the elderly and those with chronic conditions.

The need to protect the NHS workforce is obvious – and one that, as a doctor, I fully support. At present, Covid is forcing hospitals to lose between 10 and 30 per cent of staff. That drain on precious resources cannot continue.

But I disagree with the other priority for the elderly and chronically ill – not because I am heartless and do not value the lives of the vulnerable – but for reasons of practicality and efficacy.

If, as the Government claims, the primary aim of official policy is to halt the transmission of the disease, then vaccinating these two groups will have only a limited impact. Most of the people in these groups are likely to be shielding already and so protected to some degree. Nor are they the individuals largely responsible for the spread.

That is why it would be far better to target the younger, more economically active and social population – and especially the key workers who have most contact with the public such as supermarket and delivery staff, those who work on public transport, postal employees and of course teachers.

I welcome Health Secretary Matt Hancock’s statement yesterday – somewhat belated – that teachers have a very strong case to get vaccine priority. Such a change in approach would reduce rates of infection in the wider community rapidly.

It would also have a tremendous advantage in that, by giving protection to vital workers, it would allow the economy to move out of its current destructive paralysis.

Without such a change in strategy, the effect of this third national lockdown will be even more devastating than what has gone before, reflected in soaring business failures, debts, job losses, worsening mental health and the consequences for those suffering other health problems who cannot get the tests or treatment they need.

There is nothing cruel about prioritising vaccinations in this way. Indeed, the opposite is true. By driving up immunity and reducing the spread of the disease, we would actually lower the risks to the vulnerable.

This is no time for virtue-signalling or empty posturing.

We are at war with a unique menace. The threat can only be dealt with effectively in a spirit of dispassionate realism about exactly how this disease is spreading.

Professor Dalgleish is an oncologist at a London teaching hospital and a signatory to the Great Barrington Declaration, which calls for protection of the most vulnerable rather than economically ruinous lockdowns