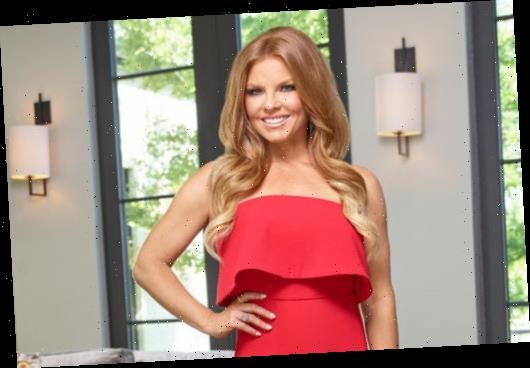 “Real Housewives of Dallas” star Brandi Redmond revealed she was suicidal after posting a racist video that resurfaced in 2020.

On the show’s Season 5 premiere, Redmond, 42, said she spent time at a mental health facility when the three-year-old video — which mocked Asians — got her canceled.

“The reaction of people was to cancel me, that I was a horrible person, a horrible mother, I couldn’t say I was sorry enough,” she said in a confessional scene in this week’s episode. “I went away for treatment because I was suicidal. I had so much guilt and shame that I just, I needed help.”

In the offensive Instagram video, Redmond put on a fake accent and said, “Everybody ask me what Asian I am because of my eyes, they squinty.” She apologized via Twitter in January 2020.

“I understand that I hurt people and honestly it was stupid and ignorant,” she told co-star Stephanie Hollman through tears in one scene. “I did it in front of my children. It was horrible and I want to be a good example for my children and I was wrong.”

Hollman then reassured Redmond that her children — Brinkley, Brooklyn and Bruin — know she is a good person, but Redmond continued to cry, saying, “I was willing to like end my life because I didn’t — I felt that was what I should do.”

“I’m extremely sorry for my actions and the pain I caused people. Like, I’m putting that pain back on myself and I’m ashamed and I’m sorry,” she cried in the confessional.

Later in the episode, Redmond was confronted by new cast member Dr. Tiffany Moon, a Chinese immigrant who learned English as a child.

“I don’t want you to think that I’m like, coming after you or attacking you or anything, but I think I would be remiss if I just sat silently, like, complicit, like, ‘This is my opportunity to stand up and say like what you did was wrong,’” Moon started. “Like, it hurt a lot of people’s feelings. It was in poor taste. You know that.”

Redmond reiterated that she was ignorant and had made a mistake.

Moon explained that her parents left for the US when she was 3 years old and that she joined them at age 6.

“I hadn’t seen them for three years,” Moon said. “I knew not a lick of English. Not a lick.”

“And I went to school and people did this thing,” she said while pulling on her eyelids, mimicking Redmond’s actions in her video.

Their conversation will continue on the next episode of “RHOD,” which airs Tuesday nights at 9 p.m. ET on Bravo.