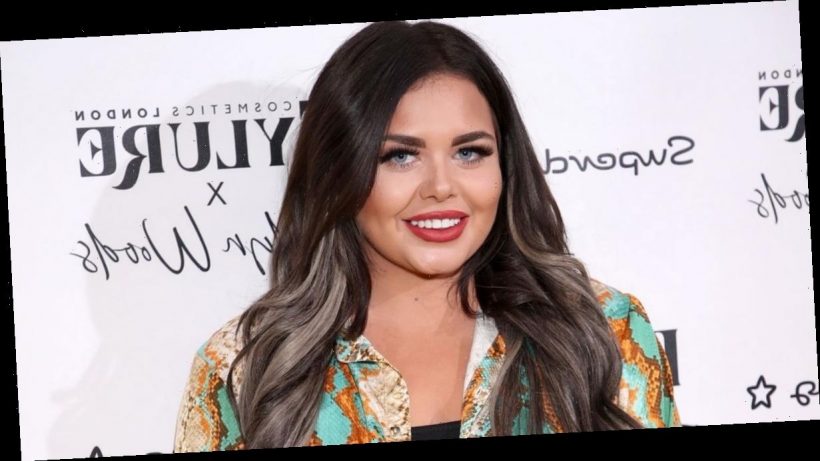 Former Gogglebox star Scarlett Moffatt reveals she’s finally confident enough to ditch her extensions and show off her natural hair to the general public. She took to Instagram to reveal her “real hair” before filming an undisclosed TV show.

The reality star spoke to fans about the decision behind going for a more natural look, claiming: “I feel like I’m getting a lot more confident, this is the first time ever that I’ve done a TV show without extensions in.”

But now it seems that Scarlett is finally ready to wave goodbye to hair extensions for good, after successfully growing out her natural hair to a length she’s happy with.

"This is my own hair," she says excitedly, while brushing through her luscious locks.

In the short clip, Scarlett admits that she cut her real hair into a bob two years ago, in the hopes that it would grow back healthier and stronger.

The star says that it was so short “you could see the nape of my neck”, but is loving the results.

“For anyone growing their hair out, there is hope. Stay strong and persevere my friends,” Scarlett urges fans.

This is a huge change for the 30-year-old, who since her TV debut in 2014, has apparently never been seen on television without her extensions.

Scarlett famously wore her hair extensions during her stay in the I’m A Celebrity jungle – revealing on Extra Camp that she’d discovered living creatures in her locks.

"When I got home and I had my extensions taken out, they found two mealworms and a cockroach in my hair,” the star said.

Scarlett has been making a lot of changes to her appearance lately. Just last weekend she unveiled her brand new teeth, after getting her “gap” filled in.

The reality star shared the results to her Instagram account, captioning the post “Bullies are like sandpaper the more they wear you down the more polished you become. I have done this for me, not them.”

“Thanks to @queenswaysmiles & @queenswaylab I don’t think I’ll ever stop smiling,” she adds.