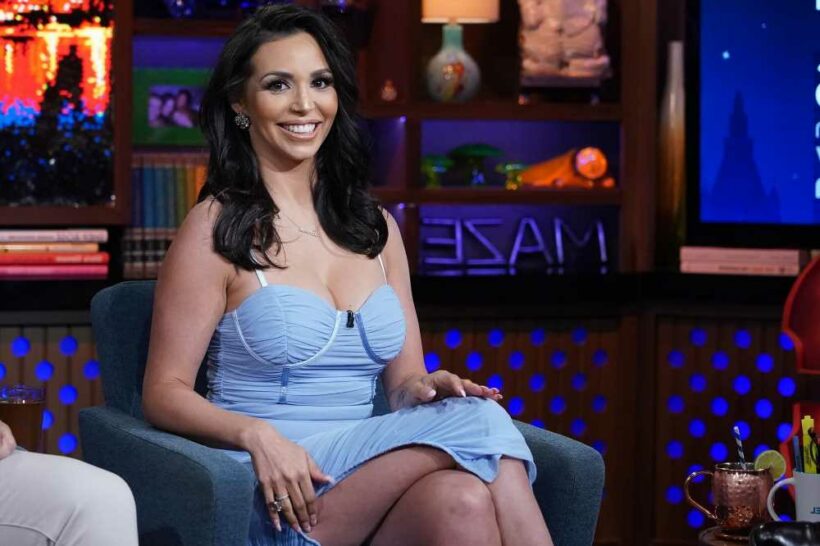 The “Vanderpump Rules” star, 36, made the confession via her Instagram Story after receiving negative comments about the pulled-back ponytail look she rocked during Tuesday night’s episode.

“To everyone who has commented on my hairline tonight: this was already my biggest insecurity and legit the only thing I usually would facetune,” explained Shay, who welcomed daughter Summer Moon with fiancé Brock Davies in April.

“It is slowly coming back but I’m also still pumping milk every 3 hours since Summer stopped latching. Not sure if breastfeeding is related to the hair thinning also but it’s happening to me.”

Shay revealed that her hair has been “coming out in chunks,” and advised her Instagram followers to “think before you comment” next time. 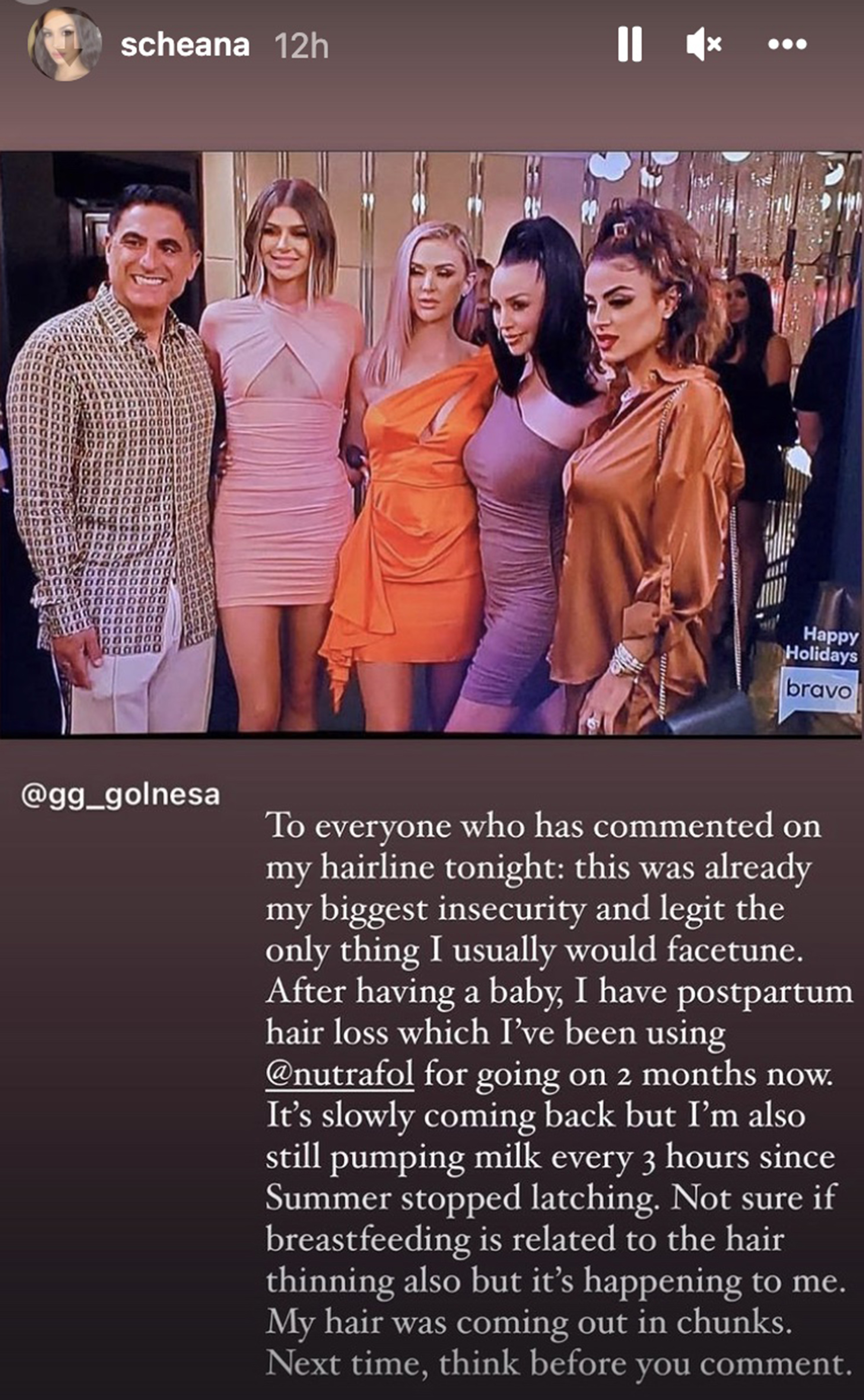 Shay has previously been vocal about the various challenges she’s faced since giving birth.

“It’s hard because I struggled for the first four months,” Shay admitted to Page Six in November, adding that it was initially difficult to embrace her post-pregnancy curves.

Shay said that having her daughter was obviously “worth it,” but it “took quite a few months of slowly getting back into workouts and everything to feel good and confident again.” 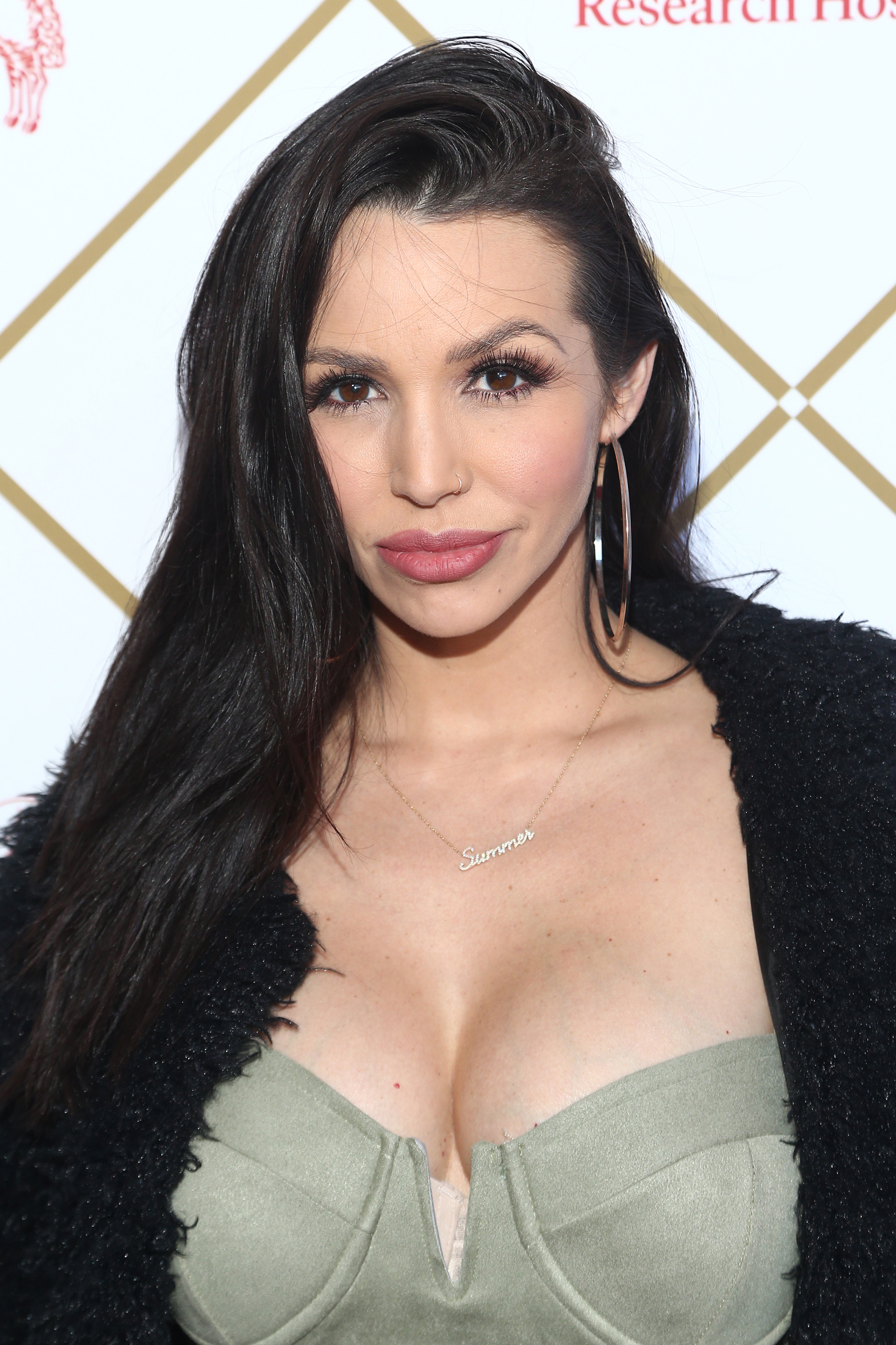 The “Scheananigans” podcast host also said at the time that, regardless of the body image issues she had on the current season, she still feels that she’s where she’s meant to be.

“Even with the body image issues I had in the beginning of the season, I feel the most confident, the most me and secure that I’ve ever felt on this show,” she told us. “I feel like you’re seeing the best version of me, hopefully.”