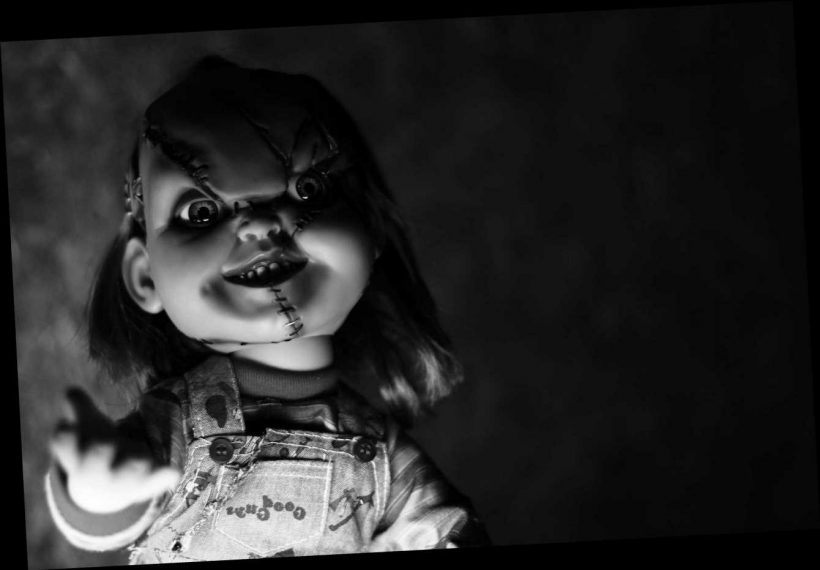 Texas issued a memorable Amber Alert Friday for the missing “son” of the vicious Chucky doll of horror movie fame.

The message described Chucky — the star of the 1980 chills classic “Child’s Play” — as the 28-year-old redheaded suspect in the disappearance of his six-pound, 5-year-old son, Glen. (“Glen Ray” was born in the film “Seed of Chucky.”)

Dad clocked in at 16 pounds and 3-feet tall in his description. Chucky, according to the alert, was last seen wearing blue denim overalls with a multi-colored, striped shirt — and “wielding a huge kitchen knife.” His race was listed as “doll.”

The alert — typically sent out for actual missing children who may be in peril — was sent out via email three separate times to subscribers of the Texas Alerts System, reported KENS-5 TV. The state Department of Public Safety later issued a statement saying the alerts were sent in error.

“This alert is a result of a test malfunction,” said the statement. “We apologize for the confusion this may have caused and are diligently working to ensure this does not happen again.”

A statement to KPRC-2 TV said the Chucky and Glen message was supposed to be a test that accidentally went out.

Not to worry. Glen can be found right here: