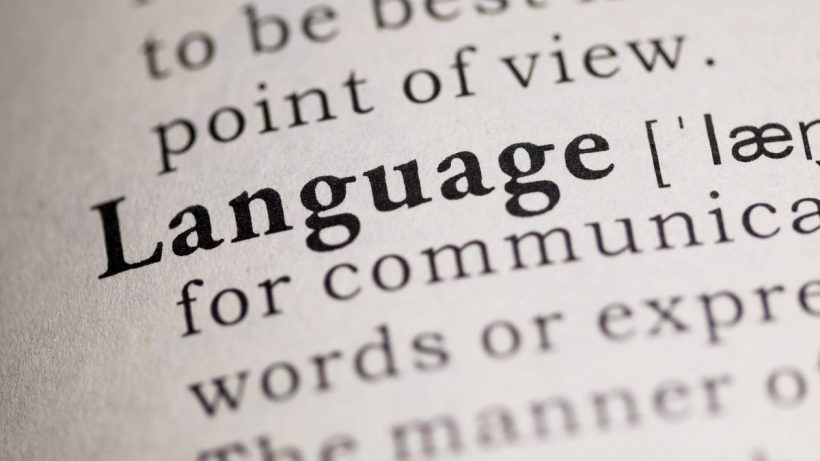 Articles of this kind usually assert that a word’s correct meaning lies in its earliest uses, while later developments are corruptions. Disinterested doesn’t mean “not interested” but “impartial”, they complain. Decimate must refer to the destruction of precisely one-tenth of something, they protest. Fulsome can only mean “insincere” rather than “very full”, they cry.

While this may seem logical enough, in some cases it doesn’t quite work. Here we apply the principle of earliest meaning to five common words and we get some rather unexpected results.

This word is from Old English prættig, “cunning”, from præt “trick” – unrelated to prat “idiot”, which originally referred to the buttocks (hence pratfall: a fall onto the backside).

By the 15th century, pretty described something cleverly made, artful or ingenious. This led to its use to describe someone attractive or good-looking – most commonly a woman or child, although the diarist Samuel Pepys refers to one Dr Clarke as a “very pretty man”.

Ironic uses of pretty to refer to something unpleasant are the origins of phrases like “pretty pass”, “pretty state of affairs” and “pretty kettle of fish”; the latter more often found in the phrase “different kettle of fish”. The kettle here isn’t the kind we use to make tea, but rather a large cooking vessel (from Latin catillus).

Tall is from an Old English word that meant “swift” or “active”. By the 15th century, it had come to mean “handsome” or “elegant”. Its use to mean “skilful” gave rise to the expressions “tall of hand”, meaning “handy” and “tall of tongue”, meaning “good at arguing”.

The 16th century saw the emergence of uses relating to height; subsequent metaphorical extensions include “large”, as in “tall order”, and “exaggerated”, from which the phrase “tall story” emerged. These changes in meaning may seem surprising, but several common adjectives that describe our physical appearances began life referring to dexterity and pliancy. Handsome, as the name suggests, originally meant “easy to handle”, “clever” meant “dexterous”, and “buxom” meant “obedient” (from “bow” meaning “to bend the neck”).

Someone silly in Old English was “happy” or “fortunate”, and later “pious” or “holy”. Because the innocent are easily taken advantage of, it came to signal a person deemed “weak” or “helpless”. Further negative associations are apparent from its use to mean “rustic” or “lacking sophistication”, from which our modern sense of “foolish” emerged.

In Old English, to be naughty was to be poor, literally “to have naught” or “nothing”. It was later used to describe someone immoral and, in a weakened sense, mischievous or disobedient. The particular association with badly behaved children led to the “naughty corner” – a place of isolation to which a child may be sent as a punishment.

Perhaps it was the naughty corner’s Victorian associations that led to the invention of the “naughty step”, a form of discipline advocated by the British reality TV show Supernanny, whose transatlantic success led to its adoption in the US.

Its use to mean “indecent” survives into modern usage in phrases like “naughty but nice”. This phrase was promoted by adverts for cream cakes in the 1980s and was the brainchild of the novelist Salman Rushdie, while he was working as a copywriter. “Naughty bits”, referring to the genitals, was first recorded in a Monty Python sketch in 1970. This euphemism was considered too explicit for American audiences and was bleeped out when the show was broadcast in the US.

This word is from Old English sæd, which meant “full”, as the German satt still does. In English, it has been replaced in this sense by “satisfied” or “sated”, from Latin satis “enough”.

By the 14th century, sad meant “settled”, “firm” or “resolute” and from this the senses “serious” and “grave” developed.

The modern use of sad to mean “sorrowful” can be traced back to Old English, where the word already carried a sense of being weary or tired of something, reflecting the way that satisfaction quickly shades into ennui. Surprisingly, “happy” was brought to us by the Vikings who plundered the north of England and is borrowed from the Old Norse happ, which filled the gap created by the changing use of “silly”. It originally meant “fortunate” – a sense preserved in the phrase “by happy chance”.

To suggest that we are using words incorrectly, therefore, is to ignore the various ways in which meanings of words change over time. In the case of fulsome, “very full” is the earlier of the two senses. Its use to mean “excessive” arose out of “fulsome apologies” that were felt to be insincere – as Priti Patel found to her cost in her resignation letter of 2017.

The looser use of decimate to mean “devastate” is recorded from the 17th century, so can it really be wrong today? And if we did insist on only sanctioning its earliest use – put to death one in every 10 of an army of mutinous soldiers – how often would we use it? So feel free to be disinterested in this post, or to lavish it with fulsome praise. Attempting to constrain the uses of words is plain silly – in its modern rather than its medieval meaning.

This article is republished from The Conversation under a Creative Commons license. Read the original article.