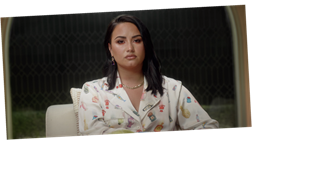 Demi Lovato and YouTube have officially released the first trailer for her upcoming docu-series, Demi Lovato: Dancing with the Devil.

“I’ve been holding #DemiDWTD incredibly close to my heart, and now it’s time to share an inside look,” Demi wrote on Instagram. “This is only a short preview of what is to come… Join me on March 23 for the premiere on @Youtube 💗”

The trailer, which was revealed during the CTAM’s section of the winter Television Critics Association 2021 press tour, shows Demi as she looks back to her overdose and what lead her there. The documentary also follows her now as she prepares to return to the music industry and continues to grow in her personal and professional life, going as far as the end of 2020.

One of the biggest reveals includes Demi talking about her overdose and revealing that she had three strokes and a heart attack. At the panel, Demi also noted that she still feels the longterm affects of it, including being unable to drive due to blind spots.

Along with Demi, stars like Elton John and Christina Aguilera are featured as well as Demi’s parents, her sister, Madison De La Garza, and other close friends. Elton and Christina talk about Demi as she deals with growing up under the spotlight, while others, including those who were with her during her overdose, give details on that day that have been kept under wraps until now.

The four part docu-series will have its grand premiere at the SXSW Film Festival before being released on YouTube on March 23, 2021.