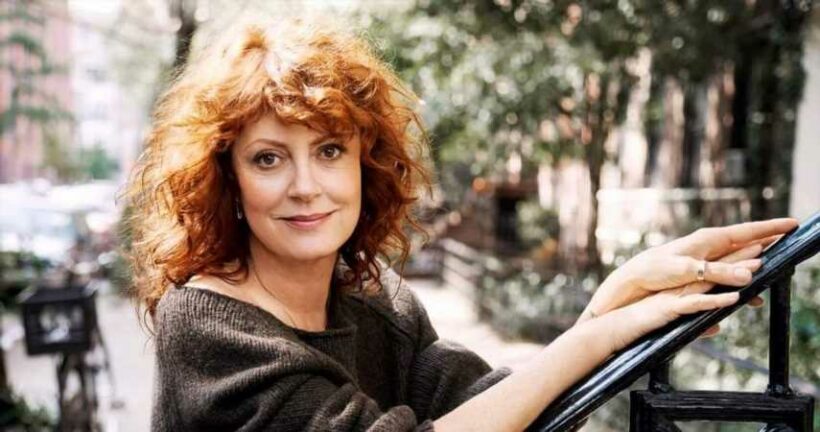 As one of the most successful actresses of her generation, Susan Sarandon has proven her talent over a variety of genres. The 75-year-old actress has starred in everything from drama to comedy and earned recognition for the varying roles.

She’s been well-known for her outspoken political views and social activism over the years and served as a UNICEF Goodwill Ambassador in 1999, tirelessly campaigning for human rights causes.

The Rocky Horror Picture Show star has brought fans more than 100 movie roles and 124 acting credits according to Fortress of Solitude and has a net worth of $60 million today.

Check out the top grossing films of her career.

Sarandon takes a unique turn in the star-studded sci-fi thriller as a variety of different characters, including Madame Horrox. The film also stars Tom Hanks, Halle Berry and Hugh Grant to name a few. Characters explore how actions of one impact another and the overall effects of evil and kindness.

A post shared by One Line or Less (@onelineorless)

In a unique collaboration, Sarandon and A-lister Goldie Hawn play two former best friends who get back together 20 years later. One (Hawn) is still as wild as ever while the other (Sarandon) has settled down.

Sarandon plays the role of a nun, comforting a convicted killer (Sean Penn) on death row. According to IMDb, it’s the only film in which Sarandon won an Oscar for her performance for Best Actress in a Leading Role.

A young woman, played by Saoirse Ronan, has been murdered and watches her family and killer from purgatory. Sarandon is the young girl’s grandmother, showing her versatility and ability to play anything from a young and carefree woman to a grandmother. She shared the screen with Mark Wahlberg, Stanley Tucci and Rachel Weisz.

As one of Sarandon’s best-known roles alongside actress Geena Davis, it’s hard to believe the fan favorite didn’t earn more at the box office. However, over the years, the film has become somewhat of a cult classic about two women on an adventure that turns into a police chase to the end.

In the 1994 movie version of Louisa May Alcott’s novel by the same name, Sarandon played Mrs. March, the matriarch of a cast of young and upcoming stars. Winona Ryder, Kirsten Dunst, Claire Danes and Christian Bale were all in the popular film.

The 1988 rom com is considered one of Sarandon’s breakout roles, following a fan who has an affair with a minor-league baseball player, played by Kevin Costner. The film is also where Sarandon met her partner of more than 20 years, actor Tim Robbins according to Celebrity Net Worth.

In another rom com nearly two decades later, Sarandon stars as the wife of a bored, overworked lawyer played by Richard Gere. He sees a beautiful dance instructor (Jennifer Lopez) and decides to sign up for dancing lessons.

Sarandon can play anything, including a role of a witch, Jane Spofford alongside Cher, Michelle Pfeiffer, Veronica Cartwright and legendary actor Jack Nicholson.

In a modern-day adventure film, Tammy, played by Melissa McCarthy gets fired and finds out her husband is cheating, prompting a road trip with her alcoholic, foul-mouthed grandmother, played by Sarandon.

In the tearjerker, a terminally ill woman and mother of two, played by Sarandon, deals with the prospect of a new woman (Julia Roberts) taking her place when she’s gone.

A post shared by ‘Right on top of that Rose!’ (@righton_topofthat_rose)

The crime drama follows a young boy (Brad Renfro) who has witnessed a suicide and needs the protection of an attorney (Sarandon) when facing questionable treatment from the mafia lawyer, Tommy lee Jones.

In a fun, family adventure, Sarandon plays the evil Queen opposite Amy Adams, James Marsden and Patrick Dempsey. The film was a unique turn on the classic fairy tale as a young princess in a fictious land finds herself in New York City.

In one of Sarandon’s first films, she stars in a comedy/horror musical that unexpectedly broke records as a cult classic that generations have grown to love. Her co-stars Tim Curry, Barry Bostwick, Meat Loaf and many others participated in what some might say is cheesy and others would say is classic.

READ NEXT: 10 Celebrities Who Are Animal Rights Activists