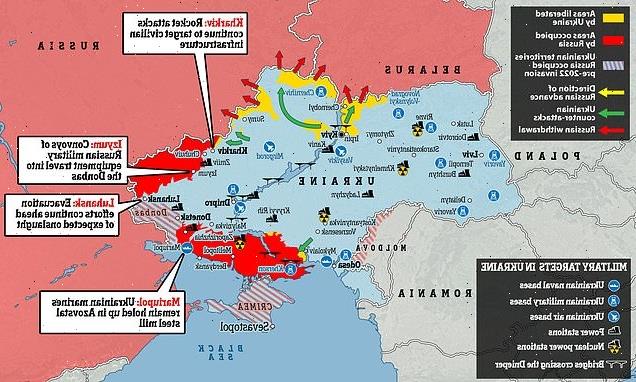 Time is running out for Putin’s so-called Victory Day: War expert JUSTIN BRONK says ‘chemical weapons’ attack and renewed push with war-weary troops in the east smacks of desperation ahead of his May 9 military parade

Vladimir Putin’s move to build up tanks and artillery in the Donbas region for a new large-scale offensive is one of desperation – despite it being a ‘daunting threat’ to Ukraine, military expert JUSTIN BRONK writes today.

The UK Ministry of Defence has said Russian forces are continuing to pull out of Belarus to support operations in eastern Ukraine, focused on the Donbas region, where Russian-allied separatists have claimed independence.

And US officials have been pointing to signs that Russia’s military is gearing up for a major offensive in the region, switching its focus after Russian forces failed in their initial drive to capture Ukraine’s capital of Kyiv.  Donbas has been torn by fighting between Russian-allied separatists and Ukrainian forces since 2014.

Meanwhile there are suggestions that Mr Putin wants to take the Donbas region before May 9 – when Russia traditionally marks the Soviet Union’s Second World War victory against Nazi Germany with military parades in Moscow – in an attempt to claim victory for his so-called ‘special operation’.

With their offensive in many parts of the country thwarted, Russian forces have relied increasingly on bombarding cities, a strategy that has flattened many urban areas and killed thousands of people.

The south-eastern port city of Mariupol has seen some of the heaviest attacks and suffering in the six-week war, with the mayor saying corpses are ‘carpeted through the streets’ after more than 10,000 civilians were killed.

Ukrainian authorities accuse Russian forces of committing various atrocities, including a massacre in the town of Bucha, airstrikes on hospitals and a missile attack that killed at least 57 people last week at a train station.

Here is the analysis by Mr Bronk, a research fellow at London’s Royal United Services Institute, for MailOnline: 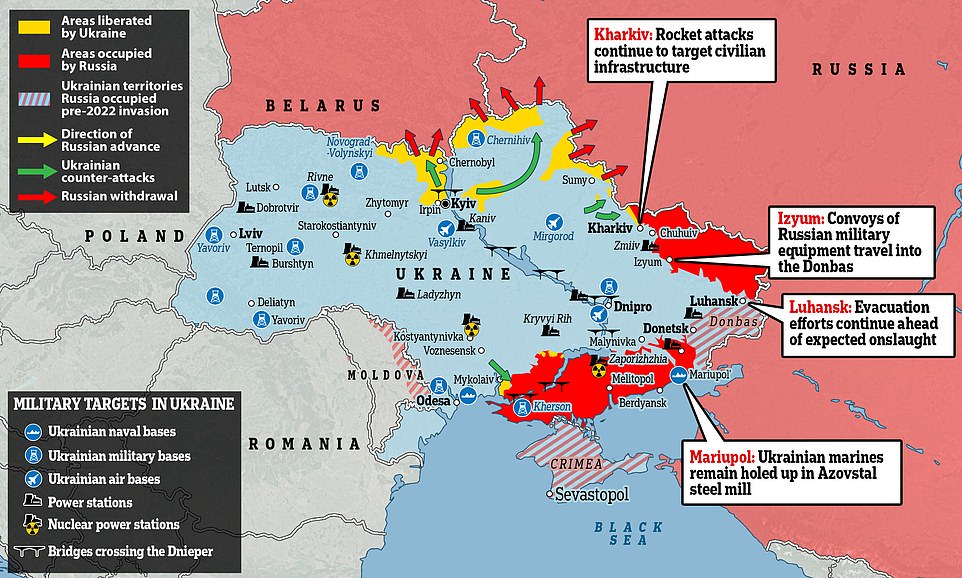 Russian forces in Ukraine are building up concentrations of tanks, artillery and attack aviation in the Donbas region for a new, large-scale offensive.

For Ukraine, this is a daunting threat and one which they are struggling to acquire enough heavy weaponry and ammunition of all kinds to meet.

However, for the Russian Army this is in many ways a desperate move – doubling down with Army units that have so far failed to achieve strategically decisive results and have taken brutal casualties in the process.

The outcome of the coming offensive in the East of Ukraine will have huge implications for the nature of the rest of the war, and how long it is likely to last.

Russia had massed approximately 190,000 troops for its full-scale invasion of Ukraine on February 24.

More than 40,000 of these were second-line Rosguardia units – territorial defence troops who are not generally equipped or trained for frontline combat. 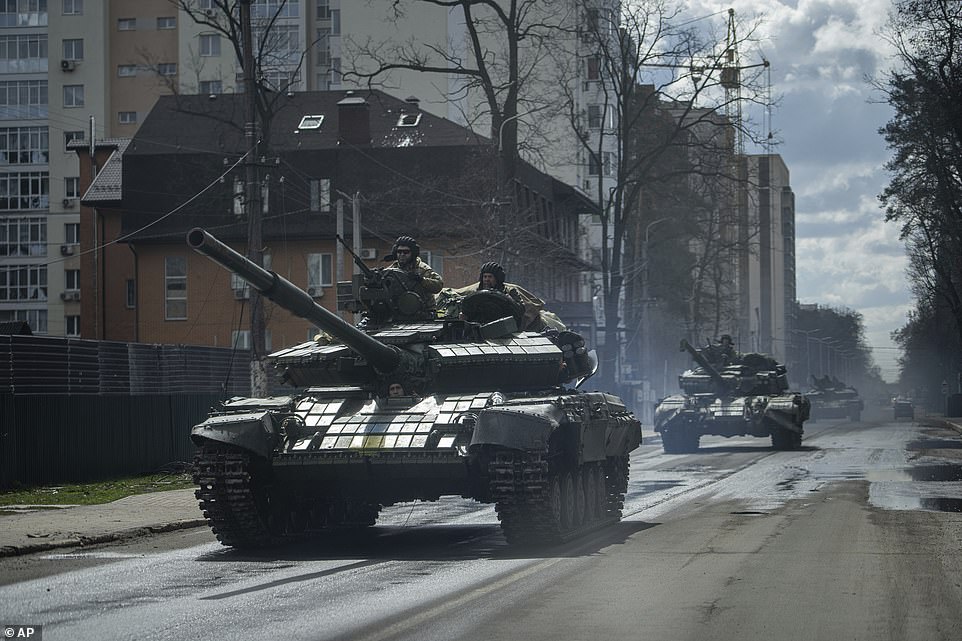 The remaining 150,000 regular troops deployed were arranged into approximately 120 augmented battalion tactical groups (BTGs), out of the 168 BTGs which the Russian Army can theoretically generate for operations without national mobilisation.

For context, a Russian Army BTG typically has around 10 tanks, 40 infantry fighting vehicles and is composed of around 700 to 900 troops, and in combat operations these numbers are typically bolstered by additional attached support elements.

Since the invasion began, around 2,800 Russian vehicles have been visually confirmed as destroyed or captured, including 480 tanks and 850 infantry fighting vehicles, armoured personnel carriers and armoured fighting vehicles.

Estimating the number of Russian troops lost is much more difficult, but NATO estimates in mid-March put the figure at between 7,000 to 15,000 killed in action.

Even if the true figure in mid-March was closer to 7,000, it will be far higher now since brutal fighting has continued for weeks since then, including the collapse and retreat of the two main northern axes of Russian advance on Kyiv. 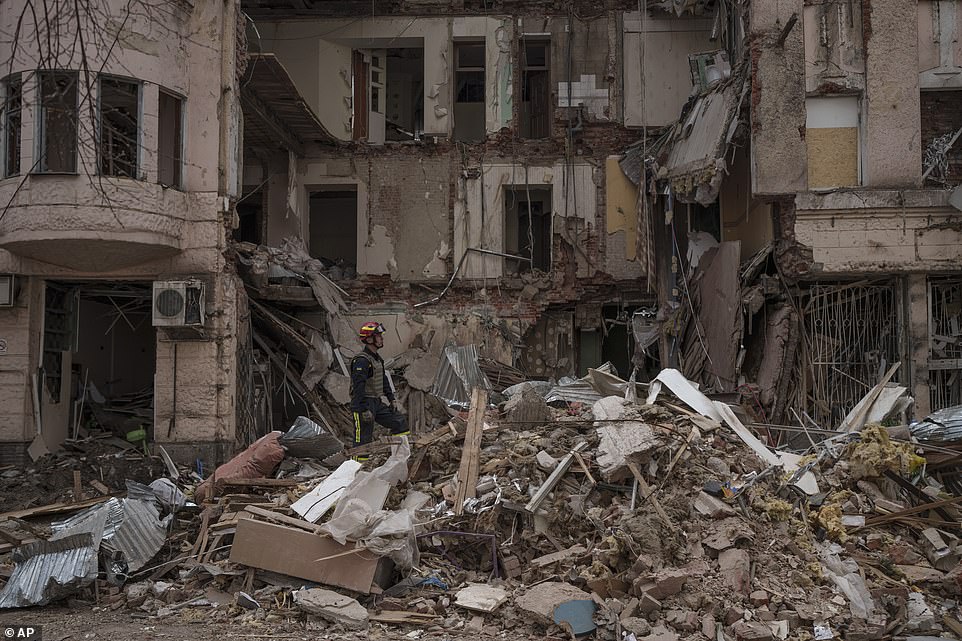 Firefighters clear debris from a destroyed building in Kharviv yesterday, weeks after it was hit by a Russian attack

As a general rule, in warfare total casualties – which includes troops who are badly wounded, captured or missing – tend to be three to four times those killed in action.

Therefore, the total number of Russian casualties is likely to be at least 40,000 troops, from their starting forces of around 190,000.

It is small wonder then, that a senior western official suggested on Monday that 37 to 38 of the Russian BTGs deployed to Ukraine have taken such heavy losses as to now be combat-ineffective.

This is a huge proportion of the total forces available to the Russian Army without full scale national mobilisation – something which is politically difficult for the Kremlin, which has so far sought to domestically portray its invasion of Ukraine as a ‘special military operation’. 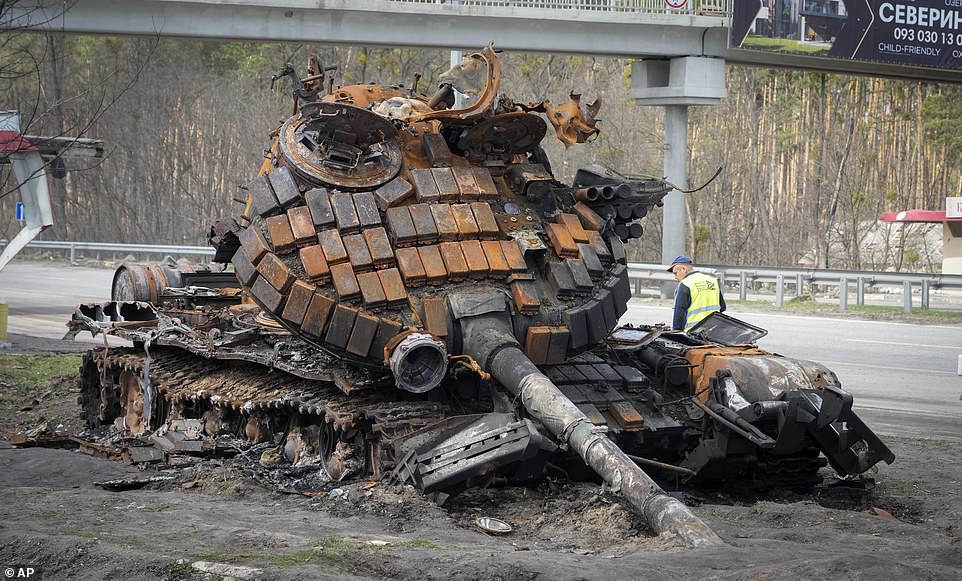 Furthermore, losses will have been disproportionately suffered by the frontline infantry and vehicle crews in Russian units – not the majority of support and logistics support personnel. Therefore, losses in terms of usable combat power are likely to be even more severe than they look on paper.

These losses are critical to understanding the current offensive build up in the Donbas. Russia cannot redeploy all of its remaining un-committed BTGs to Ukraine as reinforcements to replace units mauled in the defeats north of Kyiv.

It has to maintain serious forces to defend its NATO borders around the enclave of Kaliningrad and the Baltic States, as well as the border with Finland and its overseas deployments in Syria and the occupied territories in Georgia and Moldova.

The regular conscript rotation has also just occurred, meaning that unless the Kremlin declares a state of war and large-scale mobilisation, it has to allow the previous crop of 130,000 conscripts to return home and start training the next intake.

Conscripts are not legally eligible for service outside Russia in peacetime, and units formed primarily of conscripts will have even worse training and morale than regular forces have displayed in Ukraine. 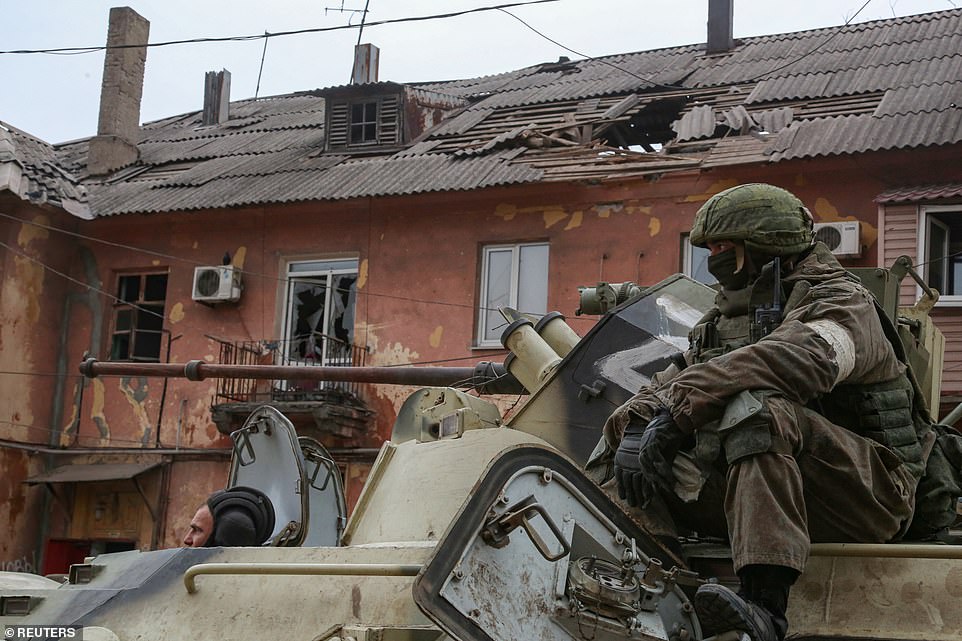 The fact that Russia is trying to rapidly refit and redeploy the units withdrawn from northern Ukraine to the Donbas immediately is a sign of a desperate shortage of other options.

These units have been defeated, taken very heavy casualties and taken part in horrendous atrocities against civilians – they will not be combat effective in any normal sense of the term.

The units they are reinforcing which are already in the Donbas have been in intense combat over 45 days and also taken heavy losses.

Yet after its defeat in the north, the Kremlin needs a victory against Ukrainian forces in the east – and soon so that they have something positive to spin in time for Victory Day on May 9.

The question is, given the casualties suffered so far and their limited remaining regular forces which can be thrown into the upcoming offensive – can they generate a sufficient concentration of combat power at the critical points? 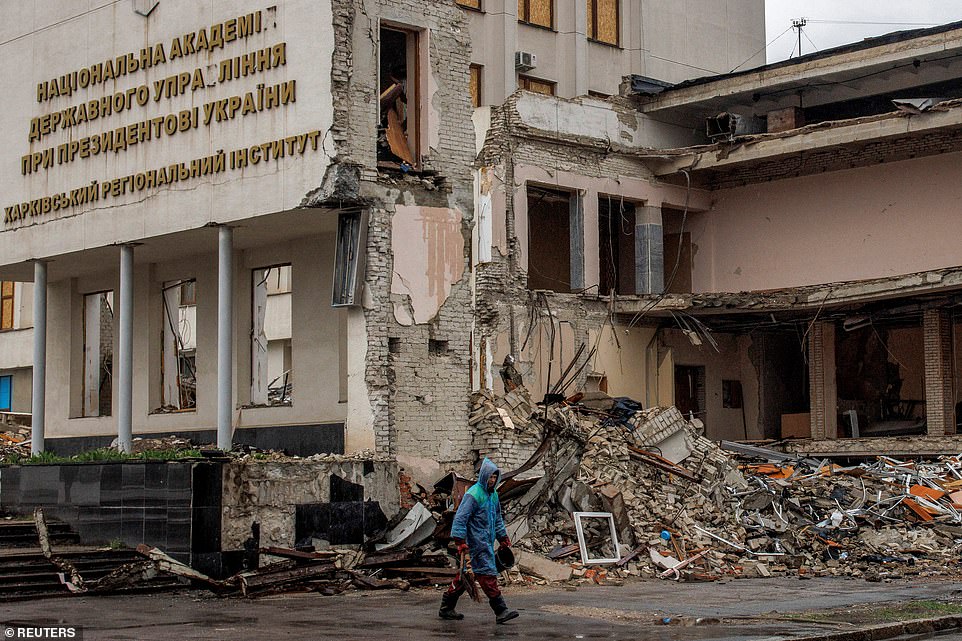 The Ukrainian military has taken heavy losses too, although they are far less well documented. However, Ukrainian defenders are fighting with excellent morale in defence of their homeland rather than trying to conduct offensive operations for constantly shifting justifications.

In the Donbas, Ukrainian forces are occupying a series of well-fortified positions along the Donets River line and are being reinforced by units freed up by the Russian retreat from Kyiv, Chernihiv and Sumy in the north.

However, Ukraine is using ammunition, especially modern anti-tank weapons, faster than it is being delivered from the West. Continued resupply efforts are essential as the munitions requirements to stop the coming offensive will be huge.

Furthermore, while the defenders of Mariupol – besieged with almost no resupply or relief since the start of the invasion – have held on with absolutely astonishing tenacity and bravery, they are running out of ammunition in addition to food, water and medical supplies.

An alleged chemical weapons attack on the remaining defenders has yet to be confirmed. It may well turn out to have been phosphorus or burning industrial chemicals as a result of unceasing Russian bombardments rather than a nerve agent. 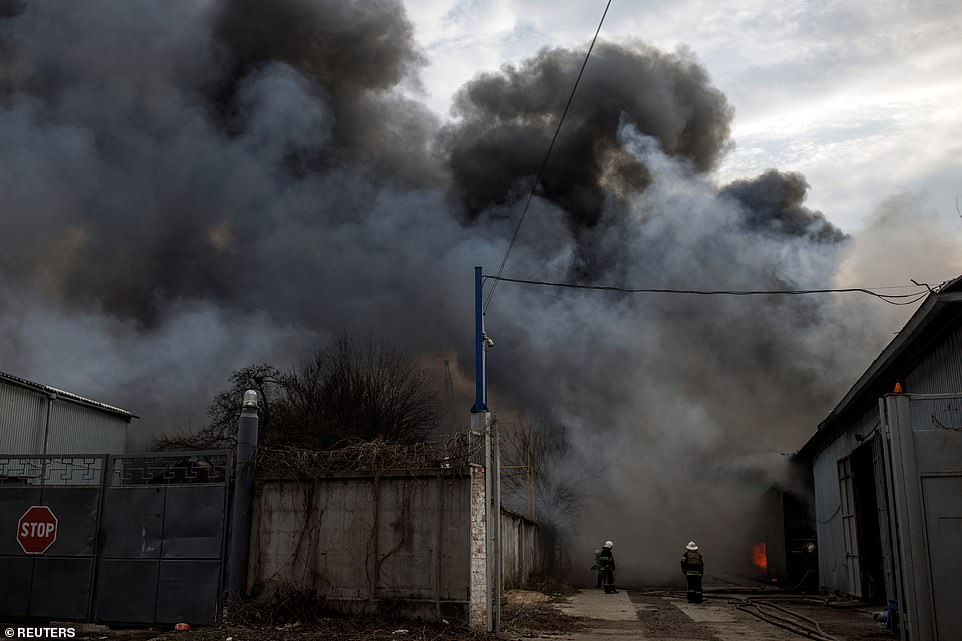 However, either outcome should not obscure Russia’s determination to finish off the defenders and the desperate situation for the Ukrainian troops there. Once Mariupol falls, the units besieging it will be free to join those massing for the wider Donbas offensive.

All of this points to the coming Russian offensive being a decisive test for both sides.

If Russia succeeds in breaking the Ukrainian defence lines in Donbas and encircling or forcing a retreat by the Ukrainian Joint Forces Operations units there, then it will likely consolidate a new frontline across most of Donetsk and Lukansk Oblasts.

This would set the stage for a long, drawn out battle of attrition as Ukraine will likely refuse to abandon its citizens to Russian atrocities and forced deportations in the occupied zone, but will struggle to break through consolidated Russian frontlines.

On the other hand, if Ukrainian forces manage to prevent the Russian offensive from achieving these goals, and continue to inflict similar loss rates, then the Russian army in Ukraine will be a largely spent force and we may see large scale retreats comparable to those seen in the north as Ukrainian units go on the offensive against their supply lines in the north east and south west.