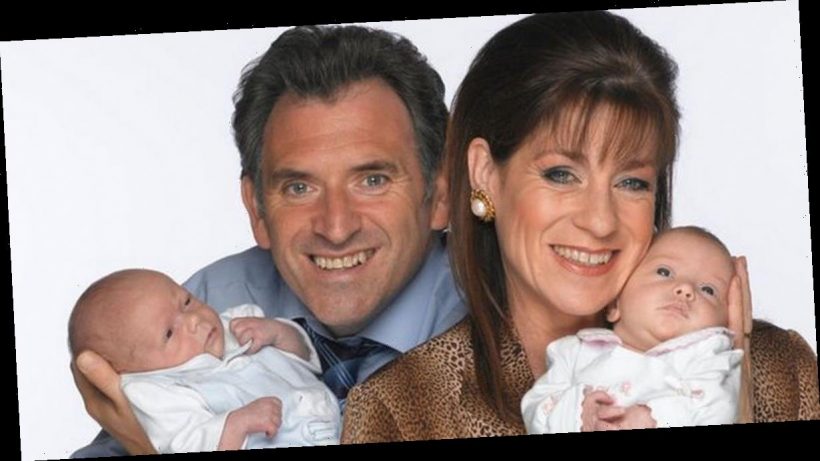 Hit soap Emmerdale has had its fair share of characters over the years, with well-known actors attached to them.

And like any soap, as murder, mystery, drama and chaos unfolds, often we see the departure of some of our favourite stars of the show – but what have they been up to since departing the Dales?

Dominic Power, 47, played resident bad boy Cameron Murray until his death in 2015 – the actor went on to continue his coinciding role in Doctors and in April 2015 Dominic joined the cast of new ITV drama Unforgotten, playing the son of Sir Tom Courtenay. He has two children, Gabrielle and Declan Power.

Declan Macey made his fair share of enemies on Emmerdale thank to his portrayal by Jason Merrells – this earned the actor a role alongside Matthew Horne in sitcom Agatha Raisin. In 2015, Merrells appeared as Stuart Howe in the BBC TV series Death In Paradise.

Kelvin played Andy Sugden from the age of 12, and remained on Emmerdale for a whopping 20 years. He became an iconic face, and since leaving he’s had success too, including winning Strictly Come Dancing’s 17th series. Kelvin married fellow actress Elizabeth Marsland and they share two children, Marnie and Milo, together. Kelvin is also big into motor racing.

Rik Makerem’s Nikhil Sharma left the soap in 2016 – the actor went on to star in Casualty playing Dr Sebastian “Seb” Grayling. Rik describes himself as an ‘F1 nut’ in his Instagram bio, as well as a songwriter. He can often be found posting to his 2,000 followers.

Sian Reese-Williams is best known for her five years spent acting on Emmerdale. Sian played the role of Gennie Walker in the Dales until 2013 when she made the decision to leave the soap and the character was killed off, meaning a return wasn’t likely. Since then, the actress has landed roles in the likes of Holby City, Line of Duty and Hidden. At the time of her Emmerdale departure, Sian vowed she wanted to ‘find new challenges’. “My decision to leave has nothing to do with Emmerdale – it’s such a special place and I will always cherish it – but I feel it’s the right time for me to say goodbye and find new challenges," she explained. Sian began auditioning for roles and soon had stacked up credits far beyond Emmerdale.

Tom Lister left the Emmerdale heart throb Carl King behind him to pursue a career in the West End. He’s starred in the likes of Peter Pan, The Water Babies and Calamity Jane. Deena Payne played the role of much-loved Viv Hope. The glamorous character spent 18 years on the soap, but she was unexpectedly axed in 2011. The actress, 66, carried on acting on both stage and screen, and she’s appeared in various pantomimes, and Calendar Girls. Deena also runs a dance school in North Yorkshire.

Jenna, 34, played Jasmine Thomas for four years, and she was very memorable in the part. Jenna has gone on to have huge acting success, starring in the likes of Waterloo Road, and Doctor Who. She also plays Marie-Andrée Leclerc in this year’s hit BBC drama The Serpent.

if you’re an Emmerdale fan you’ll remember the iconic Shadrach Dingle, played by Andy Devine. The 78 year old played the role for 12 years, but he has since moved on and had parts in Monroe and Doctors. He was nominated for The British Soap Award for Best Exit after dying in a river after drinking too much.

Fans were left devastated when Sammy Winward’s Katie Sugden was killed off the soap in 2015 – the actress has gone to teach acting as well as pursuing other roles. She starred in ITV drama Prey taking on the role of Lucy a heavily pregnant daughter of prison officer. She has also been starring on stage and has launched her own acting workshops in her home town, as well as writing a children’s book. Sammy shares her 15 year old daughter Mia Winward-Dunn with her ex, football manager David Dunn. She gave birth to Mia when she was 20, but split from her daughter’s father just three months later. The actress reflected on being a young single mum in 2014, saying having Mia was her greatest achievement

Charlie Hardwick took a break from acting after leaving the character of Val Pollard in 2015. Then, in 2017 she appeared in a TV film called Walls & Bridges. In 2019, she joined the cast of Ackley Bridge playing Sue Carp and she also starred in The Accidental Medium.