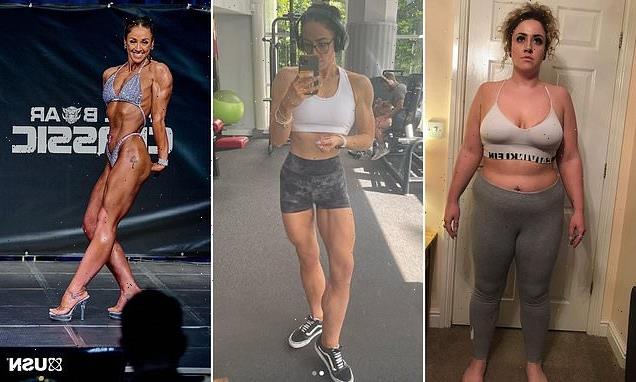 Woman, 30, who tipped the scales at 18st 5lbs reveals how she lost half her weight after finding she couldn’t fit into a singular seat on the Tube – and is now a champion body builder

A student who tipped the scales at 18st 5lbs has revealed how she lost half her body weight to become a bodybuilding champion after finding she couldn’t fit in a singular seat on the Tube.

Hannah Schofield, 30, from Lincoln, said she had always eaten ‘a lot of sweets, chocolate and takeaways scattered in there’ and struggled to find moderation.

It was during a trip to London in 2018 that she vowed to make a change after she struggled to walk around without feeling out of breath and was forced to buy size 20 trousers for the first time in her life.

Since then, she has started training five times a week and eating healthily, and has since lost more than half her weight to a toned, nine-stone amateur bodybuilder.

She said her life has transformed since she lost weight, saying she has met the love of her life and had a promotion at work, and adding: ‘The only limit to your achievement is your willingness to work for it. Once I started applying these principles to my own life, I watched both my self-respect and self-esteem fly through the roof.’ 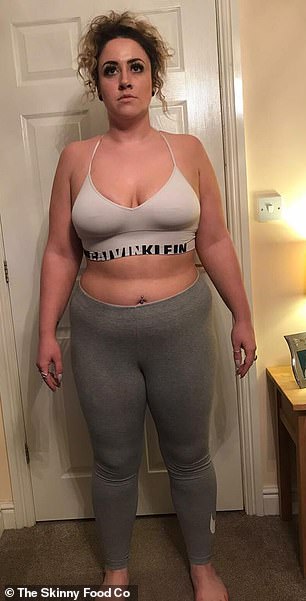 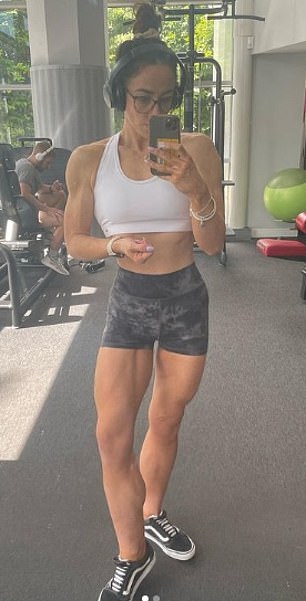 Hannah Schofield, 30, from Lincoln, weighed 18 stone 5lbs at her heaviest when she was 26 (left). Just four years later she has shed more than half her weight (right)

Discussing her relationship with food before her weight loss, she said: ‘There was never any real structure and certainly no accountability whatsoever.

‘A lot of sweets, chocolate and takeaways scattered in there, which is obviously fine in moderation, but I’m not sure I knew what that word was.’

It was during a trip to London in 2018 that Hannah realised she needed to turn her life around.

She said: ‘I’ll never forget the way I felt that day. I genuinely struggled to carry around my own body weight. 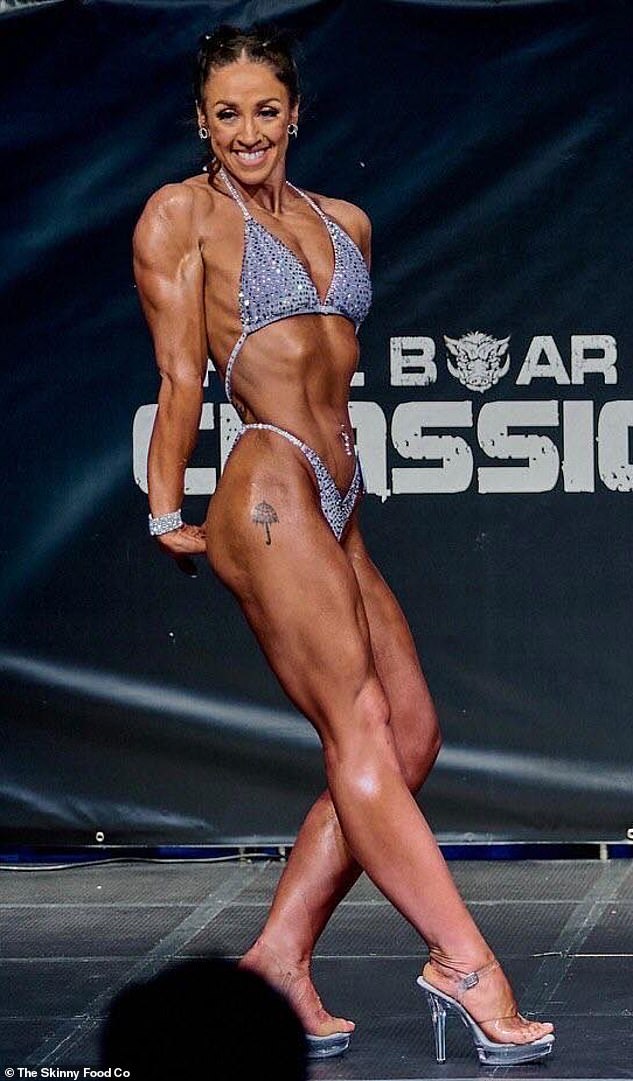 ‘My knees were aching under the strain of walking all day and I couldn’t walk at a decent pace without breaking into a sweat and losing my breath.

‘The worst was yet to come, as I noticed how much room I was taking up on the London Underground.

‘I was actually taking up more than one seat and it made me so upset.

‘This was probably the first time I’d felt the true impact of being overweight and how it was affecting my health.

‘I had always found clothes that flattered my body at every size, so my concerns weren’t generally with what I looked like until this moment, but I was going to a party that night and had to buy size 20 trousers for the first time in my life.

‘This was the final straw for me.

‘I never thought I’d reach a size 20 and it was enough to make me want to change my life. 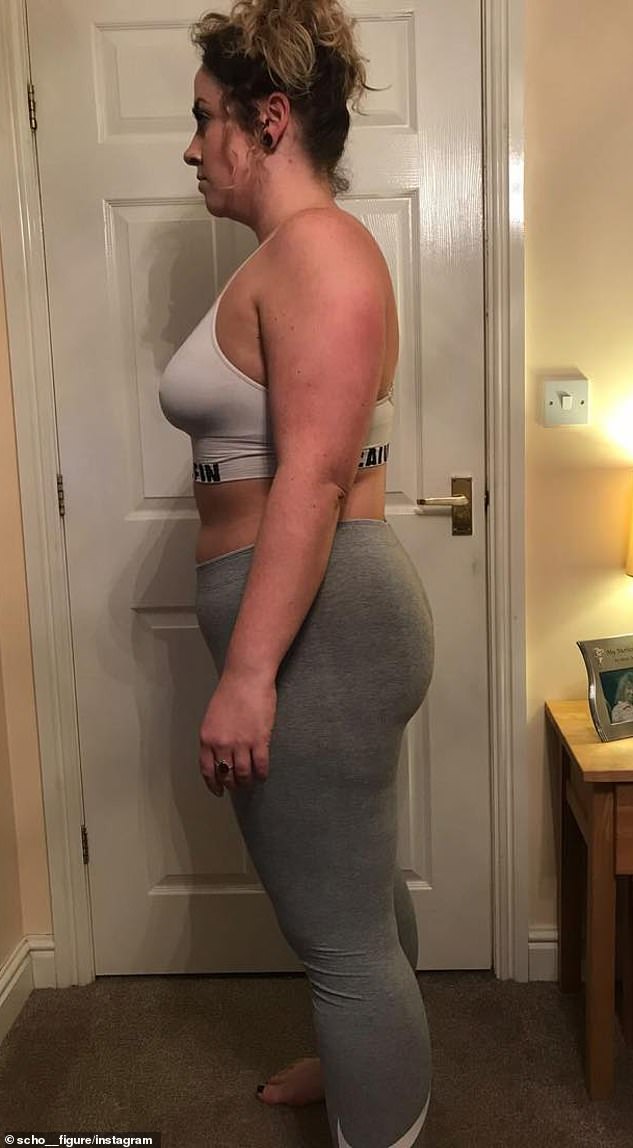 The then-student said she decided that day to change her lifestyle. She said it was the ‘final straw’ and ‘enough to make me want to change my life’

‘I took quite a radical approach to weight-loss at first, making significant diet changes to lose weight in a short period of time, which I wouldn’t recommend looking back.

‘It was after a few months of drastic weight loss that I started working with my friend and coach, Jenna Beckworth, who helped me maintain my weight loss in a much safer and more sustainable way, and we still work together to this day.

‘We’ve gone from strength to strength, improving my relationship with food and going through various stages of bulking and cutting.’

Hannah said: ‘When you’re training for a bodybuilding competition, you don’t really see food as anything other than a means to an end.

‘I think looking back, whenever I had tried to lose weight before, I had restricted myself too heavily and made it unenjoyable for myself. 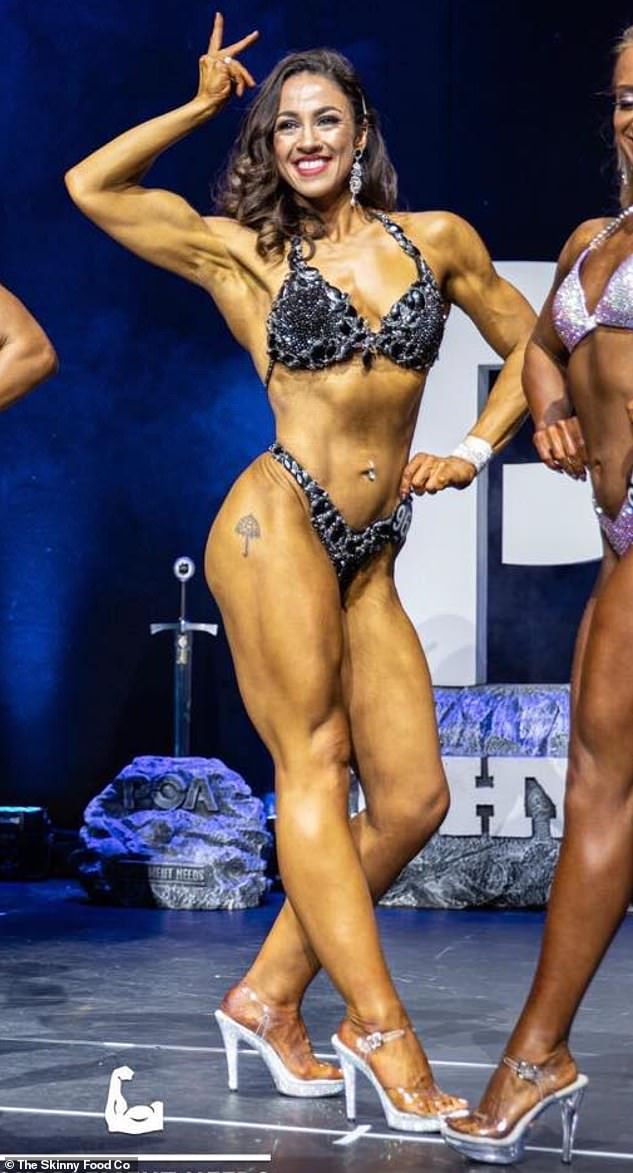 ‘I certainly hadn’t calorie counted properly and just guessed at what I was eating.

‘Until you truly understand nutritional values and how many calories are in what, you can’t confidently put yourself in a position to lose weight.

‘I hadn’t been truly happy with the way I looked as an adult for a long time – I was always the person who was up for a drink, or a meal and a night out.

‘These things were just a plaster used to cover up how I really felt’.

Hannah now trains five times a week and said the key is simply ‘routine and discipline’.

She said: ‘Exercise is now simply an essential part of my day.

‘You have to work hard and apply discipline to everything you do.

‘I finished top of my class at University, started getting promotions in work, and met the love of my life.’