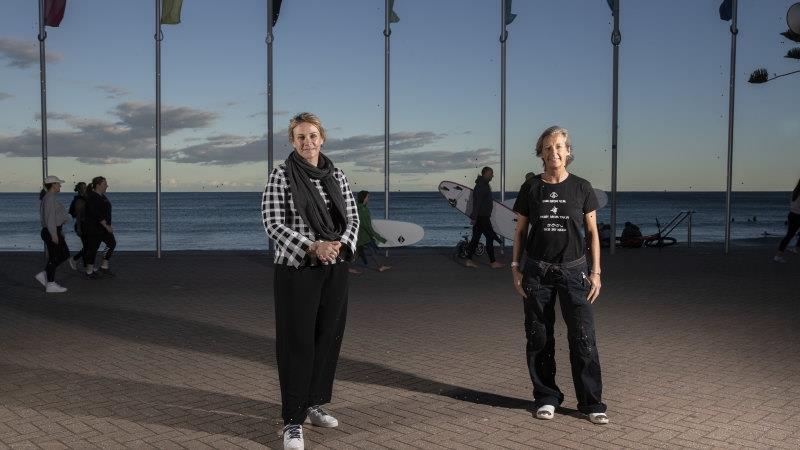 A controversial petroleum project seeking permission to drill offshore from Sydney’s coastline is set to ignite debate in Federal Parliament with independent Warringah MP Zali Steggall calling on local Liberals to back her bill to revoke the exploration permit.

Petroleum Exploration Permit 11 (PEP-11) is held in a joint venture between Advent Energy and Bounty Oil and Gas, which has applied to the Resources Minister Keith Pitt for a two-year extension. The renewal is currently under consideration. 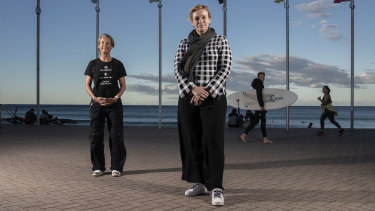 Surfing legend Layne Beachley and Warringah MP Zali Steggall at Manly beach. They are calling on the government to back a bill to ban offshore drilling in the area.Credit:Louie Douvis.

Prime Minister Scott Morrison and Liberal MPs Lucy Wicks, Jason Falinski, Trent Zimmerman and Dave Sharma have called for PEP 11 to be scrapped. Ms Steggall would likely have the required numbers for her bill to become law if they voted for it.

“The Stopping PEP 11 Bill empowers my colleagues in the Coalition to walk the talk and put an end to PEP-11,” Ms Steggall said. The proposed new law would cancel the current permit and ban future petroleum activity in the area.

However, Mr Pitt is yet to decide the fate of the proposal.

“The matter is still under consideration. I have always said I will give the matter the careful attention it requires, and all stakeholders expect,” Mr Pitt told The Sun-Herald.

The surfing community is organising opposition to the project.

Seven-time world surfing champion and northern beaches resident Layne Beachley said she would “hate to see oil or gas rigs on the most beautiful horizon on earth”.

“This licence has been available since 1999, so is that not enough evidence to suggest that it’s not necessary? I think it is,” Ms Beachley said.

“We have developed our sense of identity around our pristine coastline and love of the beach. To have this put at risk is simply devastating and we need our political representatives to stand up for us and vote in favour of this Bill,” Mr Caroll said.

PEP 11 would allow the joint venture company to conduct drilling and seismic testing covering an area that starts 4.5 kilometres offshore and stretches for some 4500 square kilometres, ahead of seeking approval for production.

In June Mr Pitt opened up the ocean within several kilometres of Victoria’s Twelve Apostles to oil and gas exploration, despite local opposition.

He said exploration was integral to the government’s plan for a gas fired recovery from the COVID-19 pandemic and the “continued release of areas for exploration is important to providing a steady supply of energy for the future”.

Wilderness Society corporate campaigner Jess Lerch said once an exploration permit was granted it is difficult for the government to revoke it without the risk of costly legal challenges.

“Once the initial license is granted, the system doesn’t seem to allow for the genie to be put back in the bottle and until the system is reformed then we are going to see increasing political problems,” Ms Lerch said.

“The mindless release of these acreage areas places a huge burden on communities as they get little warning that oil and gas companies will turn up on their doorstep but when they do, the public has to endure endless consultation processes.”