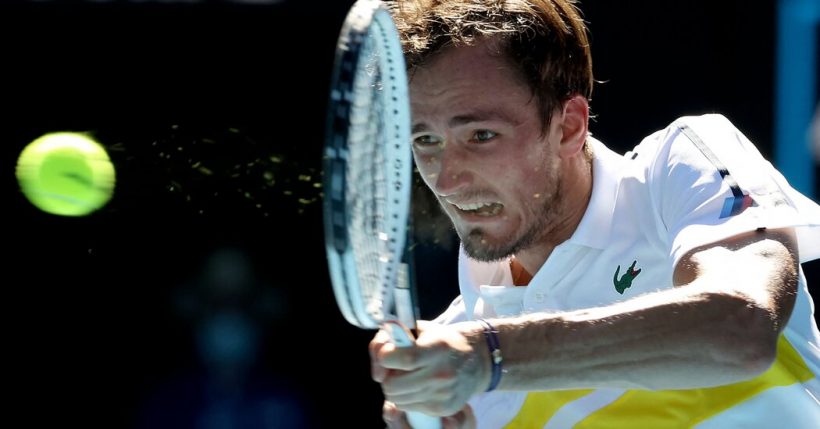 How to watch: The match is at 3:30 a.m. Eastern time on Friday on ESPN, ESPN Deportes and ESPN+.

The Australian Open is the only Grand Slam event that splits its semifinals from the same singles draw, putting its second men’s singles semifinal alone on the Friday night session each year. It is the only time that a match other than a final gets such a showcase in the Grand Slam calendar, and this time the spotlight will be on two young stars: the fourth-seeded Daniil Medvedev, a 25-year-old Russian, and the fifth-seeded Stefanos Tsitsipas, a 22-year-old Greek.

Medvedev is on a hot streak.

There is no men’s player in better form than Daniil Medvedev. He won titles at the Paris Indoors Masters and ATP finals last November and the ATP Cup earlier this month in Melbourne. He has won 19 consecutive matches on that run, 11 of which were against top-10 opponents.

Medvedev looked especially formidable against Andrey Rublev of Russia in the quarterfinals. Rublev, 23, the seventh seed, is an unrelentingly aggressive player who won a tour-leading five titles last year, but he struggled to find any openings in Medvedev’s resolute defenses, and wilted in the heat in a straight-sets loss. 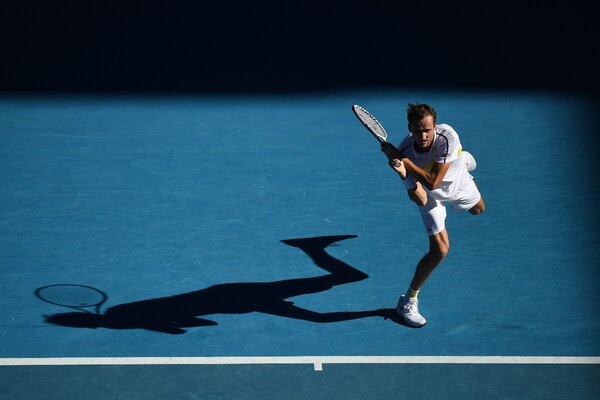 Medvedev also will be comfortable in the matchup against Tsitsipas, having won five of their six matches. He lost their most recent meeting, however, with Tsitsipas prevailing in the round-robin stages of the 2019 ATP finals en route to his most prestigious title to date.

“He just plays extremely smart and outplays you,” Tsitsipas said of Medvedev on Thursday. “He’s somebody I really need to be careful with and just take my chances and press.”

The end of their first match ‘felt like an M.M.A. fight.’

The rivalry between Medvedev and Tsitsipas started before either had even cracked the top 40 of the ATP rankings. Their first match against each other, in the first round of the 2018 Miami Open, ended with Medvedev antagonizing Tsitsipas and challenging him to a fight after winning in three sets.

In an interview last month, Tsitsipas discussed the altercation.

“That felt very wrong, the overall ambience,” Tsitsipas said. “It didn’t belong to tennis, for sure, I tell you that. It felt like an M.M.A. fight. We’re out there playing tennis; we’re not there to fight each other. He was provoking me back then — that’s how I felt, maybe I’m wrong — but I didn’t want to continue from there. He was trying to approach me; I was not into it. I wasn’t there to fight, I was there to play tennis. That’s the last thing that I want when I enter the court.”

Tsitsipas said that he had not discussed the incident with Medvedev, but that the tension between the two had recently thawed.

“I saw him waving at me the other day, which was nice,” Tsitsipas said with a small laugh. “It kind of breaks the ice.”

Despite advancing via a walkover in the fourth round, Tsitsipas has been on the court an hour and 32 minutes longer than Medvedev has en route to the semifinals after playing five-set matches in the second round against Thanasi Kokkinakis and in the quarterfinals against Rafael Nadal.

“I got the opportunity to play longer, feel the court, understand the environment that I’m in, so that could probably be seen as something positive,” Tsitsipas said after his win over Nadal. “On the other hand, yeah, OK, I might have spent a bit more time on the court, put my body in more stress and difficult tasks to complete.”

Tsitsipas added that over all he felt he was in pretty good condition.

“I think with experience I have realized how to preserve my energy and when I really have to put in the hard work in the match,” he said.

Medvedev has been more efficient, but was cramping at the end of his straight-sets win over Rublev on Wednesday. He asked for the trainer to come massage his quadriceps after match point.