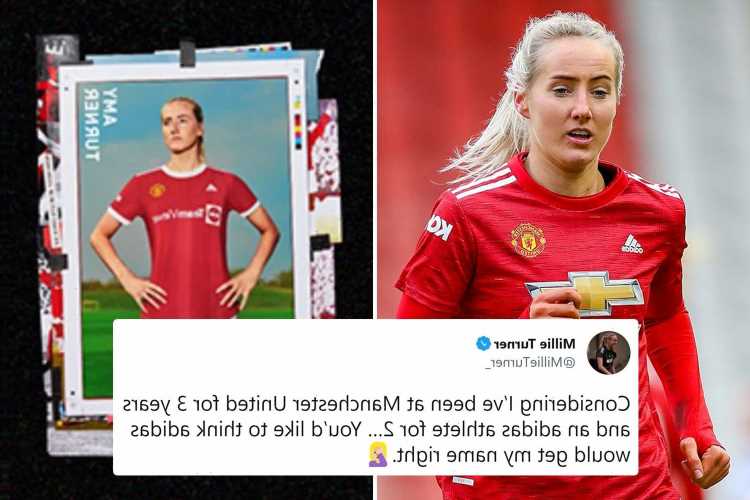 A screenshot of the ad shared on Twitter features a picture of the Red Devils’ centre-back with a caption that refers to her as Amy Turner rather than her actual first name. 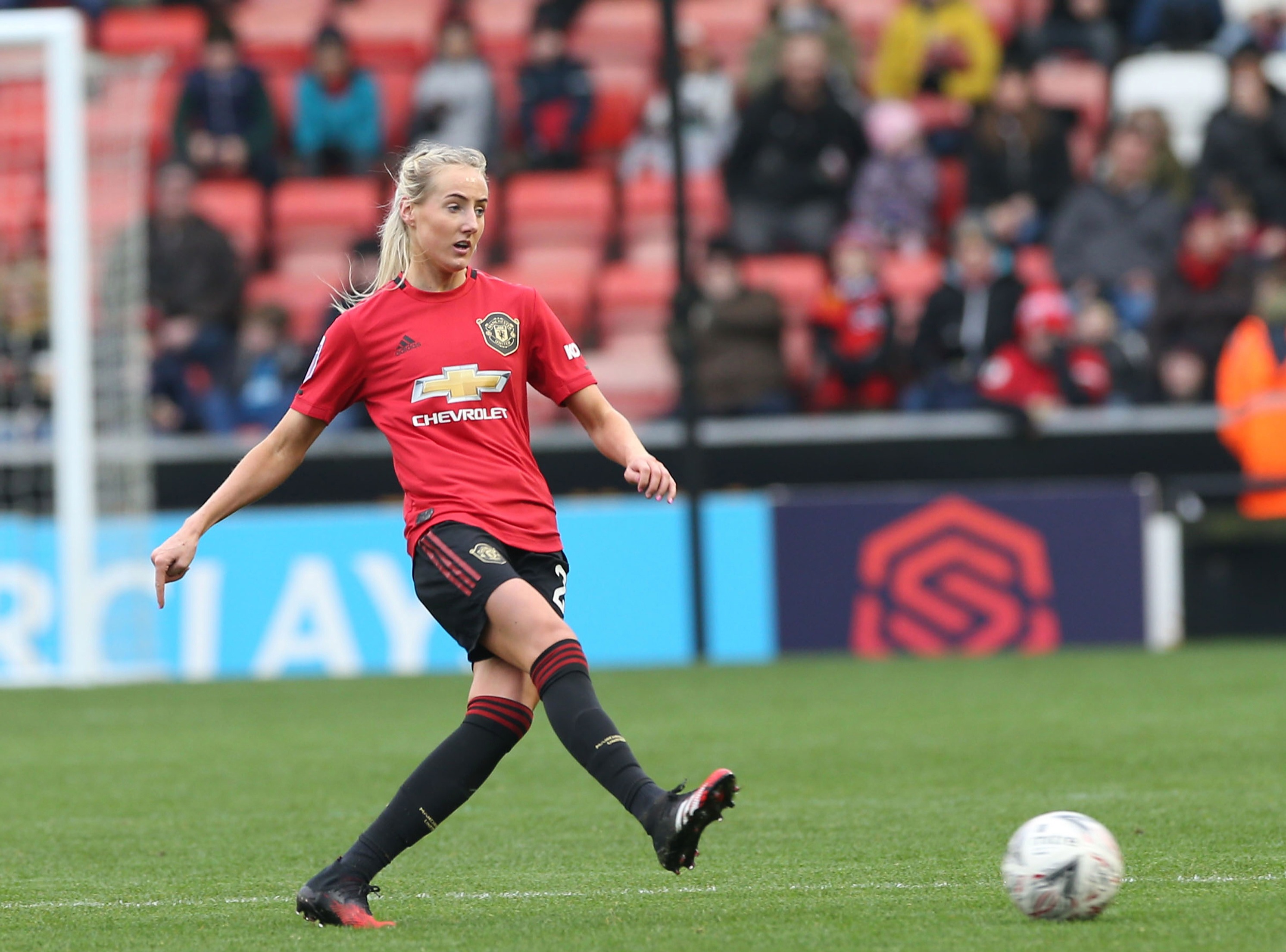 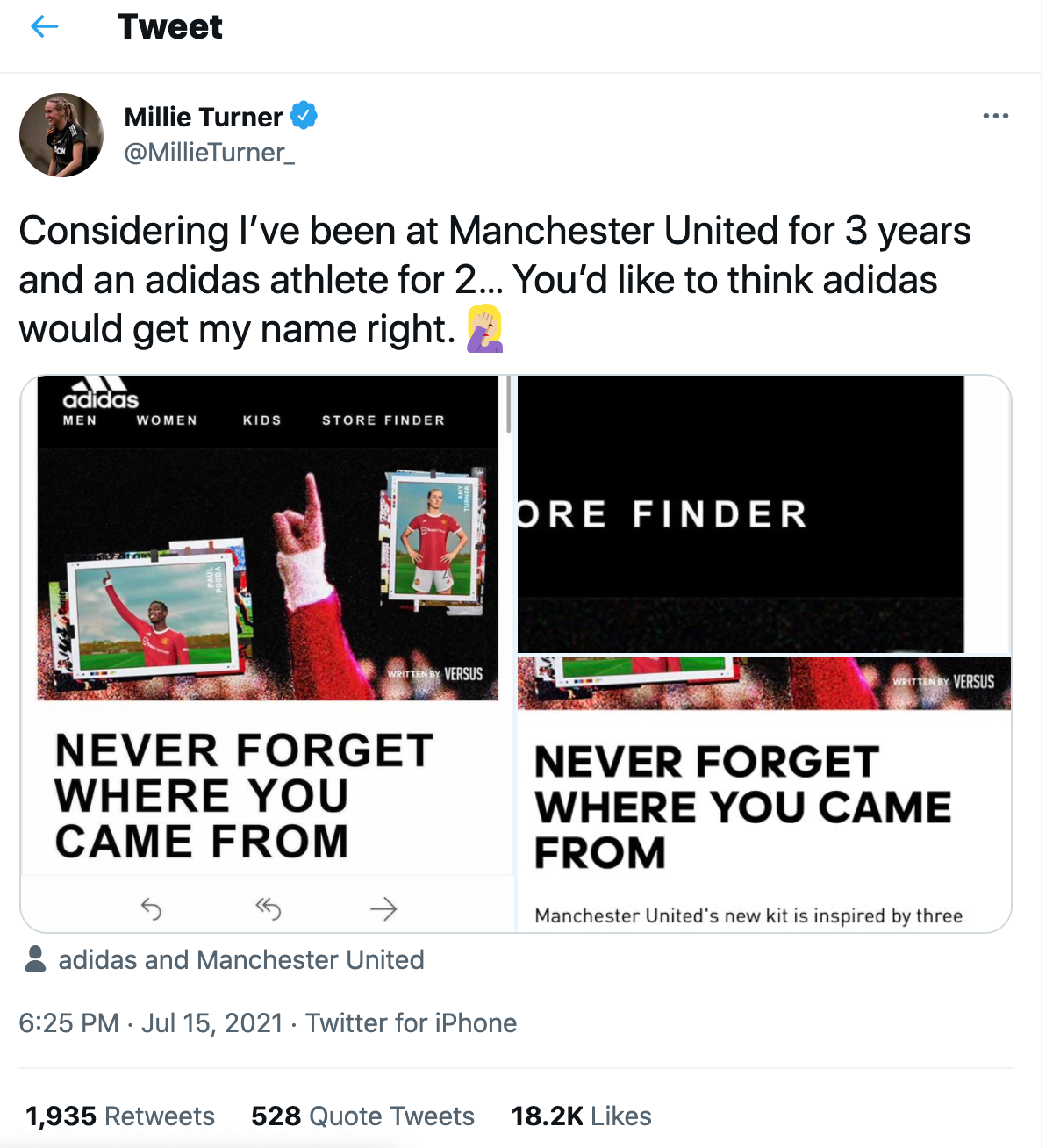 And the former Everton and Bristol City ace – who is also an Adidas athlete – shared her bemused thoughts on the mistake.

The advert which showcases Man United's new kit has been shared more than 18,000 times on Twitter.

Turner, who began her career as a Red Devils youth player, has been with the side since 2018 following stints with the Toffees and the Robins.

In a tweet to 32,000 of her followers, the 25-year-old wrote: “Considering I’ve been at Manchester United for years and an Adidas athlete for two… you’d like to think Adidas would get my name right."

The WSL star’s thoughts were echoed by her Leigh Sports Village team-mate Abbie McManus, 28,  who spent the second half of last season on loan at Tottenham.

And the defender suggested the mix-up would never have occurred with a player in United’s Premier League side adding a hashtag with the name ‘Peter Pogba’ in her post.

It is thought Adidas may have confused the Cheshire-born Women’s Super League star with her former colleague Amy Turner who left the Red Devils at the end of last season after a four-year spell.

The defender moved to Orlando Pride, the team of former Tottenham loanee Alex Morgan, on a two-year deal in June.

In a public apology shared on Twitter Adidas offered to make amends by giving shirts to Turner’s fans.

The sports brand said: “Millie, we messed up and we’re gutted.

“You're part of the Adidas family and we want to make amends.

“Let’s get some new shirts out to your biggest fans. Let us know who and we’ll deliver.”

Meanwhile Man United are reportedly close to appointing a new manager for its WSL side to replace former boss Casey Stoney.

The ex-United gaffer was announced as the new head coach of the US club and National Women’s Soccer League side San Diego this week.

And BBC Sport reports the Red Devils are close to finalising the contract details for Stoney’s replacement ahead of the new WSL season. 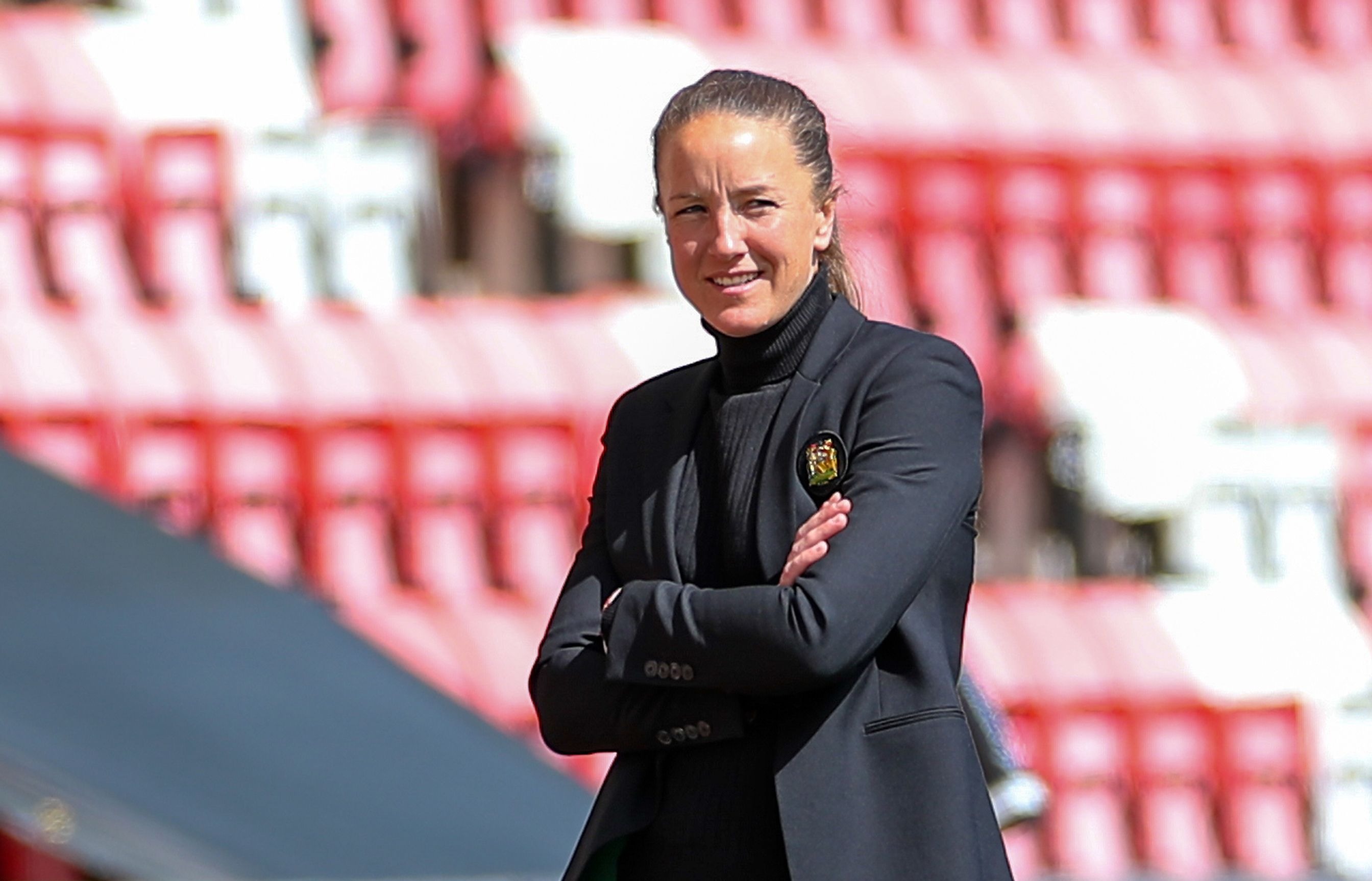