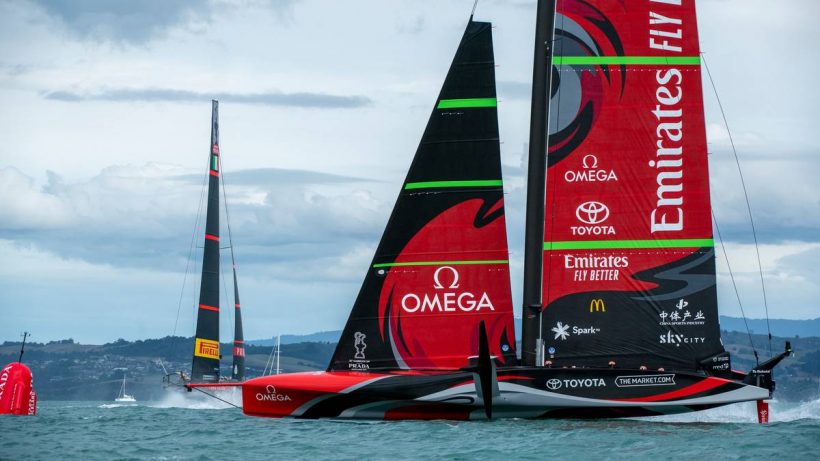 Throughout the America’s Cup, the speed of the vessels was a constant talking point.

Racing the 75-foot foiling monohulls became like a drag race on the water, with the boats reaching speeds above the 50-knot mark.

Impressive as it was, Team New Zealand sailor Josh Junior believes there’s still plenty of speed to be found on them.

Throughout the regatta, the word was that Team New Zealand’s Te Rehutai was the fastest of the race boats. While they had to wait until the America’s Cup Match to put that rumour to the test, once they shook off the rust of their lack of racing, the speed advantage of their vessel became a pivotal factor in their 7-3 series win over Luna Rossa.

Speaking to Newstalk ZB’s Martin Devlin, Junior said it was exciting to think how much more performance the vessels were capable of.

“I think if we had another six months we’d be so much better again,” Junior said.

“These boats have so much potential, they’re so manoeuvrable that we haven’t really discovered where the limits are at yet. For sure there’s so much more speed to be had and so much more potential, but I think we did a good job to get to where we got to.”

Teams will get their chance to try and find out just how much more the AC75 class is capable of during the next edition of the Cup, with Team New Zealand and new Challenger of Record Ineos Team UK agreeing that the class would be used for the next two editions of the Cup – with agreement to this a condition of entry for other teams.

During the 36th America’s Cup, Luna Rossa showed that there was plenty of performance to be found in the boats, as they continually improved their package and performance throughout the regatta in Auckland before ultimately falling short in the Cup match against Team New Zealand.

With the class guaranteed to be around for a while to come, the next edition of the Cup could provide even more of a high-speed and high-tech showcase than the last.