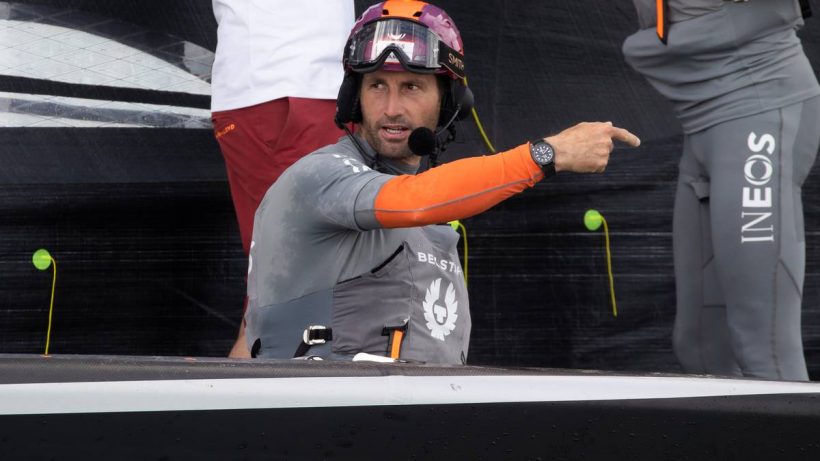 Sir Ben Ainslie is calling for an overhaul of the America’s Cup, to create a more equitable situation for all competing teams.

On the eve of the 36th edition of the Cup match, the Ineos Team UK skipper hopes the next battle for the Auld Mug – wherever it is – can have a different structure in place.

Ainslie wants a more level playing field, dissipating some of the traditional advantages afforded to the defender, and to a lesser extent the Challenger of Record, along with a governing body to oversee the event.

Like every America’s Cup, the regatta in Auckland has been marked by many off the water controversies.

There were disputes over fair use of different courses, the ability to use the pre-start delay card and the ‘yellow card’ incurred by Ineos in the Prada Cup round robin.

There were also battles over the wind limits, debates over the software provided by Team New Zealand for some design components and a highly public spat about the rescheduling of the Prada Cup final.

There was also, at different times, marked tension between Luna Rossa and the other two challengers (American Magic and Ineos Team UK).

“A lot of the shenanigans and bluster that we have seen in this Cup, which we were frustrated about as a team, don’t really need to happen,” Ainslie told the Herald.

“If the America’s Cup has more of a neutral management in terms of who is running the event that takes away a lot of the pressures on the teams, who understandably have their own best interests at heart.

“There is a great saying that ‘In the America’s Cup, nothing beats self-interest’ and that is so true.

“You need to have a neutral management to make it fair and equitable for all the teams in a competition at this level.”

Ainslie indicated that some kind of future change could be critical in ensuring the ongoing involvement of Sir Jim Ratcliffe, the head of the Ineos corporation and one of Britain’s richest men.

“That is what we would like to see, [and] I know that what’s Jim has found frustrating about this Cup experience,” said Ainslie. “If we can create more of a level playing field for all of the teams, I know he has really enjoyed his time here, he has loved these boats and he would like to continue if that was the case.”

There is ongoing speculation that the British syndicate are already earmarked as the next Challenger of Record – in the case of a successful defence – which would put them in a superior bargaining position.

Ainslie scotched suggestions of a deal already being done but said whatever unfolds, the Cup has to evolve.

“But it’s fair to say that if we – and certainly if Jim and Ineos are going to continue being in the Cup, they would like to see more of a neutral, level playing field whereby there is a real effort to cut the costs, get more teams involved and there is continuity in a class of boat so we can take this to a wider audience and grow the sport.

“The AC75 class has been a fantastic showcase for the sport. There are a lot of positives out of this event, but we need to grow from here and get some continuity.”

On the subject of the upcoming match between Team New Zealand and Luna Rossa, Ainslie tipped a “fascinating” contest.

“They will need to race bloody well, that’s for sure,” said Ainslie of the Italians. “I expect Team New Zealand to be very fast but [Luna Rossa] have proven they can sail well, they can deal with it and they’ll be match fit, so it will be fascinating.”