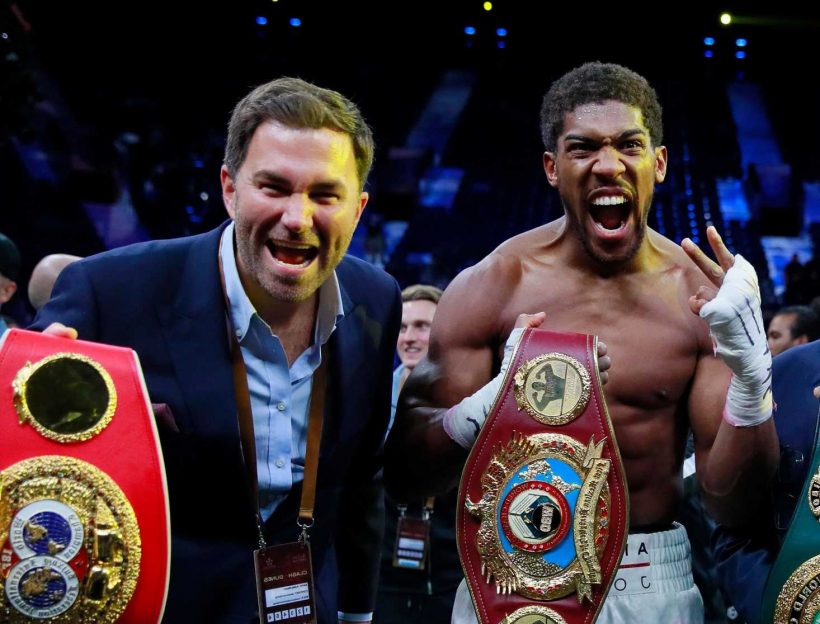 ANTHONY JOSHUA hailed Eddie Hearn as the 'best promoter in world' amid claims his fight with Tyson Fury is 'dead in the water'.

Fury and AJ signed a fight agreement in March with opposing camps then left to secure a date and venue. 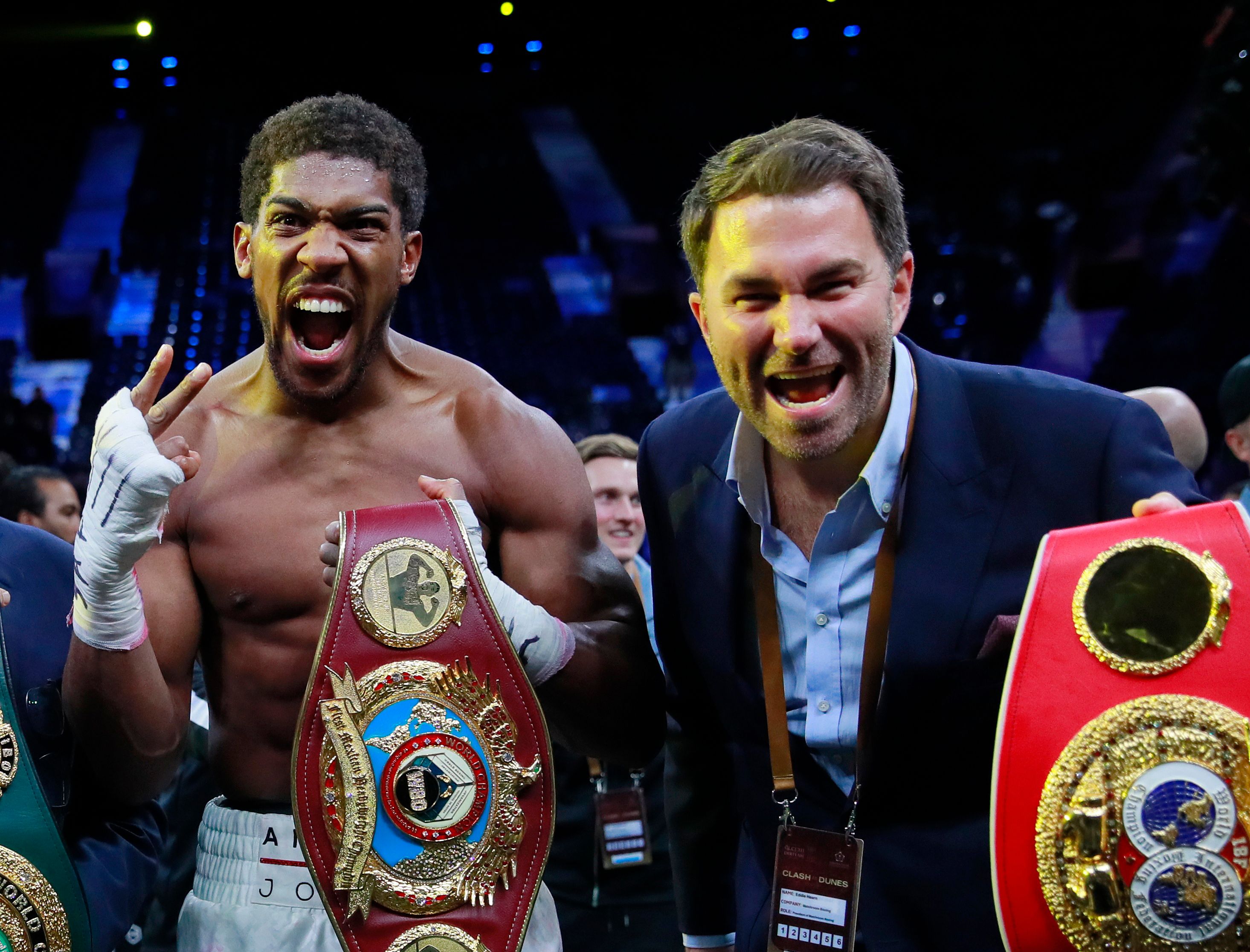 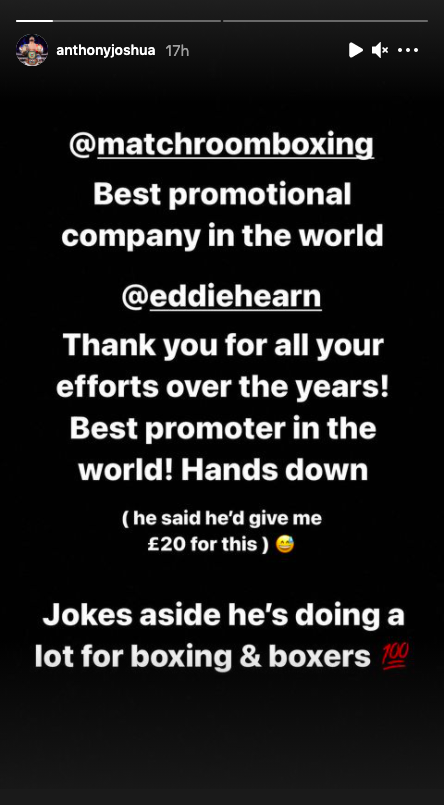 Joshua's promoter Hearn, the driving force behind the talks, is adamant a deal to host the historic headliner is close to completion.

But Fury's US handler Bob Arum had a contrasting opinion and astonishingly claimed the fight was 'dead in the water'.

Despite the differing stances, AJ has put his full confidence in Hearn and Matchroom Boxing as he hailed them on Instagram.

He posted: "@matchroomboxing. Best promotional company in the world. "@eddiehearn Thank you for all your efforts over the years!

"Best promoter in the world! Hands down (he said he'd give me £20 for this). Jokes aside he's doing a lot for boxing & boxers."

Hearn has guided Joshua to become a two-time unified heavyweight world champion since AJ's 2013 debut, a year after winning gold at the Olympics.

But he faces the biggest fight in his promotional career to deliver the undisputed title decider on everyone's lips.

And he even has doubt coming from Arum, who is working alongside Hearn to agree terms.

Arum told The Telegraph: "It will take months for the Saudis to do their due diligence on such a huge deal.

"It is not just a site fee, there are ancillary demands from the Saudis stretching into the broadcast deals and other things, it could take months for it all to play out.

"It could even take until 2022 the way it looks right now. The fight in July or August is dead in the water as far as we are concerned.

"The two fighters need to go and have other fights this summer while the negotiations for that fight in the Middle East conclude.

"It is absurd what Hearn is saying that it is a done deal.

"If we had just done a site deal without all the other complications that have arisen, we would have a fight by now.

"Tyson Fury is fuming about it and is refusing to keep waiting."

Fury in February 2020 dethroned Deontay Wilder of the WBC belt, but an immediate rematch clause was already in the contract. 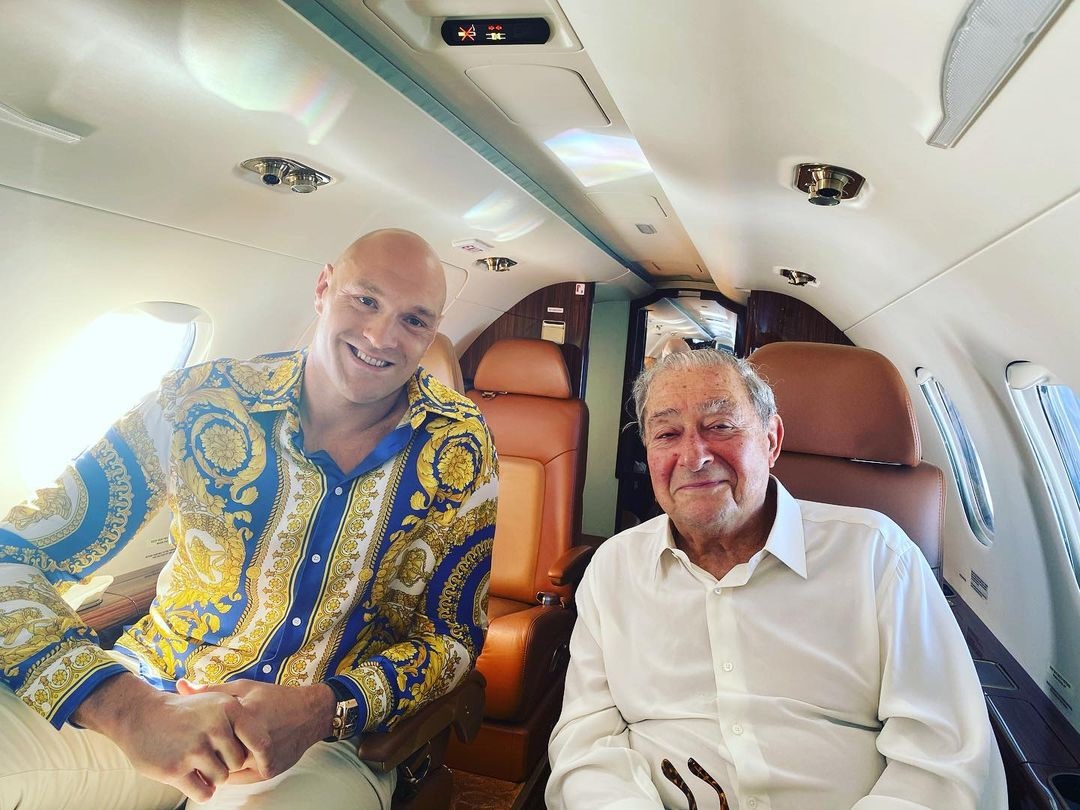 Team Fury argued it expired in October, allowing them to instead begin talks for an undisputed title decider with AJ.

Wilder, 35, is still fighting his case through a mediator, and Arum and Fury flew to California this week for arbitration.

And with claims of stalled talks with AJ, Arum admitted mediation with Wilder could instead turn to fight talks.

But in another twist, according to The Athletic, a site deal for Joshua and Fury worth more than £108m is expected to be completed this weekend.

It would see, for the first time in heavyweight history all four belts on the line, with Riyadh in Saudi, the hosts in early August.

Joshua's promoter Hearn, the driving force behind the talks, is even confident the fight will finally be announced by next week.

He said to iFL TV: "I believe we announce this fight next week. I do.

"Because, if we don't, I do agree with Bob, by then why wouldn't that be done? I don't think there is a reason it won't be done, to be honest with you."