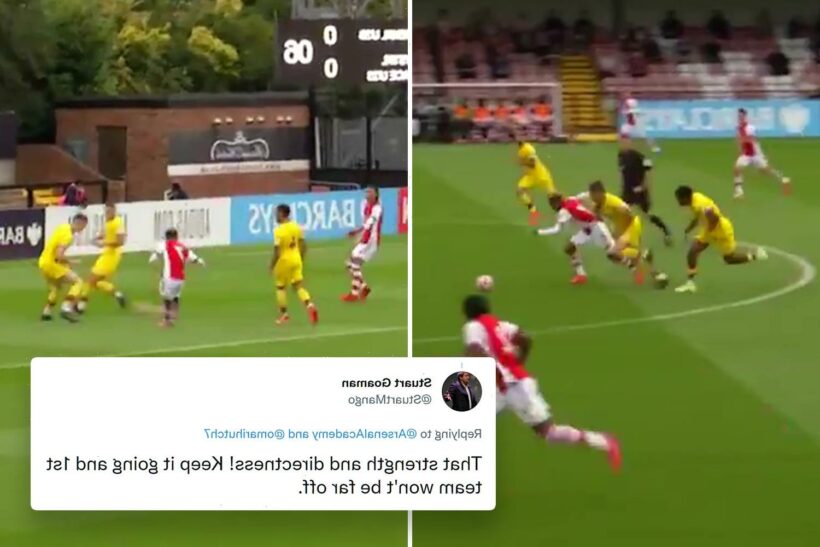 OMARI HUTCHINSON has left Arsenal fans begging for him to be included in the first team after his incredible solo goal.

The 17-year-old scored the worldie against Crystal Palace's Under-23s on Friday August 20. 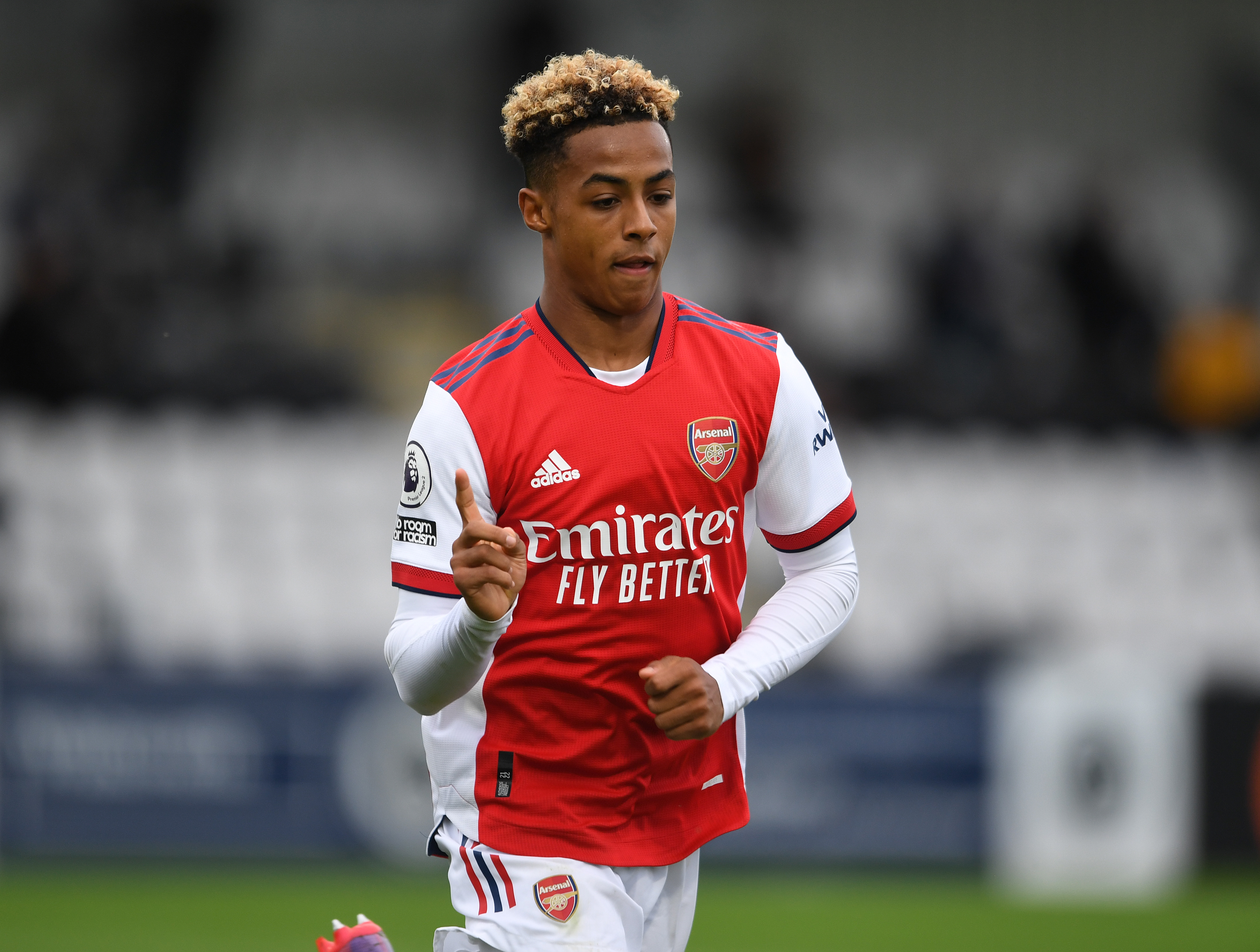 Hutchinson spun off Palace's Jack Campbell Wells-Morrison in the middle of the park and set his sights on goal.

The tricky left-footed attacking midfielder then managed to slip away from Nya Kirby on the edge of the penalty area.

Hutchinson then shifted the ball onto his favoured left foot, almost sending centre-back Jaroslaw Jach to the floor, before effortlessly firing into the back of the net.

The youngster also managed to grab himself another goal in the 4-2 win, capping off a wonderful performance.

And with Arsenal's first team doing so poorly – their worst start in their 118-year history – losing their first two league games of the season, some fans are calling for Hutchinson to at least get a game against West Brom in the Carabao Cup on Wednesday.

The Gunners have looked toothless in the final third and Hutchinson's direct style could be of help.

One fan replied to Hutchinson's solo goal on Twitter saying: "Well that's the difference right there!

"He doesn't want to be fouled, he wants to progress.

"Too many first teamers like Mari against Chelsea and Leno against Brentford, wanted to be a victim instead of wanting to be the victor."

Another added: "Get this kid in the first team."

Others saw the comedic but sad side to the wonder goal: it's guaranteed to win Goal of the Month.

Boss Mikel Arteta has a chance to get his team's season going tonight in the cup, but face a difficult return to league football at the weekend when they face defending champions Manchester City.

The Spaniard acknowledged the fan's discontent, but said the project at hand will take some time.

He told Arsenal.com: "I know they are disappointed when you lose at home. There has to be some reaction.

"But this is a project that is going to take some time.

"You can see and tell from the recruitment that we’ve done and the really young squad that we have at the moment and it cannot happen overnight.

"We all want to make it as quick as possible and we know that the responsibility for us is to fight with the top teams in every competition and that’s not going to change.”