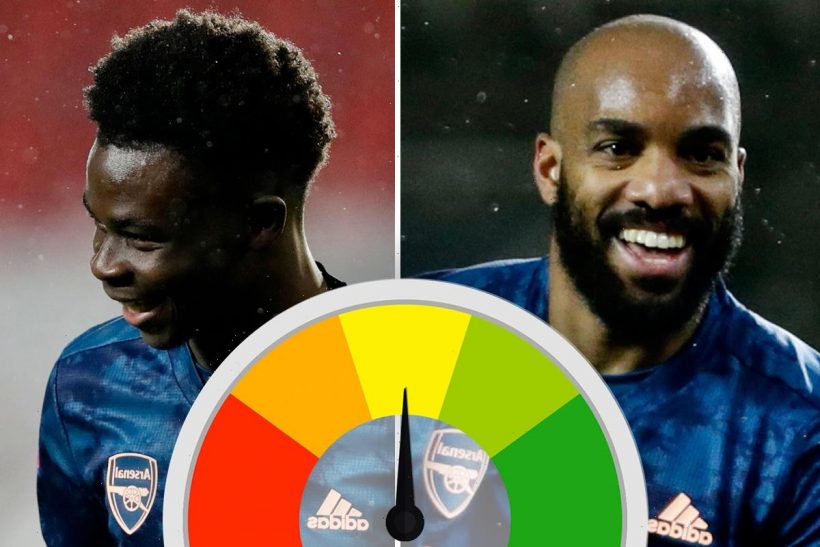 ARSENAL dusted off the cobwebs to blow away Slavia Prague and book their place in the Europa League semis.

Alexandre Lacazette led the way with two goals in the Czech capital, with Bukayo Saka and Nicolas Pepe also on the score sheet for a 4-0 win on the night. 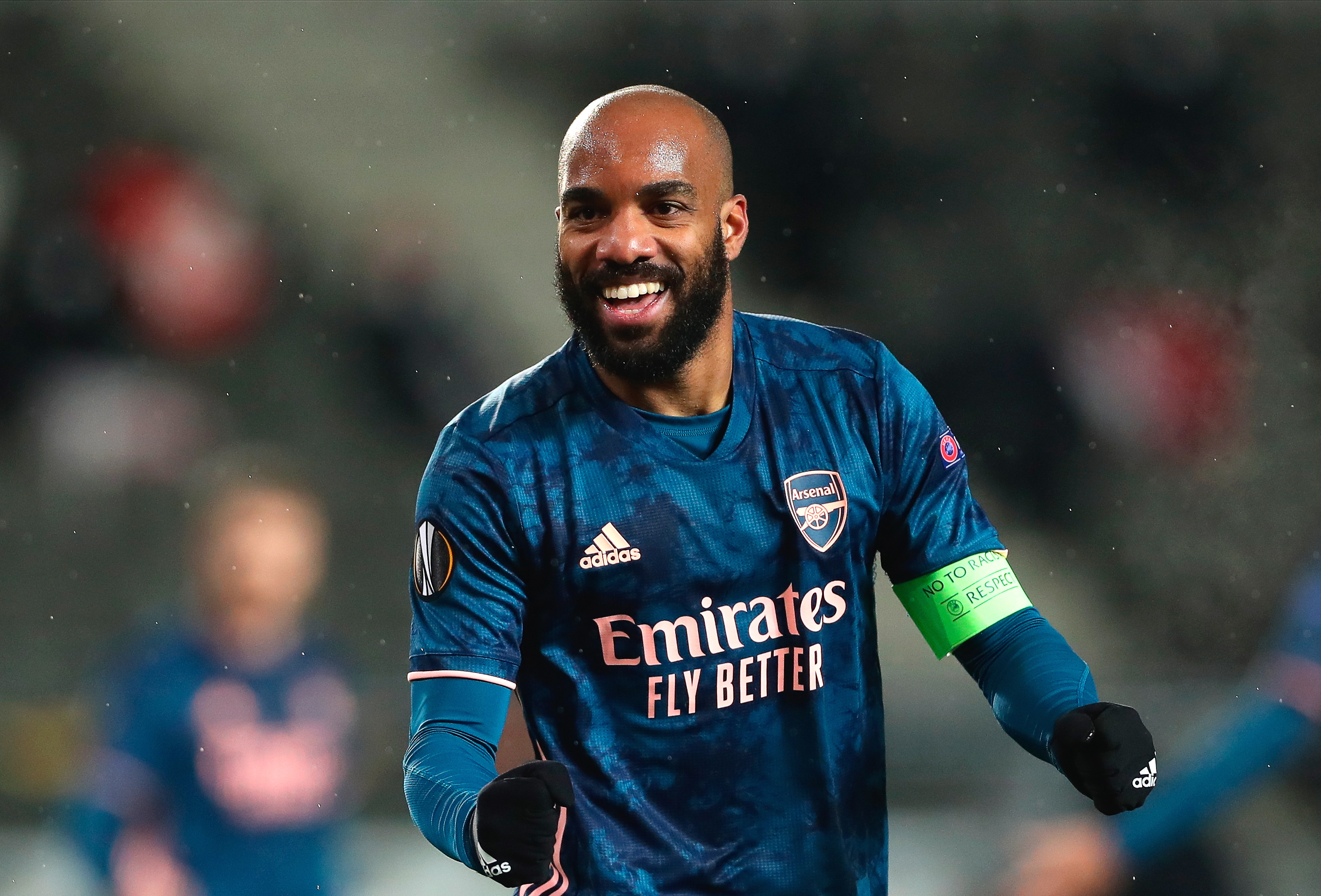 Arsenal's 5-1 aggregate victory means they will face old boss Unai Emery and Villarreal for a place in this year's final.

But who was the top Gunner for Mikel Arteta tonight? Here, SunSport's Anthony Chapman deliver his Arsenal player ratings…

Didn’t have an awful lot to do with Slavia failing to create opportunities.

But there was none of the usual nervousness when Leno did touch the ball as he radiated confidence between the sticks.

Was both a commanding presence and a serious threat going forward.

Proved his worth driving into space before picking out Saka with a great pass as the winger went on to score. 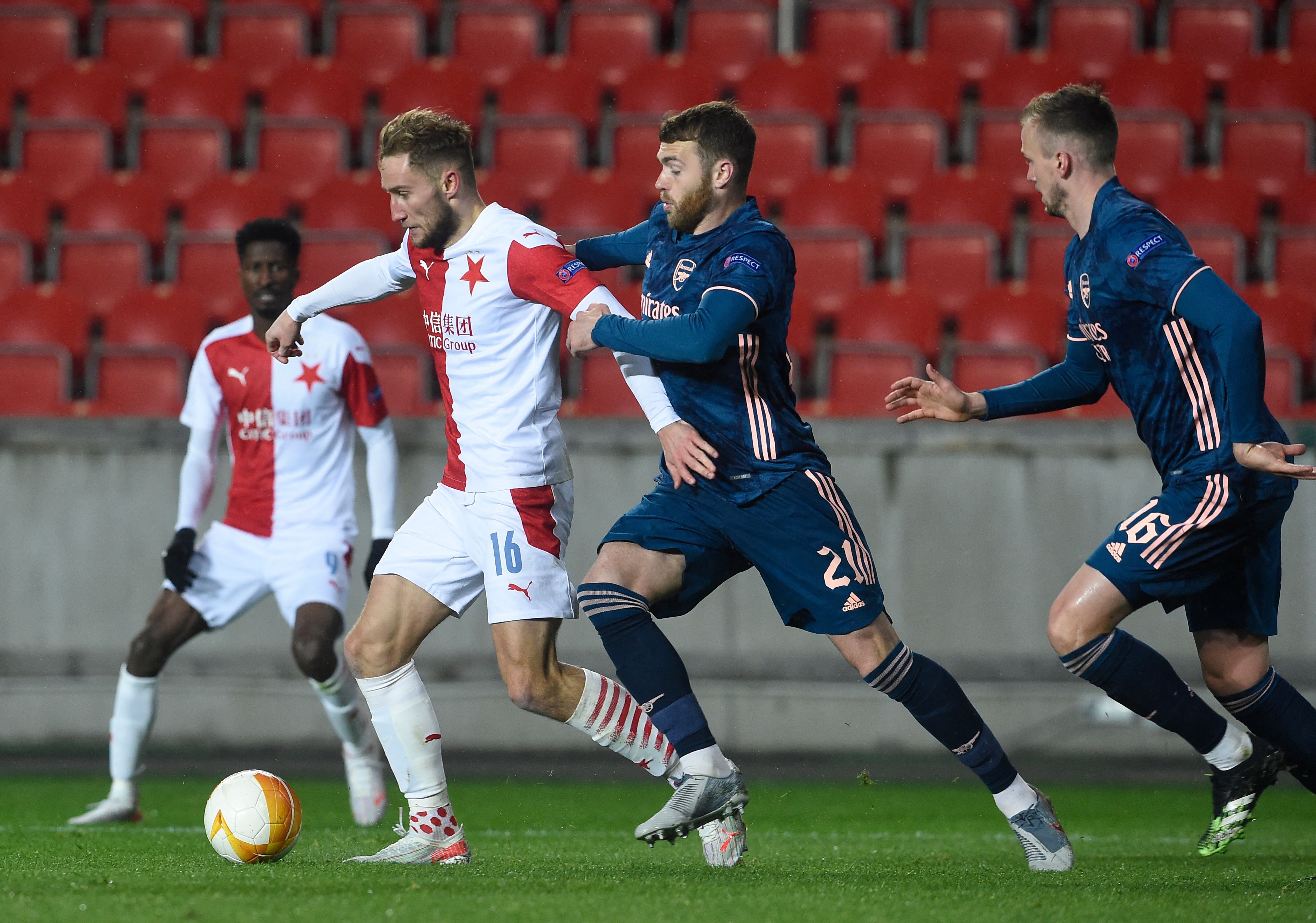 Must surely be Arsenal’s No1 centre-back as he led from the back.

He organised his backline well and made sure the ball was cleared well to safety any time it came into Arsenal’s penalty area.

This may have been his first European knockout game but the Brazilian was well suited to the big stage.

He barely gave the Slavia forwards a sniff and showed good composure on the ball throughout.

Makeshift left-back tonight but looked like he played there his entire career.

A true technician at work, Xhaka’s passes were clean and tidy as he also locked down any attacking threat from Slavia’s right flank. 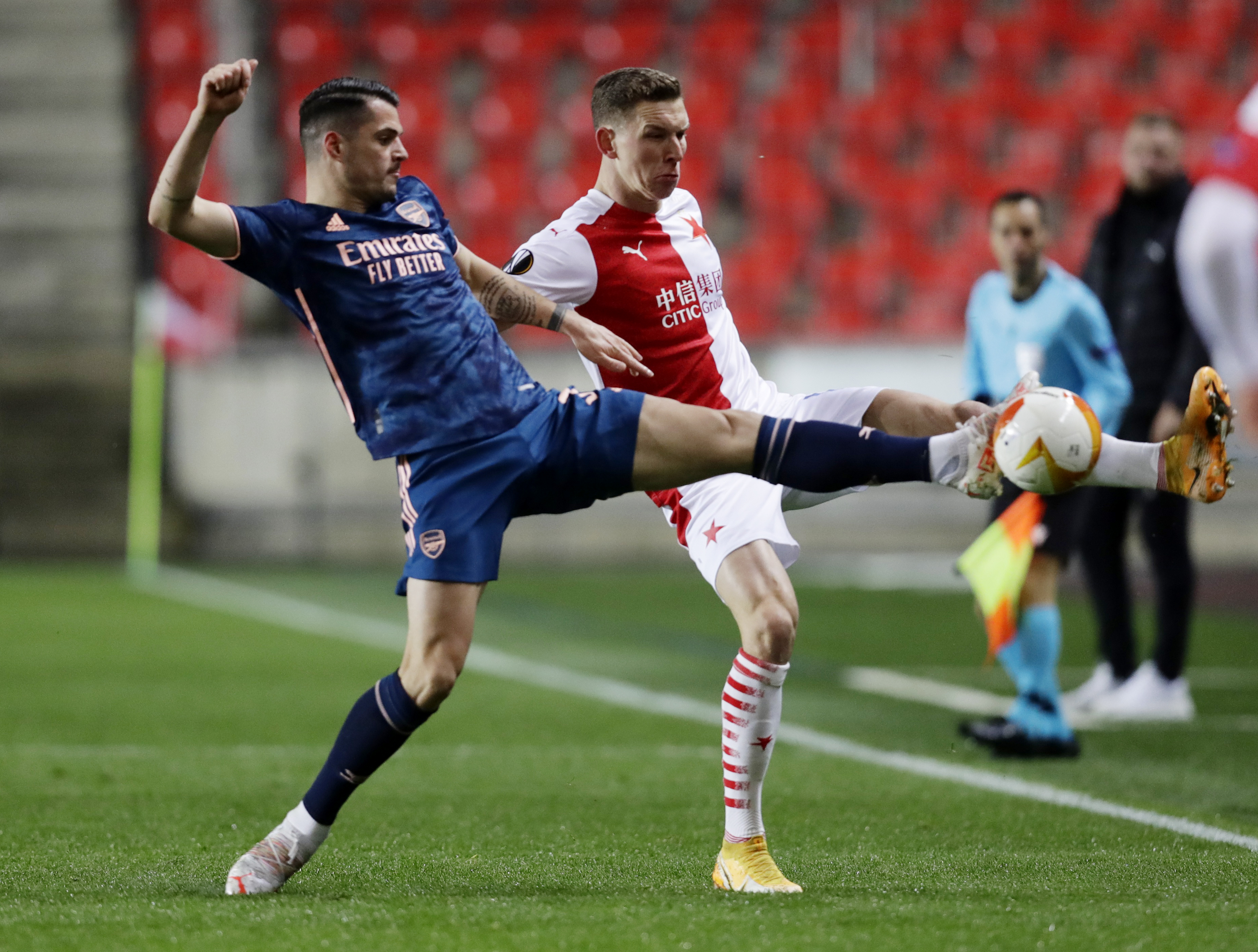 Brought an imposing presence to midfield and showed why Arsenal splashed the cash on him last year.

Was here, there and everywhere in a bid to support both his defenders and attackers.

Always looked to push up the pitch but provided steel in deeper areas when required.

Could be relied upon to drag the ball out of close quarters and set Arsenal’s flying forwards on their way.

Has gained a reputation as a livewire and lived up to that with another electric performance as he won the penalty to make 2-0.

Saka then smashed in a gorgeous long-ranger for 3-0 after some great link-up play with Chambers. 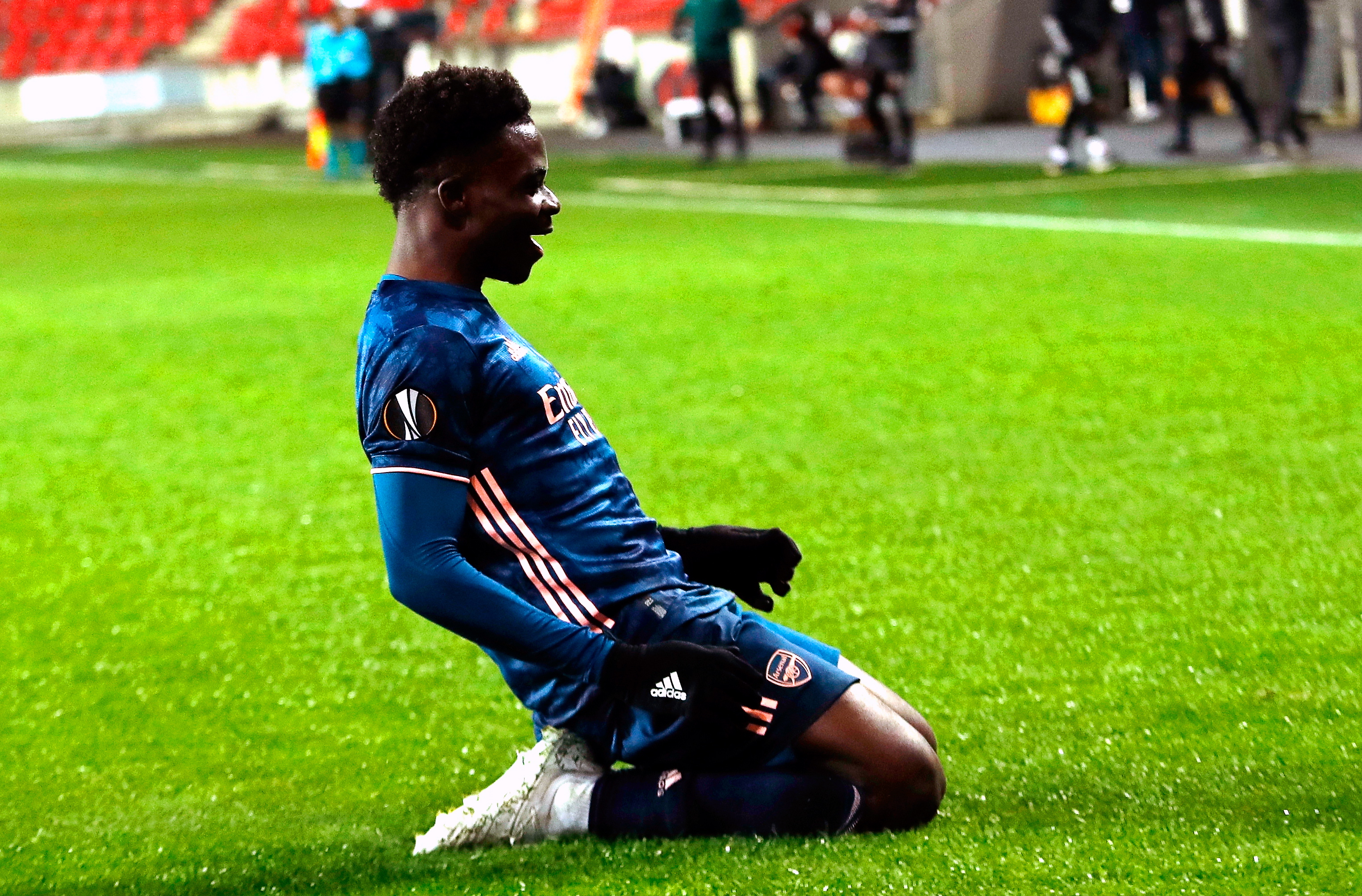 Showed good awareness to pounce on Saka’s shot – which hit the post – to fire Arsenal ahead after 14 minutes before the goal was ruled out by VAR.

Bounced back immediately to tee up Pepe moments later.

Tricky and physical, Pepe gave Arsenal the lead proper by showing some clever feet in the Slavia box before firing home.

Driving in from the left, on his left foot, put Slavia’s defenders on the back foot immediately and helped create space in the box for others.

Cool and composed leading the line, he constantly dropped deep and fired Arsenal 2-0 up with a cheeky penalty in the 20th minute before a clinical finish for a second goal later on.

Always available for a one-two and has brought back the fear factor to the team’s striker position. 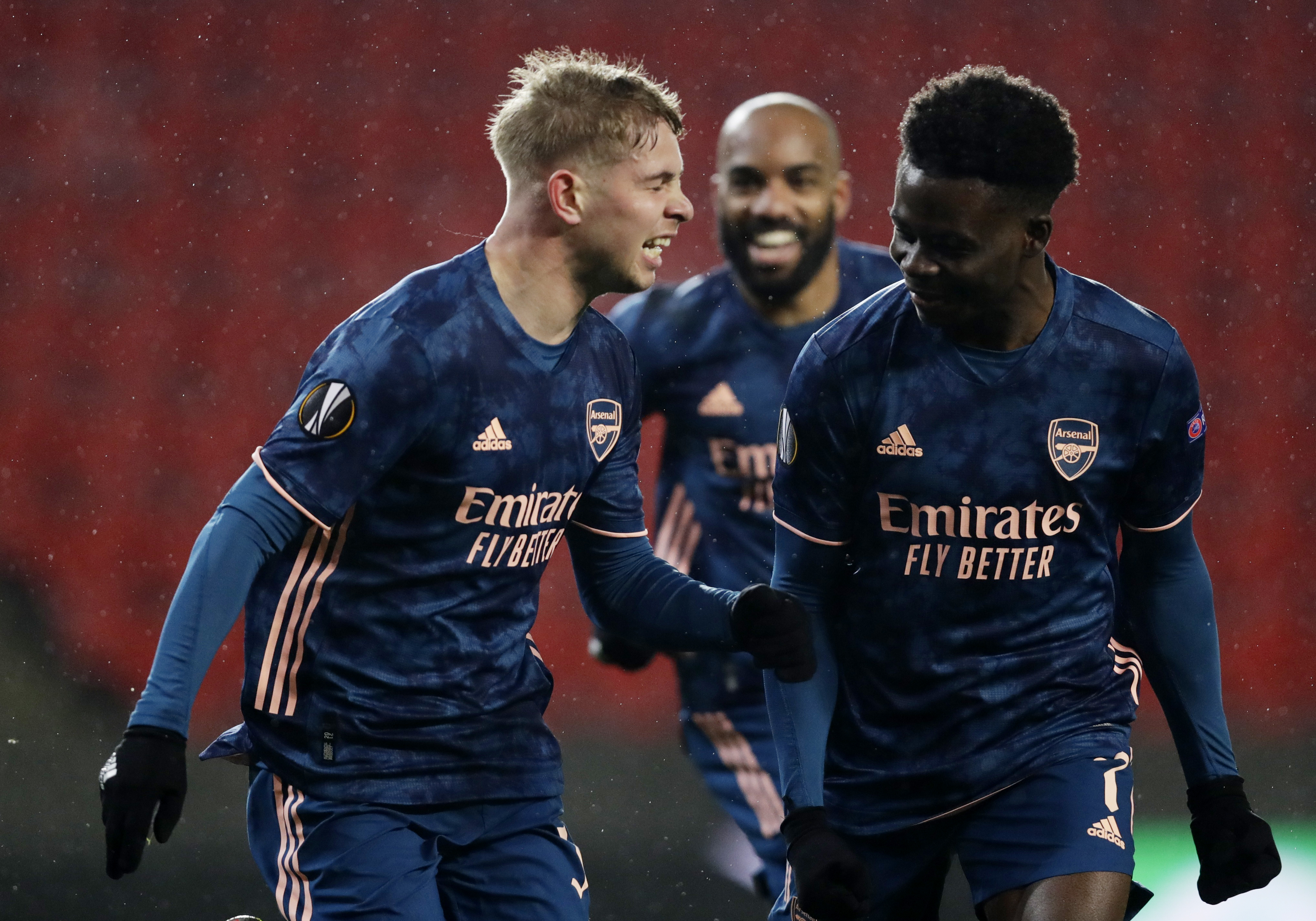 Off bench to shore things up in midfield and helped take further sting out of Slavia’s flat attacks.