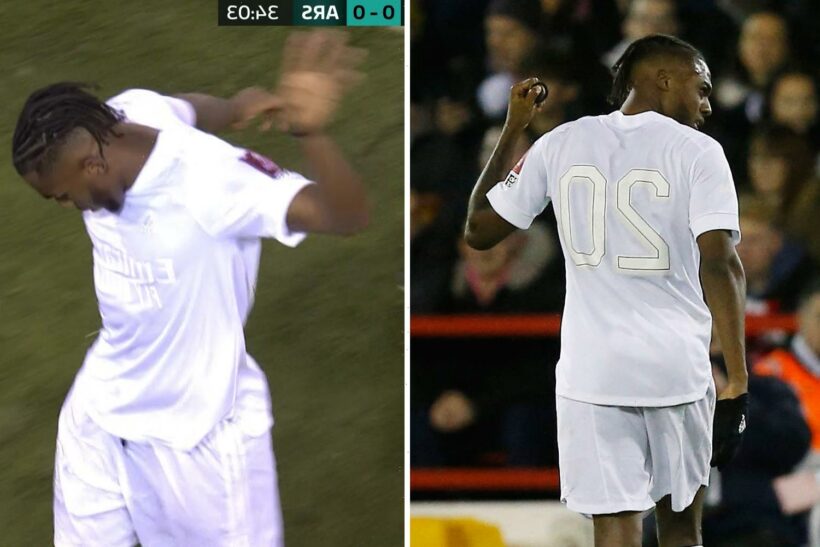 Tavares was left fuming after his number was held up up in the first half of the third round tie against Nottingham Forest. 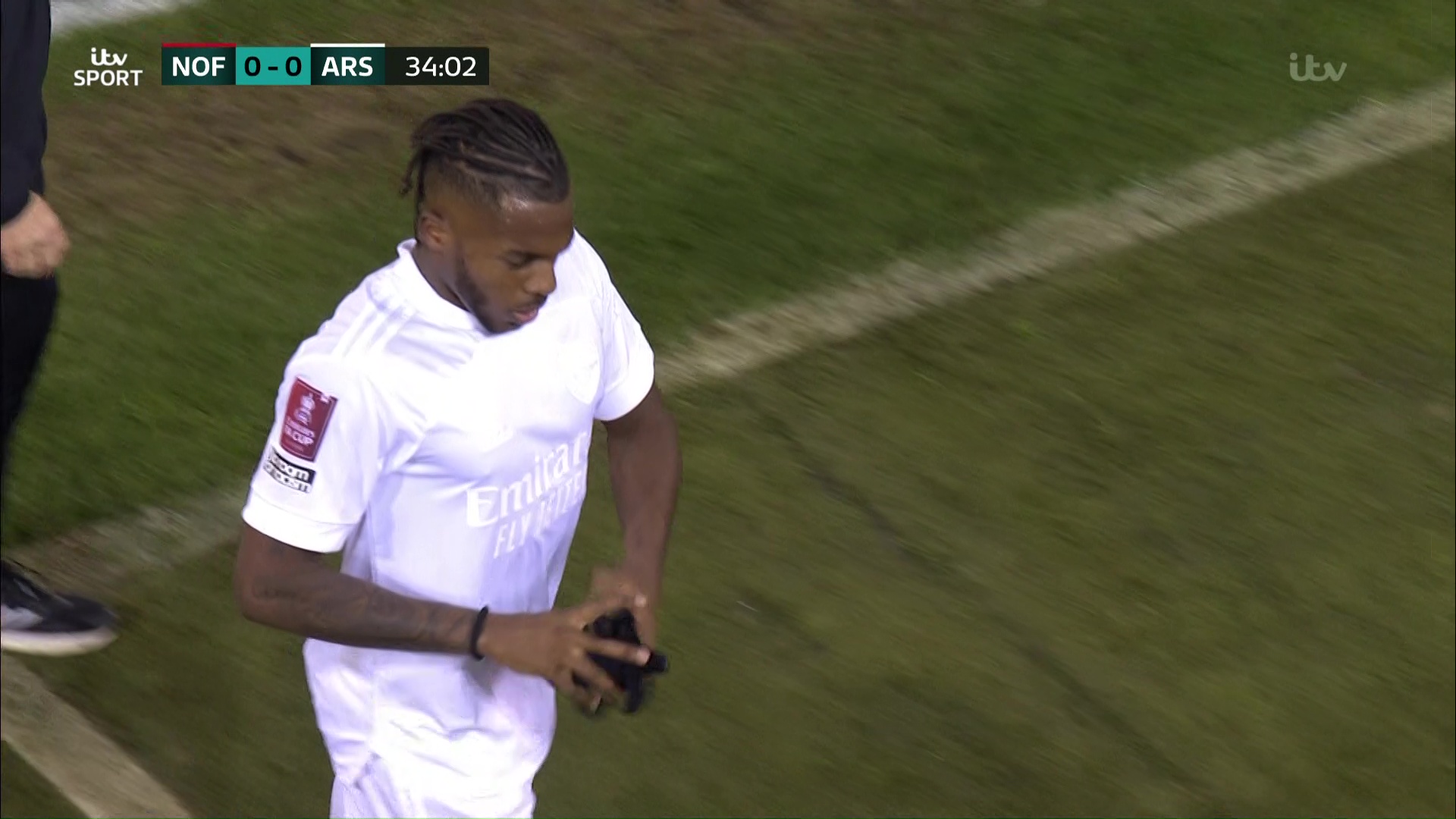 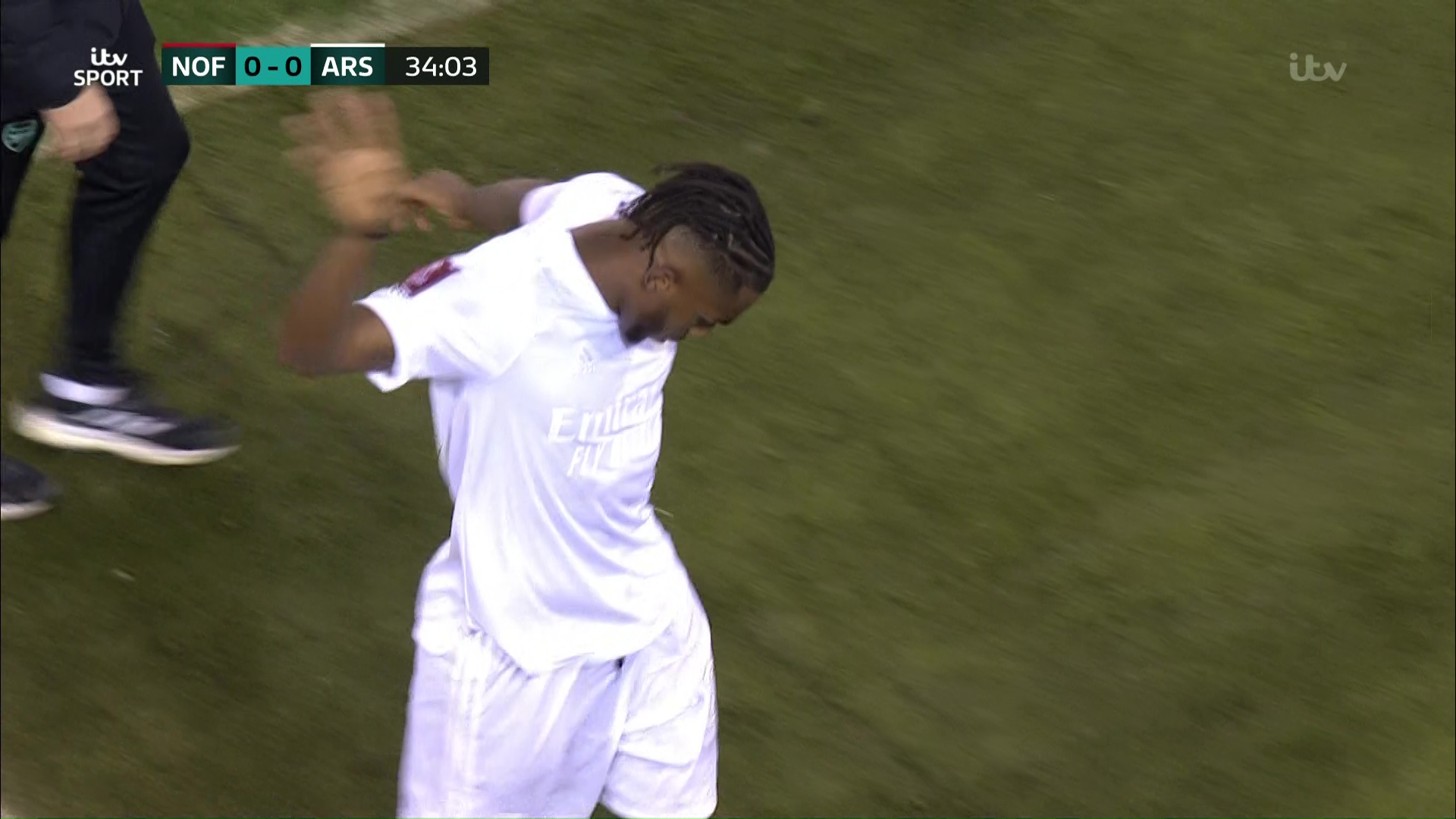 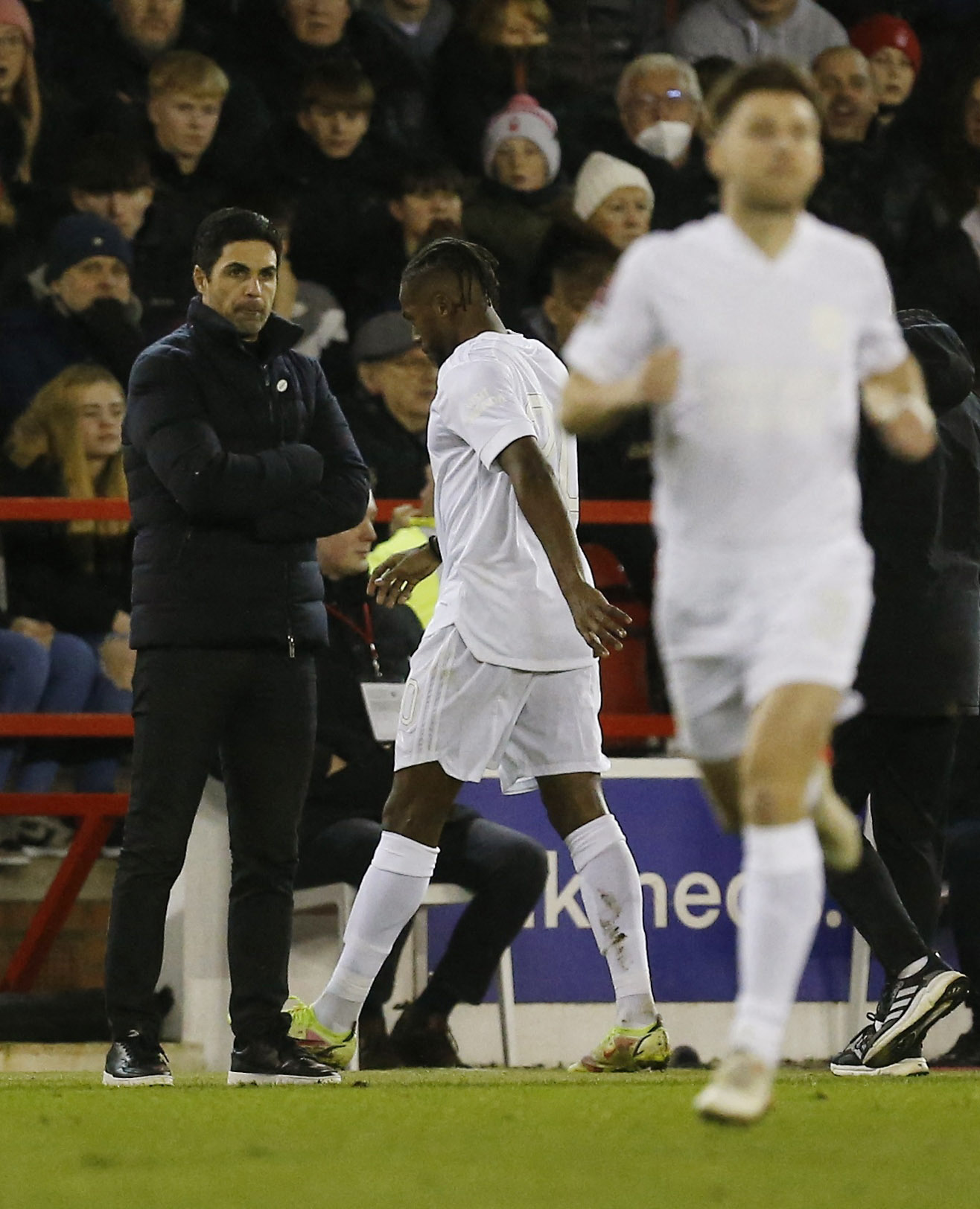 The 21-year-old angrily took off his gloves as he realised he was in for an early shower, flinging them to the floor as he left the pitch.

Tavares wasn't injured, with the substitution purely down to his poor performance.

Arteta didn't acknowledge Tavares as he left the pitch, and sent Kieran Tierney on in his place.

Tavares shook his head in disgust as he trudged off, and was consoled by a member of the Arsenal coaching team.

He has impressed since signing for £7million from Benfica in the summer, directly competing with Tierney for the left-back jersey.

But after tonight's performance and tantrum, Tavares may well be banished to the bench for the foreseeable future.

Most read in FA Cup

Jack invited me to a party night thriller at villa, says Towie Chloe

Yet despite a poor half an hour, some Arsenal fans sided with Tavares when it came to the substitution, criticising Arteta for not waiting until the break to make the change.

One wrote: "Should’ve waited until half time, that’ll ruin his confidence."

Meanwhile others thought the sub was justified, after a horrendous outing at the City Ground.

A Gunners supporter claimed: "I don’t blame Arteta. Tavares is having a shocker. Feel bad for the lad."

Another said: "This is Arteta disciplining Tavares, rightfully so I think. He’s been too careless lately."

Tavares wasn't the only sub-par performance in the first half, as the cup tie went into the break at 0-0 with the action yet to spark into life.

Charlie Patino, making his first Gunners start, also struggled to get into the game, after scoring on his Arsenal debut against Sunderland in the League Cup.

Current holders Leicester City await the winners of tonight's game in the next stage of the competition, following the FA Cup fourth round draw this afternoon.