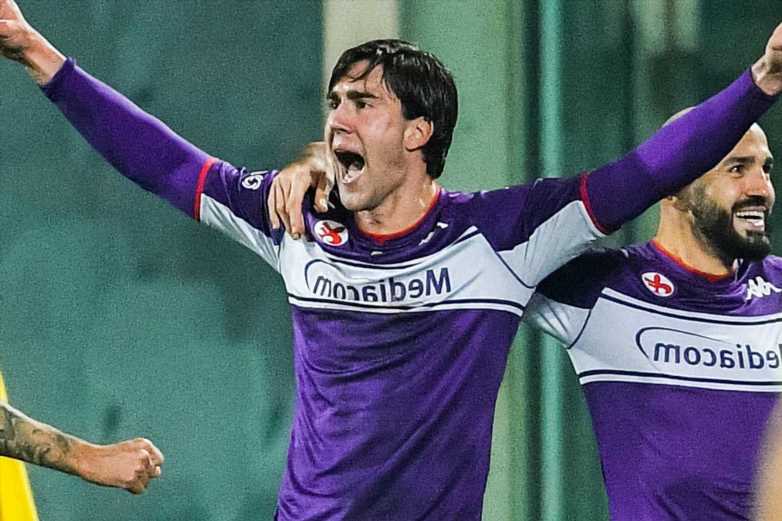 DUSAN VLAHOVIC was asked in November if he felt he was the heir to his idol Zlatan Ibrahimovic.

The Fiorentina wonderkid replied ‘no’, that every player must go on their own journey and that he still had much to do to reach the level of ‘one of the best strikers ever in football’. 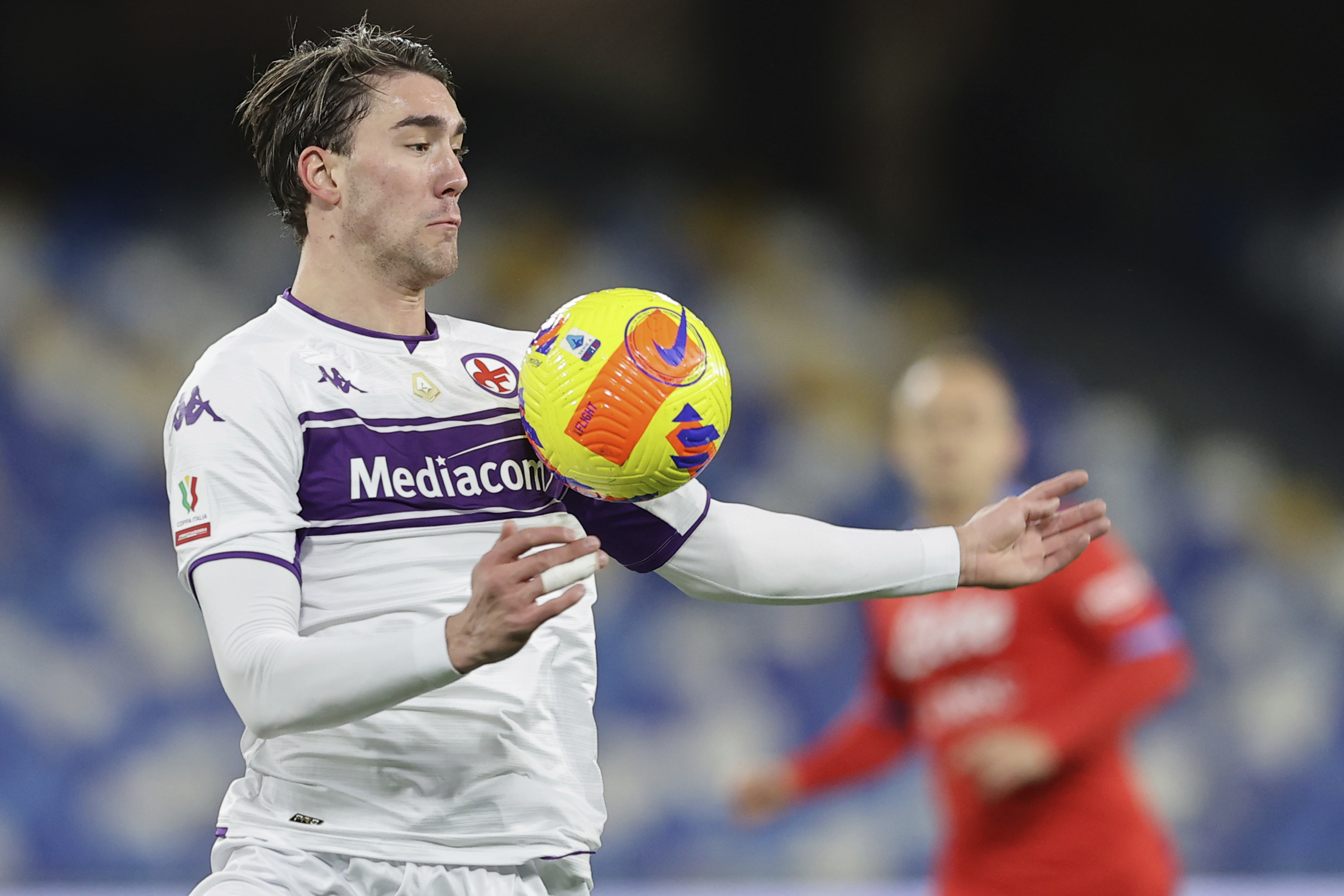 Yet as a precocious 15-year-old, Vlahovic was already dubbing himself the ‘Ibrahimovic of Belgrade’.

Or so says Partizan team-mate at the time Valeri Bojinov, who himself played for Fiorentina before a forgettable spell at Manchester City.

The Bulgarian, who claims he told The Viola to sign Vlahovic, said in March of the then cocky teenager: “Vlahovic was crazy, really crazy.

“He used to tell me: ‘I am a Zlatan Ibrahimovic from Belgrade, I will play for the strongest clubs.’ I liked his arrogance.”

Call it arrogance or supreme confidence, Vlahovic is a player fuelled by self-belief and a desire to reach the top.

A regular phrase of his is how ‘hungry’ he is to improve, despite eating up virtually every defender in Italy of late.

BETTING SPECIAL – GET £40 IN FREE BETS ON THE AFCON

Vlahovic only turns 22 later this month but in 2021 equalled Cristiano Ronaldo’s record of 33 Serie A strikes in a calendar year.

The Serbian goal machine is now on the radar of every major club and of particular interest to Arsenal, who would love him to spearhead their charge back to glory.

He played basketball from the age of four, looking up to Michael Jordan, but it was in Belgrade’s MiniMaxi indoor leagues where he honed his football skills.

The equivalent of five-a-side with handball-sized goals, the version of football is popular in Serbia, particularly during the winter months when snowfall is frequent.

After a brief youth spell at Red Star Belgrade, Vlahovic signed permanently for rivals Partizan where he rubbed shoulders with the likes of Bojinov.

Players are not allowed to make their debut before 16 in Serbia.

But Vlahovic made his soon after that milestone arrived, his opportunity aided by Partizan going through a rough patch at the time and wanting to turn to youth.

His time in his home country did not last long as Fiorentina, who have signed a number of players from Partizan over the years, snapped him up in 2018.

Vlahovic has excelled over the last two seasons, transforming himself from a penalty-box striker to a top drawer, all-round centre-forward.

His numbers are ridiculous and he can score all types of goals, including free-kicks and penalties.

The 6ft3ins star has also filled out to become one of the most powerful No9s going.

Fellow Serb Slavisa Jokanovic, previously manager of Fulham and Sheffield United, told SunSport: “Vlahovic has definitely improved all areas of his game a lot over the last few years.

“He’s become a strong, big, quick player and that’s why he’s one of the main transfer targets for all of the big European teams. 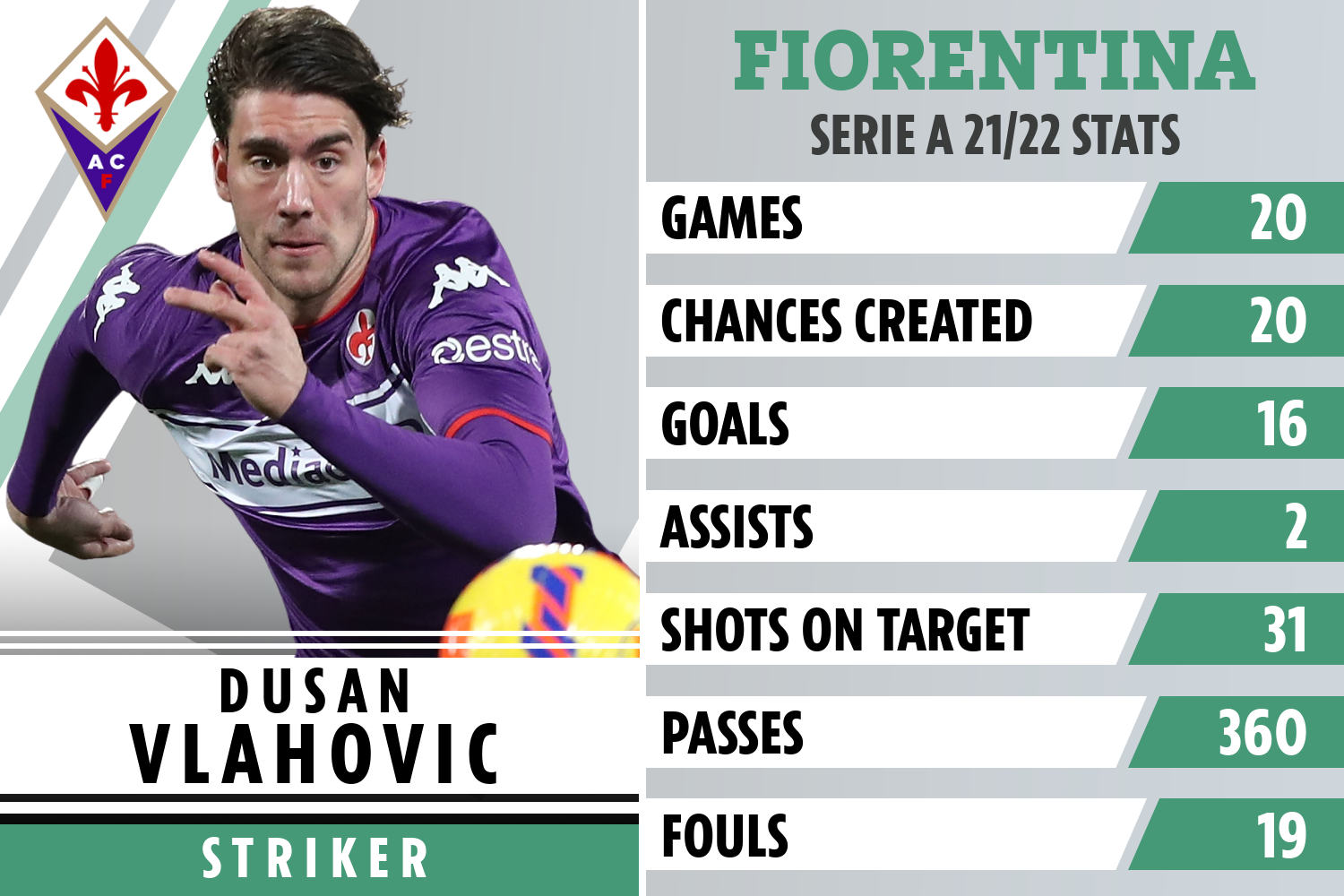 “He’s developed physically and gone from being a boy to a man and that’s helped him massively.

“From the amount of goals he’s scored, you can see that he’s a great finisher, but he’s also very hard-working.

“He’s got a great turn of pace, can finish with either foot and is very strong in the air, so he’s a very good all-round striker with many qualities. Another quality is his good attitude and desire to be a success.”

Vlahovic, who enjoys MotoGP and fantasy football, often stays after training to work on his finishing and running, and has studied Erling Haaland’s movement in a bid to better himself.

Ibrahimovic remains his biggest hero though.

The legendary Swede gave Vlahovic a signed shirt in March after the Serb had scored twice in Fiorentina’s 4-3 win over Ibrahimovic’s AC Milan.

Vlahovic revealed afterwards: “He wrote in Serbian, ‘Good luck for everything, I wish you the best’.

“It was unique. Every match against Milan has something special for me, because everyone knows the stories about Ibrahimovic, who is my idol.”

Vlahovic has been one of the key drivers in Serbia qualifying for the World Cup, where they will be likely billed as dark horses.

Manager Dragan Stoijkovic defied popular belief by creating a 3-4-1-2 formation that managed to cram the talents of Vlahovic, Aleksandar Mitrovic, Dusan Tadic and Sergej Milinkovic-Savic all into the same team – and it has worked a charm.

The combination of Vlahovic and Fulham talisman Mitrovic is a throwback to the 90s when teams would deploy two powerhouse forwards together, like Alan Shearer and Chris Sutton in Blackburn’s Premier League title-winning side.

The likelihood is Vlahovic will be representing a different club by the time Qatar rolls around – with his current contract expiring at the end of next season and a new deal looking unlikely.

Mikel Arteta would love it to be Arsenal and the forward would certainly suit English football, but there are other suitors out there.

Atletico Madrid had a £50million bid rejected last summer, while Juventus are also said to be very keen.

A switch to Manchester City has also been mooted – and there is a rich history of Serbs going from Partizan to Fiorentina to City, with Stefan Savic, Matija Nastasic and Stefan Jovetic all following that route, even if they were not hits at the Etihad.

Fiorentina’s colourful billionaire owner Rocco Benito Commisso values his prize asset at around £63m and insists he will not let anyone ‘blackmail’ him into selling for any less than he thinks the player is worth.

Vlahovic has reportedly been offered a new contract worth £4.2m a year to Vlahovic, which would make him Fiorentina’s best-paid player in history.

But there are suggestions the players’ agency, Belgrade-based International Sports Office, want £6.7m just for renewing a deal as well as 10 per cent of any future transfer fee from Fiorentina and the buying club.

Commisso told the FT Magazine: “He developed here. And he should give recognition, whatever happens, to the club that got him to where he is.”

All roads point towards an exit, either this January or in the summer, but the question is where.

The English-speaking striker could be transformative for Arsenal and take them to the next level.

A front five of Vlahovic, Emile Smith Rowe, Martin Odegaard, Bukayo Saka and Gabriel Martinelli over the next decade is certainly mouthwatering.

But a switch to the Emirates would also be something of a gamble from the player’s perspective given they are not guaranteed to reach the Champions League. 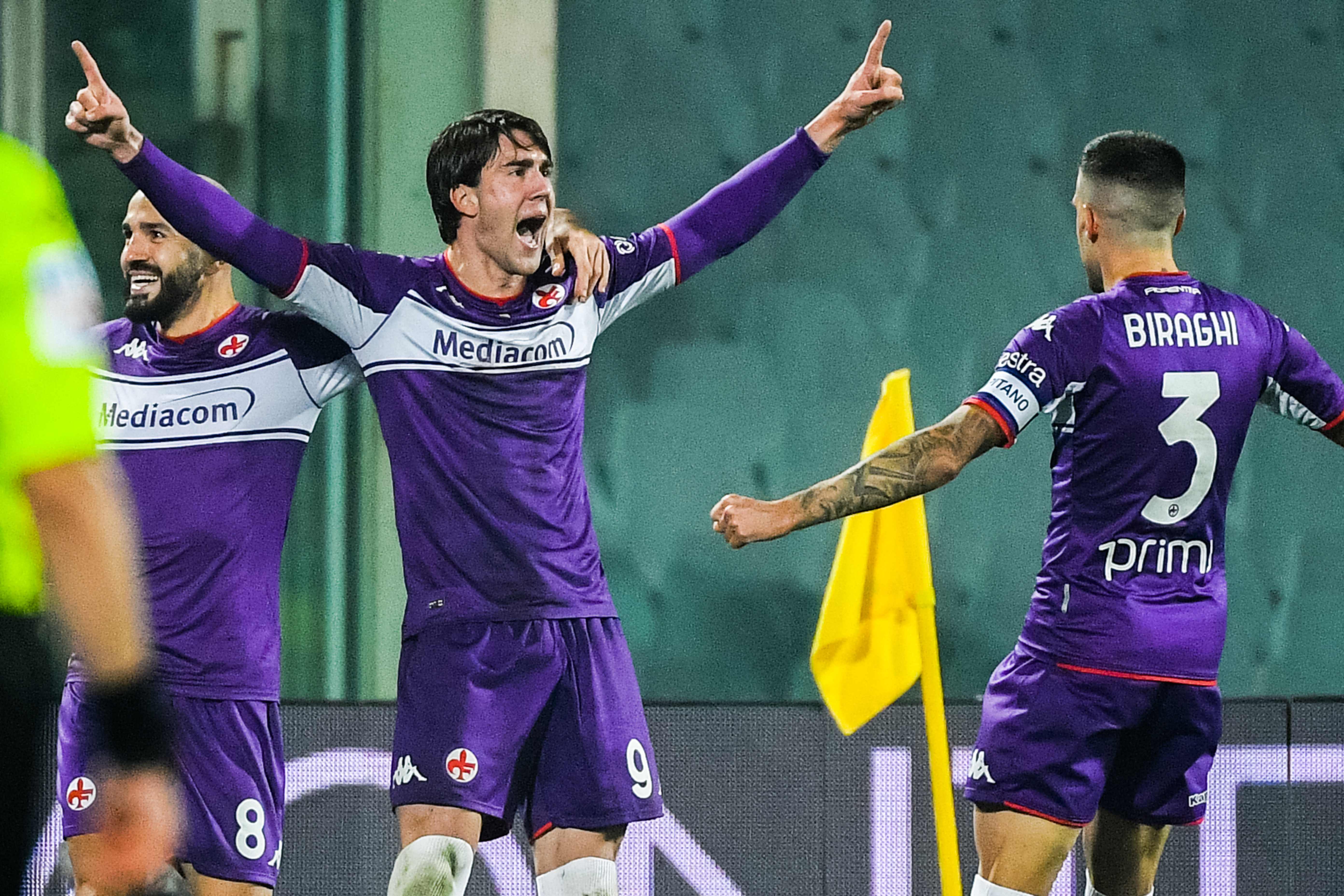 Nebojsa Markovic, journalist for Belgrade-based website Mondo who covers the Serbian national team, told SunSport: “If Arsenal sign Vlahovic, that could be a really massive deal for them.

“Not just financially but in a footballing sense because he feels like the player they’re missing.

“He seems like someone who has all the tools to find his way in England which is a different level to Serie A.

“But Juventus are in a situation where it might suit him. They need a striker who is going to bring certain goals and he feels like that kind of player. They can build their team around him and can afford him.

“With Juventus you know they will soon be competing for all the titles again soon. But with Arsenal you don’t get that because it’s so much harder in the Premier League.”

While Jokanovic added: “He’s an extremely talented player and there’s no doubt that he could easily end up in the Premier League, but we don’t know where he’ll decide to go.

“We’ll have to see what decision he takes about the next step in his career, but he certainly has the ability to play at the highest level.”

Whatever happens to Vlahovic, he is sure to back himself to be a success wherever he goes and certainly not scared of a challenge.

This is a player who had the balls to net a panenka penalty against Juve in April last year, despite Fiorentina’s Serie A status being in jeopardy at the time.

To paraphrase Bojinov, it is hard not to like his Ibra-esque arrogance.