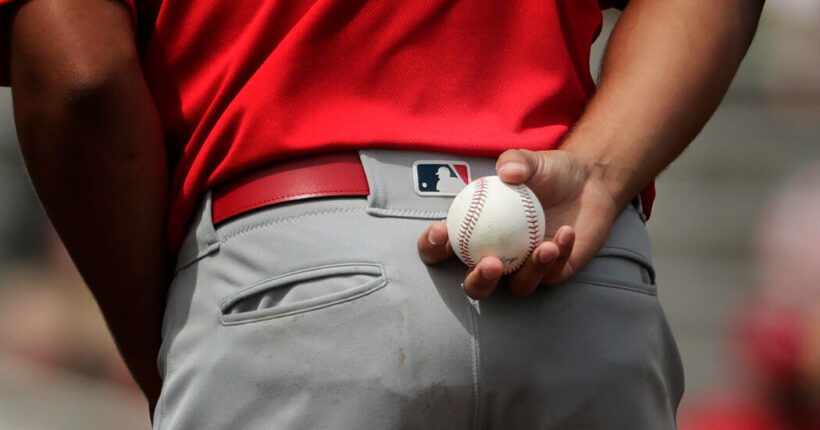 Since the season began in April, Major League Baseball’s umpires and league officials have been collecting baseballs by the thousands. Balls from games are inspected, with the most suspicious specimens being sent to an independent laboratory for analysis.

A forensic examination at that laboratory determined that a majority of the balls had some kind of illegal foreign substance — presumably applied through sleight of hand by a pitcher on the mound — with tests still being done to determine exactly what was placed on them. The purpose of the substance is fairly clear: To help pitchers make the baseball curve, dip and hop more than it normally would.

The study of the balls is only part of a wider investigation, which has involved video, high-tech analysis of the rate of spin on pitches and witness accounts. It is the latest — and currently loudest — cheating scandal in a sport that seems to have a new one every few years.

After the sport dealt with illegal steroids and illicit sign-stealing, now comes foreign substances on baseballs, a skyrocketing trend that is believed to have played a key role in turning the sport into a monotonous procession of strikeouts and low-scoring games.

That monotony poses an existential threat. With an aging core audience, and many young children turning to sports they view as more exciting, watching big leaguers swing and miss in three-hour wars of attrition is not an easy product to sell to a new generation.

“The data is clear that foreign substances are having an impact on the game,” Theo Epstein, a consultant for Major League Baseball, who has been involved in the effort to curb such illegal substances, wrote in a text. “As the prevalence and sophistication of the substances have grown, we are seeing more strikeouts, less contact, less balls in play, and an imbalance between the pitcher and hitter.

“Along with other factors, including the talent level of many of today’s pitchers, the result is a style of play that is uncharacteristic of the way baseball has traditionally been played.” 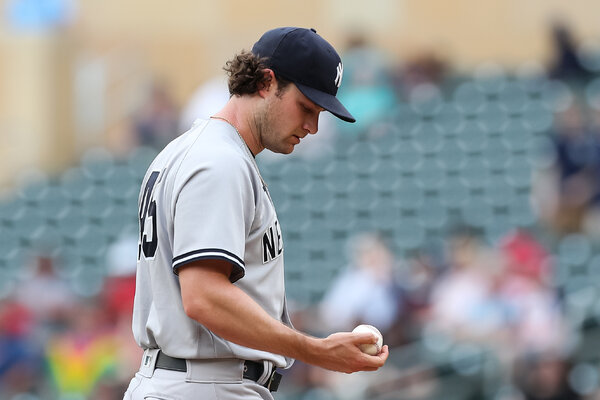 Epstein, the former team executive who guided the Red Sox and Cubs to long-awaited championships, is not being hyperbolic. It is harder to hit a baseball in 2021 than it has been at almost any other time in the sport’s history. The leaguewide batting average entering Friday’s games was .237, the lowest mark since 1968, which itself was the lowest in the 146-year history of the major leagues. Batters were striking out 8.98 times per team per game, the highest in history, and six no-hitters had already been thrown — only one fewer than the modern record for a full season.

Far from being engaging for fans, the pitching dominance has left the sport in something of a crisis, with some managers and players wondering aloud if the no-hitters are bad for the game.

As with most sports, the course of baseball history is an ebb and flow between offense and defense. During the so-called steroid era, when players juiced up on performance-enhancing drugs and were hitting balls into near orbit, offense held sway. In 2000, the leaguewide batting average was .270.

But in recent years the pendulum has swung decisively back toward pitching. The reasons are myriad: Pitchers have been trained to throw harder, large data sets have taught teams to position their defenders more effectively and hitters have been encouraged to swing with maximum effort on every pitch, seeking home runs while sacrificing batting average.

But many believe a new line of supercharged foreign substances has handed pitchers far too large an advantage.

“This is going to be the next steroids of baseball ordeal,” Josh Donaldson, the third baseman for the Minnesota Twins, told reporters, “because it is cheating, and it is performance enhancing.”

Various products and concoctions have traditionally been hidden in small reserves under the bill of a pitcher’s cap or in their gloves. The substances, which have to be surreptitiously applied on the mound, allow pitchers to grip the ball better and thus spin it much faster. That can drastically increase the movement of the ball and make it demonstrably harder to hit.

Last month, four minor league pitchers were suspended for 10 games for evidence of foreign substances. Three had it in their gloves and one on his belt.

In an informal poll taken by M.L.B. during the off-season, a majority of field managers cited foreign substances on the ball as the most urgent issue facing the game.

“I read the rule book every year once or twice,” said Luis Rojas, the manager of the Mets, “and it is in the rule book, not to use any substance on the ball.”

But the practice remains widespread, regardless of legality. Aaron Judge, the Yankees slugger, said on Wednesday, “Ninety-five percent of the guys I face in the league, something is going on.”

But that is about to change. In the coming days, M.L.B. is expected to issue new guidelines and protocols to enhance enforcement of the existing rule governing foreign substances on balls. Offending pitchers will most likely face an increasing array of penalties, from ejections to fines and possibly suspensions.

Judge’s teammate, the star pitcher Gerrit Cole, was asked last week if he ever used Spider Tack, an ultra-tacky glue-like substance designed to help competitors in strength contests keep their grip on large weights, known as Atlas stones. Cole’s awkward response to the simple yes-or-no question left many believing that he has used it.

After pausing for about 15 seconds, he responded, “I don’t know quite how to answer that, to be honest.” He went on to outline how previous generations of pitchers handed down information to the next generation, suggesting the practice is pervasive.

Indeed, pitchers have applied foreign substances to balls throughout the game’s history. For decades the spitball was ubiquitous. Pitchers applied slick substances — sometimes actual saliva — to balls to make them jump and turn unpredictably, which contributed to an offensive downturn known as the Dead Ball era.

With a growing belief that spitballs were making the game dangerous for batters, the sport formally outlawed them before the 1920 season. But baseball’s uneven enforcement of the rule was apparent from the start. Shortly after the ban was put in place, it was announced that pitchers known for throwing spitballs would be allowed to continue throwing them.

Decades after those original spitballers retired, however, a host of pitchers continued to doctor baseballs.

Gaylord Perry, a star pitcher in the 1970s, boasted of doctoring the ball in his book, “Me and the Spitter,” published in 1974 — an admission that did not prevent him from being elected to the Baseball Hall of Fame in 1991. Others were caught altering the balls in various ways, with minimal punishment or fuss.

Many players bolstered their grip on the ball by creating their own concoction using rosin, which is legally supplied in a bag behind the mound, in combination with substances like pine tar and sunscreen. Those compounds, for the most part, were intended to help pitchers keep their grip on a slick ball. Hitters rarely complained because it was not seen as a competitive advantage.

“Almost every pitcher I know used something,” said Al Leiter, an M.L.B. analyst who pitched for 19 seasons. Leiter said the substances in his day were used for grip and safety, not for an advantage. “But if the new substances make your stuff better, then maybe that is different.”

In recent years, materials like Spider Tack, Monkey Hands and homemade concoctions, including pine tar, distilled Coca-Cola and hair gel, have allowed pitchers to grip the ball so well that they can put far more torque on pitches. That allows them to increase the ball’s spin rate, which is a measurement of the revolutions per minute as the ball travels toward the plate. In a data-obsessed game in which everything is measured and documented, spin rate has emerged as the holy grail of pitching.

The spin on the ball produces a wake of airstream behind the ball that creates movement, much like the rudder on an airplane.

According to Lloyd V. Smith, a professor of mechanical engineering at Washington State University and the director of the Sports Science Lab, the more spin on a straight fastball, the longer it defies gravity. “If spin rate goes up 10 percent, it equals three-quarters of an inch more movement,” he said.

Older methods could add 150 r.p.m. to a pitcher’s spin rate, but the newer substances can add 400 to 500 r.p.m., which could mean a 25 percent increase to a typical pitch — enough to push the ball an extra couple of inches, making it appear to hop over bats.

With Major League Baseball on the verge of cracking down, an extreme change is expected, and may already be in motion. According to M.L.B.’s Statcast, which measures the spin rate of all pitches, the average r.p.m. on four-seam fastballs, curveballs and sliders last week was 2,360, the lowest it has been all season.

That dip followed the suspension of the minor league players and published reports that M.L.B. was set to increase scrutiny. The coming weeks could serve as a clear point of demarcation — before enforcement and after.

And while baseball is looking to crack down on illegal substances, it is also investigating possible alternatives to rein in dominant pitching, like a universally accepted tacky substance that would satisfy pitchers, hitters and fans alike.

Baseball officials are also tinkering with other methods to help hitters catch up. One proposal involves moving the mound back by a foot or more — an extreme measure, not unlike the one taken by M.L.B. after the 1968 season in which the mound was lowered by five inches to lessen a pitcher’s advantage.

Once again, after watching the game lurch into an offensive rut, M.L.B. is ready to act.

“All parties in the game, especially the fans, have an interest in leveling the playing field between pitcher and hitter, and pitcher to pitcher,” Epstein said.