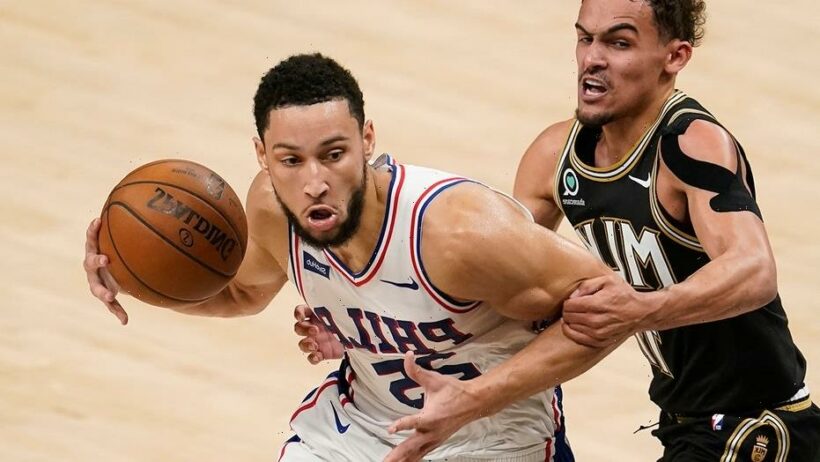 Simmons finished Game 7 with five points on 2-of-4 shooting from the field. He added 13 assists and eight rebounds, but his lack of aggressiveness was noted. Shaquille O’Neal was one of the loudest critics after the game but Simmons had already acknowledged his poor play in the 103-97 loss.

“I ain’t shoot well from the line this series,” he told reporters, via ESPN. “Offensively, I wasn’t there. I didn’t do enough for my teammates. … There’s a lot of things that I need to work on.”

Simmons’ foul shooting wasn’t much to be envied either. He was 15-for-43 from the free-throw line in the series against the Hawks and finished the playoffs with 34.2% from the line. According to ESPN, it was the single-worst free-throw shooting percentage in playoff history with a player who had at least 70 attempts from the line. He was 25-for-73 in the first two rounds of the series.

He heard the boos from the fans during the loss.

Simmons, who the 76ers paid $177.2 million over five years starting in 2019, was immediately thrust into trade rumors right after the loss.