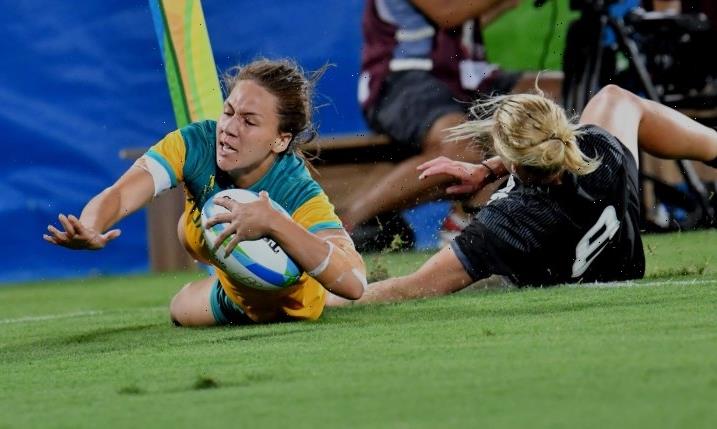 Australian Olympic officials will wait for the final Olympic COVID Playbook in June before deciding whether to increase restrictions on its athletes, including the possibility of limiting interactions between contact and team sport competitors and the rest of the athlete body.

Local officials welcomed the release of the latest version of the playbook, which is a blueprint for athletes on how they are to conduct themselves at the Games and the measures put in place to protect their health and wellbeing. 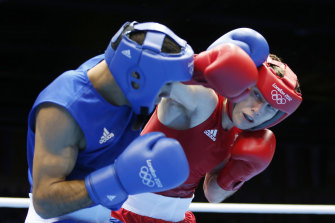 Sports like boxing, where combatants may trade sweat and even blood, are a high-risk event compared to individual events.Credit:Reuters

Athletes will be subject to daily testing, restricted to specific competition, training and accommodation areas, wear a mask even when on the medal dias, have two negative tests within 96 hours of flying into Tokyo and then show a pre-valid card with a “written pledge” to abide by the rules, with the card also outlining destinations for athletes during the Games.

But teams may yet add their own restrictions on top of those stipulated by organisers, with the possibility of biosecurity bubbles within biosecurity bubbles that could see Australian athletes eat their own pre-packaged food in lieu of the dining hall and have their interactions with other nations capped.

The Australian Olympic Committee (AOC) has already war-gamed a scenario in which there would be 100 COVID-positive athletes circulating in the Village at any given time, so it comes as little surprise they are planning for added layers of protection for competitors.

But should the athletes be protected from members of their own Olympic team? Individual sports like archery or swimming or athletics require minimal to no contact with other competitors, while team sports like basketball or hockey can put athletes right in the firing zone for transmission.

That’s not to mention obvious COVID hotspot sports like wrestling, Rugby Sevens and boxing, where competitors trade sweat and even blood during a standard bout. It’s a higher-risk environment but Australia’s chef de mission Ian Chesterman will defer any calls on added measures and consult individual sports along the way.

“My desire is to allow sports to decide what they think is best,” Chesterman said. “Part of our philosophy in running this team is to empower sports to manage themselves the way they want to be managed. They know their athletes best.

“At the moment my goal would be not to have too many extra rules running over.

Chesterman said Australia was in an enviable position with vaccines available for all athletes and officials. That would leave them less vulnerable to infection at a Games where athletes are not required to be vaccinated to enter Japan.

“We are going to be in a fortunate situation where we are vaccinated. I think that will give us a bit more freedom as to how we operate in our own team space,” Chesterman said.

He said there would doubtless be Australian athletes who were uncomfortable with getting a vaccine but he encouraged them to do so.

“There will be some who have reservations and hopefully they can work through those reservations but at the end of the day that will be their decision,” he said.