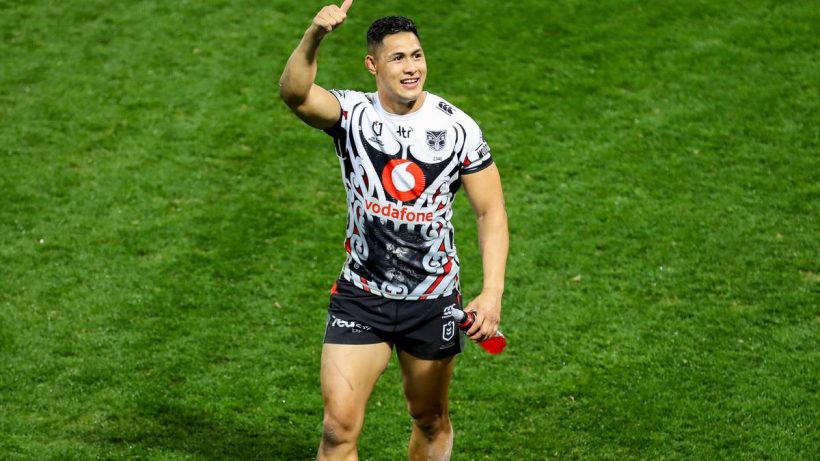 One hundred per cent gutted.

That’s the first thought after Warriors captain Roger Tuivasa-Sheck confirmed his move to rugby next year, where he will attempt to fulfill his All Black dream.

Roger Tuivasa-Sheck IS the Warriors. Or he was.

I actually think the Warriors should tell him to shove off now.

They’ve got a ready-made replacement option in Peta Hiku, with exciting rookie Paul Turner waiting in the wings.

So it’s hard to think of a more disappointing or even anger-inducing moment in the history of a truly crazy, often inept but endlessly entertaining and fascinating sports club.

This is a case of searching for positives and struggling.

The guy you wanted most to rely on turned out to be the guy you can’t rely on.

And I’d rather watch blokes who really want to be at the Warriors, who aren’t heading off to the rival code. Any glories which come the RTS way this year will be another great advert for rugby.

It’s going to be very hard to cheer for him quite frankly.Rugby will be licking its lips, even though this coup just fell into their lap.

You long sensed this was coming, but it still doesn’t deal with the shock of it actually happening.

Rugby union has been allowed to run rampant in the state school system, at league’s expense. Rugby only has to pick up the phone to get what it wants from tax and rate payers, while the Warriors have been left to rot in a dilapidated stadium in Penrose.

Now it gets to steal the country’s most important player away in a great publicity coup.

Tuivasa-Sheck isn’t just a big fish in a small rugby league pond here. He’s a whale in a puddle. He was brought here by previous Warriors CEO Jim Doyle to lead a league revolution.

This is an absolute body blow to any Warriors/league fan. There’s no getting away from it.

Right now, I’d happily rip his player of the year photos off the Warriors walls. I really would. It feels like an act of betrayal.

Then again, it’s a free world. It’s his right, and quite frankly he’s been let down by a Warriors club which couldn’t match his standards.

And one of rugby league’s great strengths – as we have seen during Covid-19 – is also its great weakness. League is a great backyard sport which can’t offer someone of Tuivasa-Sheck’s ability the chance of playing on a genuine and glorious international stage.

Rugby is a magnificent beast when it appears in those great temples in places such as Cardiff, London, Johannesburg and Auckland. League has nothing which remotely compares.

Tuivasa-Sheck will give it everything in rugby, you can be assured of that, but he’s getting on and it’s hard to see a natural position for him in the 15-man code.

By the time he gets to grips with the game, he will be well and truly past the usual prime for an outside back. He isn’t in the Sonny Bill Williams class. Nowhere near it. I don’t see him making it big in rugby.

Good luck Roger although – at this very point in time – I don’t mean it.