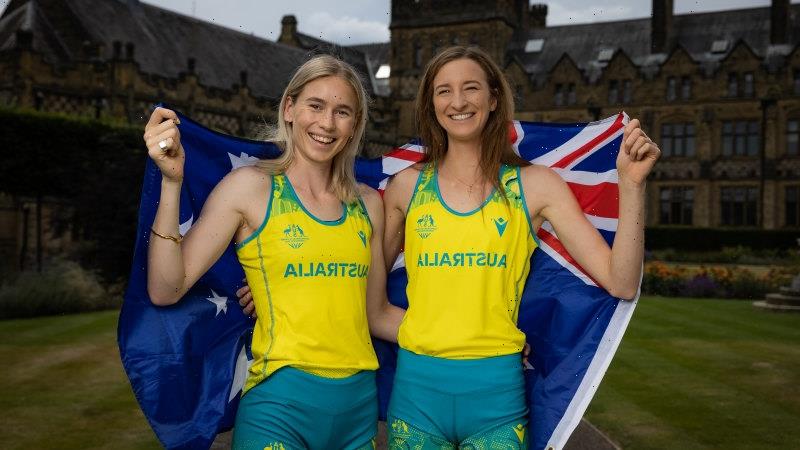 Birmingham: Eleanor Patterson worked in a bakery part-time and was still at school when she won Commonwealth Games gold in Glasgow eight years ago as a crushingly shy teenage girl from a small country town in south-eastern Victoria.

She fidgeted when she spoke, glanced past you apologetically, and smiled reluctantly in case it encouraged further conversation. She was, by her own admission, expecting to be a wallflower in Glasgow, there to observe everyone else, when suddenly she became the observed. She was deeply uncomfortable. 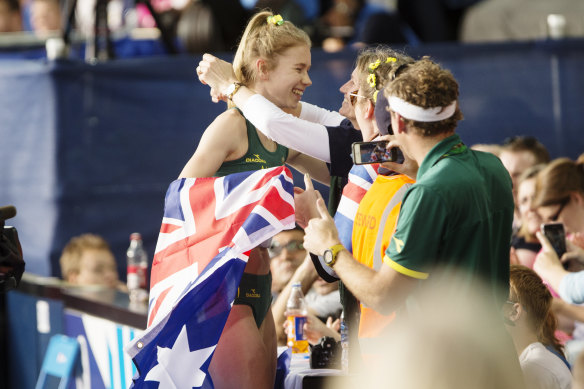 Eleanor Patterson after her triumph at Glasgow in 2014.Credit:James Brickwood

Four years ago, Patterson had quietly given the sport away. She got to a point where she stopped loving high jump and drifted into retirement without ever making a conscious decision to do so. She was deeply unhappy, and she hated where she was and what she was doing.

They couldn’t could they?

England have closed the gap at the top of the Commonwealth Games medal table, and are on the verge of taking the lead after a rare day without Australian gold. 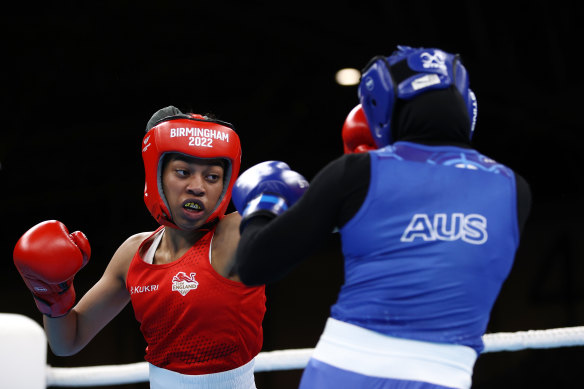 Australia remain atop the medal tally with 50 gold medals, but England have moved within three golds after winning five golds on Friday, including two at the diving.

There was also a silver for diver Brittany O’Brien in the women’s 1m springboard, an another five bronze medals.

Australia are on track for a big weekend with both the men’s and women’s hockey teams, the women’s T20 cricket side and netball outfit among those staring down medals.

While matching the 80 gold medals from the home Games in 2018 could be a bridge too far, the Aussies have already outdone their efforts from Glasgow in 2014.

Australia won 49 golds in Glasgow, where England topped the medal tally with 58 gold medals, just the second time in the past 11 games that Australia have not finished atop the medal tally.

G’day everyone. It’s Roy Ward here and I will be leading our live blog as we begin day nine of the Commonwealth Games in Birmingham.

We have plenty of Aussies chasing glory today with high jump world champion Eleanor Patterson leaping for the gold medal in the women’s final which is due to start just after 7pm AEST this evening.

Meanwhile, three of our most high profile teams will be battling to make their respective gold medal games with the Diamonds in netball (11.30pm AEST), the Australian women in Twenty20 cricket (3am AEST) and the Kookaburras in men’s hockey (5.15am AEST) all facing semi-finals which will either propel them into a gold medal game or into a must-win game for the bronze medal.

Please feel free to leave a comment on the blog at anytime and enjoy the hours to come.