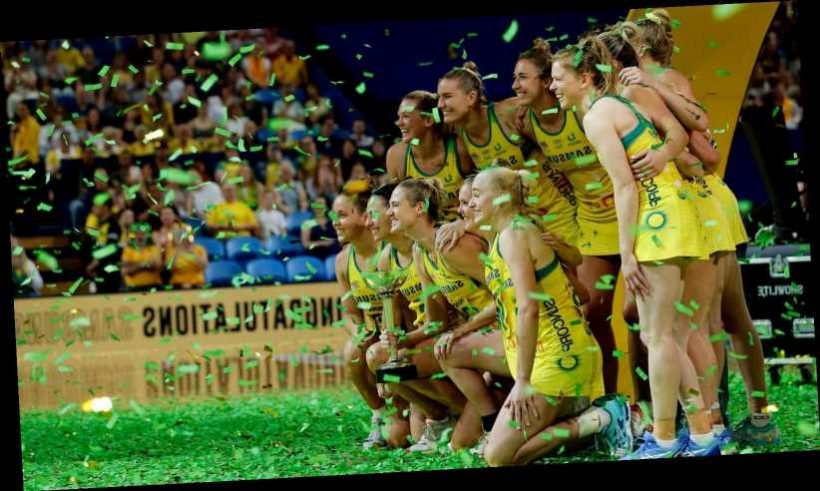 This week, netball’s top two nations – New Zealand and Australia – will renew their great rivalry and face-off against each other in a bid to win the Constellation Cup.

After a patient wait for this series to happen – it was originally scheduled for October 2020 – all four matches will now be played behind closed doors in New Zealand.

Netball New Zealand has also decided to focus on one central venue, Christchurch Arena, to avoid additional travel around the country after the re-emergence of COVID-19 in the community and New Zealand’s change in alert levels.

With the eyes of netball’s fans, players and coaches, now tentatively turning towards the Commonwealth Games in Birmingham next year, the four contests between these two powerhouses are eagerly anticipated.

What’s at stake for both teams?

The Constellation Cup is played annually. Typically, the four games would be played across two or three weeks, and fixtures would take place across both sides of the Tasman.

This year, as mentioned due to COVID-19 restrictions, the entire series will unfold in New Zealand with matches one and two, and three and four, being played back-to-back.

When it comes to the winners, then you will have to go back to 2012 to find the last time that the Silver Ferns came out on top.

Despite being favourites in 2019 after their Netball World Cup gold, the Diamonds were able to hold New Zealand to a series draw (2-2). The Cup, therefore, currently sits in Australian hands.

New beginnings for the Diamonds

Inexperienced – it’s a word that traditionally isn’t used to describe the Australian Diamonds, but perhaps ahead of this series, it has its place.

The Diamonds haven’t played a Test match since October 27, 2019. That means, when they take to court on March 2, it will have been 492 days since their last international. And, during that time period much has changed within their set-up too.

For the first time in nearly a decade, Australia will not be coached by Lisa Alexander. It will be the freshly-appointed head coach Stacey Marinkovich, who will be responsible for the Diamonds’ fate. If early indications are anything to go by, the Marinkovich era will be set apart from Alexander’s.

In a surprising move, Marinkovich has decided against naming a captain for the tour. Instead, a team captain will be appointed ahead of each game, based on leadership contributions shown on and off the court throughout the series.

This approach [to leadership] isn’t about diminishing about what’s been done in the past. One thing that has become clear within this new squad, was that the players and coaching staff don’t want to put any limitations on what can be achieved by the group. So, this leadership approach for the Constellation Cup series will encourage collective leadership across the squad and provide us with the opportunity to really identify our strengths and areas for development.

The most pressing issue in front of Marinkovich lies in Australia’s attack end. Test centurion Caitlin Bassett will likely be a firm fixture at GS, but who will join her in the circle?

With Gretel Bueta still making her return to the sport following maternity leave, and Steph Wood out with an injury, there are four contenders for the GA bib. Remarkably, they are all uncapped.

Kiera Austin, for many, is the obvious choice having played a season with Bassett at Suncorp Super Netball side GIANTS Netball. But, don’t discount Sophie Garbin of the NSW Swifts or Cara Koenen of Sunshine Coast Lightning.

Garbin won the Premiership with the Swifts back in 2019 and Koenen was the only Australian to make the top five goal scorers in the Suncorp Super Netball 2020 season. Each has a justified claim to the bib and will look to make their case throughout the series.

From masterminding New Zealand’s World Cup winning comeback in 2019, to decisively securing the inaugural Vitality Nations Cup trophy in the early days of 2020, Dame Noeline Taurua has cemented herself as the Silver Ferns’ greatest off-court asset.

It therefore came as no surprise that Netball New Zealand were thrilled when Taurua recently signed her first ‘long-term’ contract, meaning she’ll lead them to the next Netball World Cup in 2023.

The Constellation Cup is the only piece of silverware Taurua has not successfully obtained during her time in charge. Overturning nine years of Australian dominance is no mean feat, but it is one that Taurua will certainly have her sights fixed on. 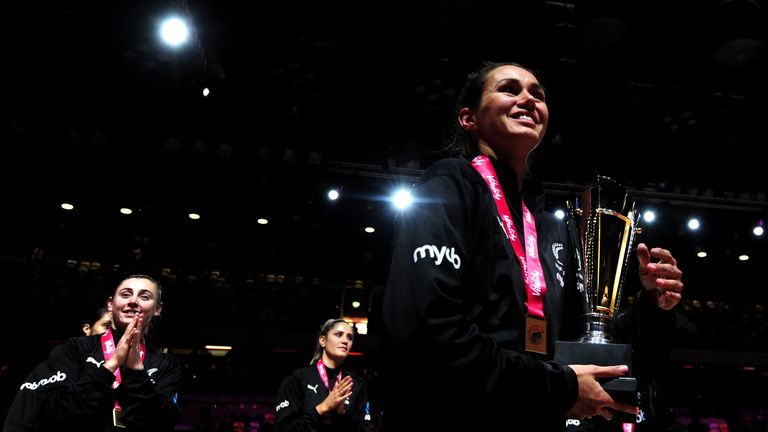 From the moment she stepped into role, Taurua has been very clear about the standards she expects from the Silver Ferns. Many are non-negotiable, including fitness.

The question is: could New Zealand’s greatest strength have exposed her side to the possibility of disappointment?

In late January, the Silver Ferns camp was rocked when five expectant players were sent home after failing to meet the required fitness standards.

At the time, their names were not revealed but with squad lists now to hand, it is clear that it was predominantly the Ferns’ defensive end that has failed to meet expectations. Only three circle defenders have been named for this series.

Why knowingly weaken yourself? Certainly, many have been pondering on that question. With a relatively inexperienced Australian opposition and a favourable format, should Taurua not seize the opportunity in front of her to claw back a nine-year deficit?

Rivalry – it seems – is not at the forefront of Taurua’s mind. Consistency and vision, perhaps more so.

It is perhaps a sign of the times that this year’s Constellation Cup series is littered with firsts and unknowns. One thing we can be certain of, is that when it comes to the Trans-Tasman rivalry, it will pack a punch and the players will leave everything out there on court.