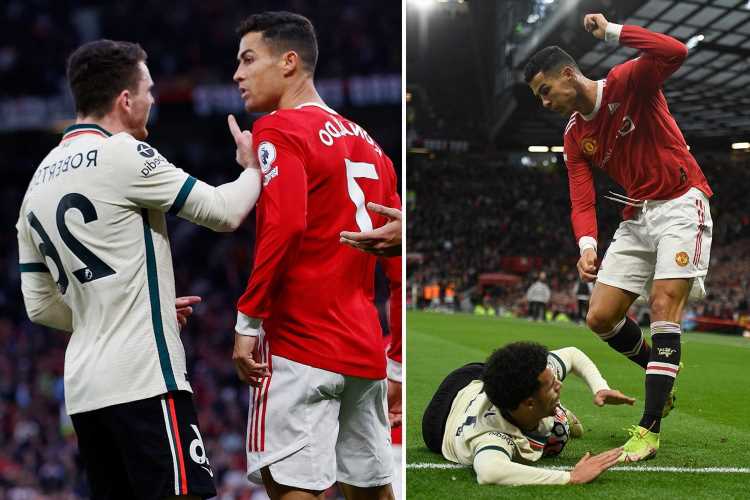 With his side 4-0 down after just 45 minutes, the former Real Madrid man showed his frustration in first half injury time as he aggressively kicked out at midfielder Curtis Jones while the ball was underneath him. 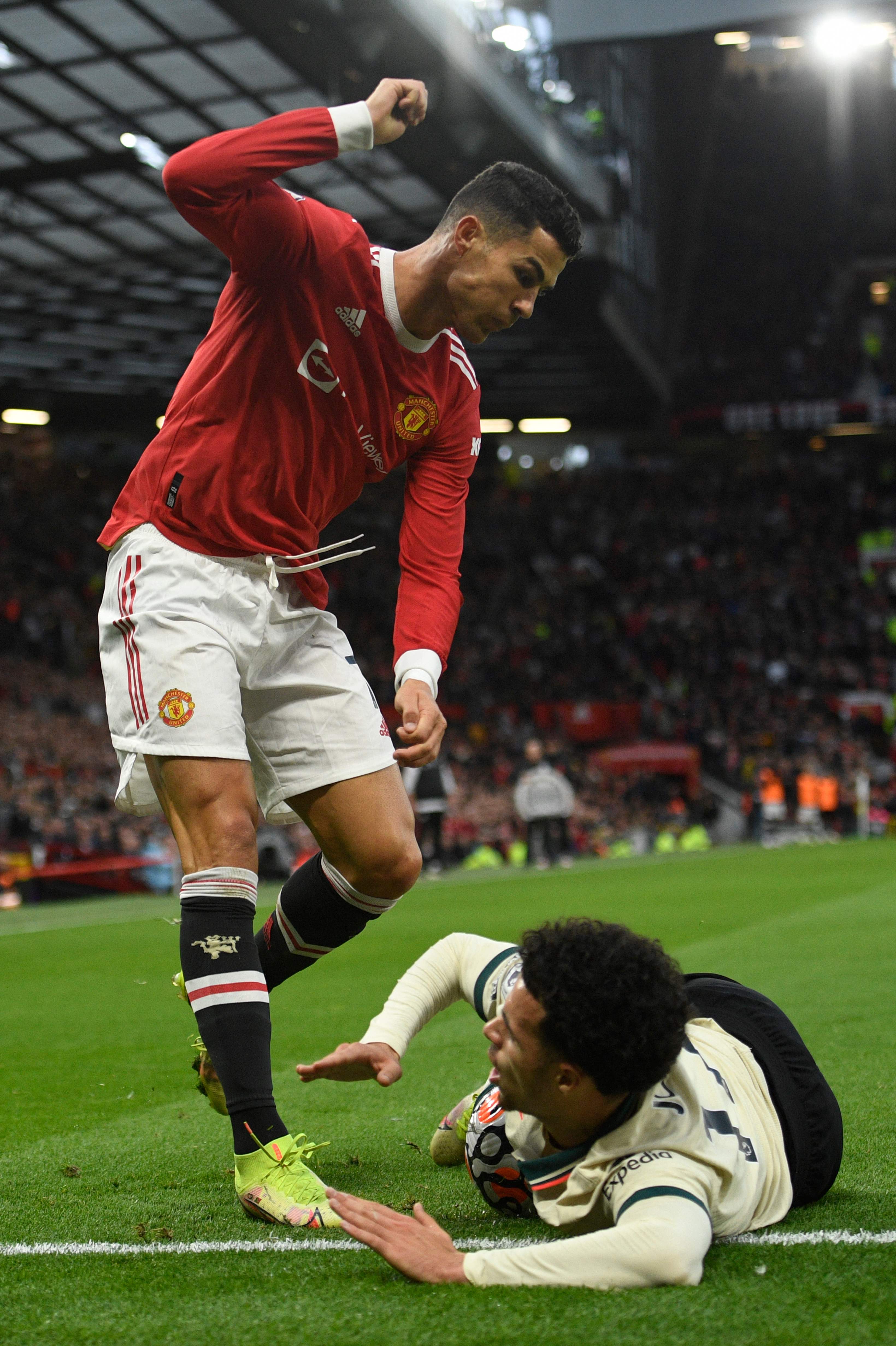 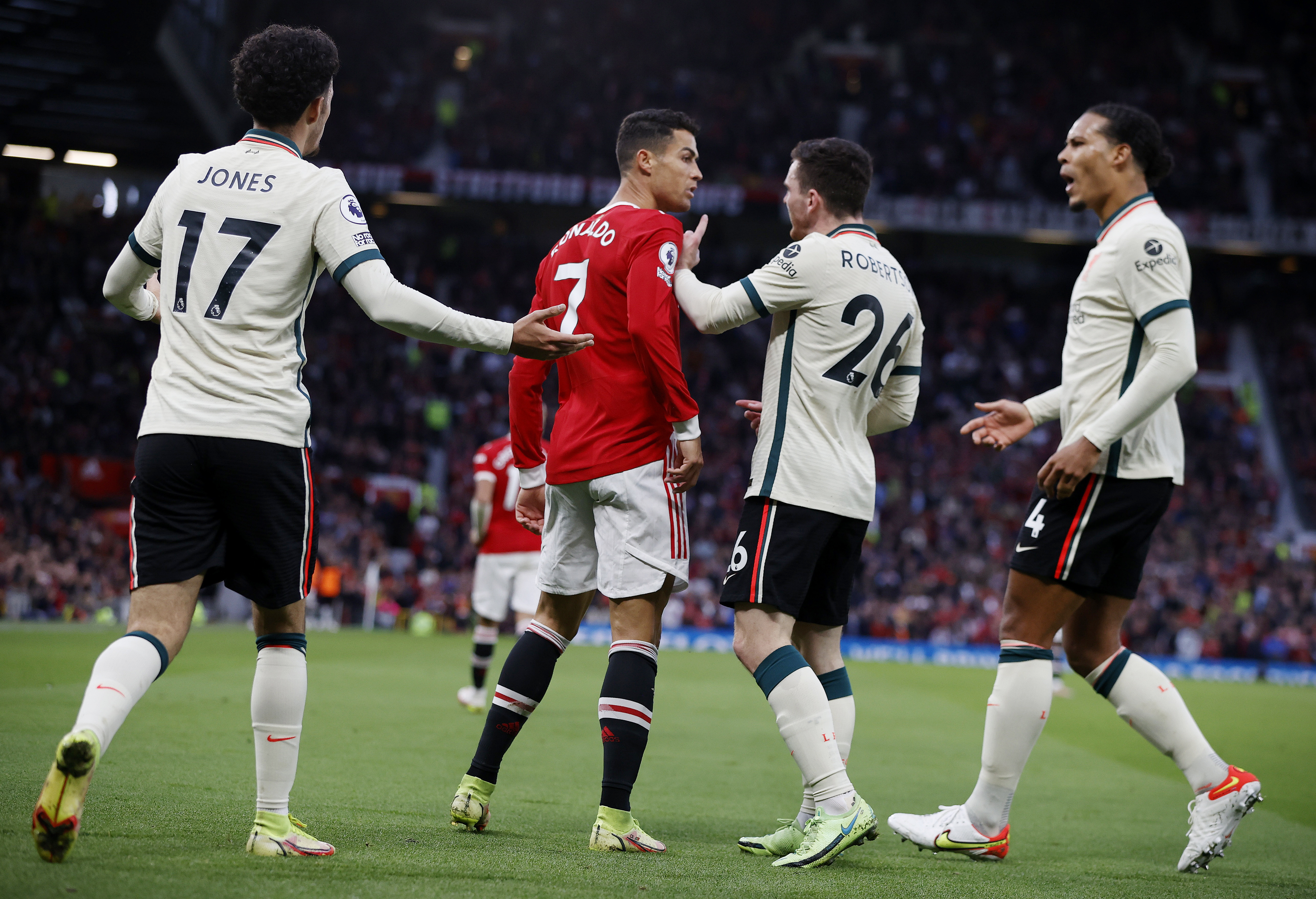 This provoked an instant reaction from the Liverpool players, namely Robertson who sprinted over to Ronaldo and pointed in his face, furious at the 36-year-old's actions.

Despite Liverpool's anger, referee Anthony Taylor opted to show the Portuguese forward a yellow card instead of a red.

At the time of the incident a concerned Gary Neville said on commentary: "His [Ronaldo's] head's gone here.”

Meanwhile, Robertson was even more motivated following the incident, as was clearly shown when Mo Salah completed his hat-trick to make it 5-0.

The Scot ran over to celebrate with the Egyptian before sending a message of merciless encouragement to those around him.

He could be heard saying: “Keep going, keep going! Be ruthless!”

Life with Ronaldo is just like any other family’s, says Georgina Rodriguez

Liverpool did naturally take their foot off the gas somewhat in the second half as the game was all over.

But Robertson and fellow Reds full-back Trent Alexander-Arnold then went on to bask in the glory of the victory after the game.

Many Man Utd fans had already left by the time the whistle blew at full-time, but those who stayed to witness the entire thrashing were mocked by the Liverpool pair.

According to the Liverpool Echo, Alexander-Arnold was sarcastically waving to the home fans who were hurling abuse at him.

And Robertson also enjoyed his ceremonial walk around the pitch as he blew kisses at the United faithful.

Liverpool's remarkable victory was a day to saviour for many of their supporters as the Red Devils licked their wounds following an embarrassing 90 minutes.

And Liverpool legend Jamie Carragher feels his former side won the game without even playing to their full potential.

Speaking on Sky Sports, he said: "I actually don't think Liverpool were at their best. But whenever they got in around United's back four, they [the hosts] were a mess.

"Drink this in, you won't get this again. United and Liverpool is maybe the biggest rivalry in the world, but you won't get an opportunity like this [again]."