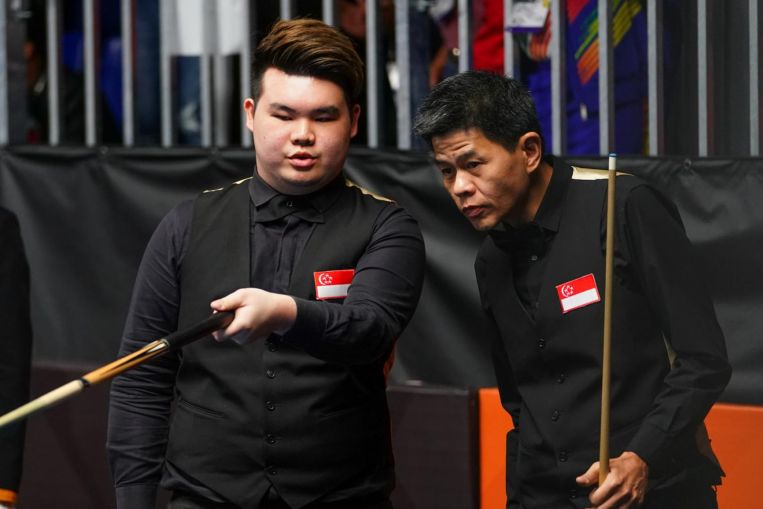 SINGAPORE – The Republic’s players claimed notable scalps at the US Open 9-Ball Pool Championship in Atlantic City on Wednesday (Sept 15).

There, he had defeated world No. 3 Jayson Shaw of Scotland in the quarter-finals.

Thanks to his performance in the competition – the best by a Singaporean at a world meet of either the 9 or 10-ball iteration of pool – Yapp rose from 20th to eighth in the world rankings.

He said the key to his win over 2018 world champion Filler was keeping calm, even after going two racks down.

“I just told myself to focus on my own game and accept it if luck was not on my side,” the 25-year-old told The Straits Times. “The main thing was not to get affected by things, and take my chances when I get them.”

He certainly did so.

After coming back to 2-2, then 3-3, Yapp then went on a tear, winning seven straight racks to lead 10-3, describing it as “everything just fell into place”.

Filler pulled one back but Yapp then capitalised on an error by his 23-year-old rival to seal the win in the race-to-11 format of the round.

On his upset wins over Shaw and Filler in consecutive weeks, Yapp said: “To be honest, all this while I knew I was capable of beating them, but I always ended up choking when I played them.

“But before coming to the United States, I worked a lot on becoming mentally stronger… and I think that helped me overcome that barrier.”

Even though he lost his next match 11-2 to American Rodrigo Geronimo, 49-year-old Toh remains in contention as the competition is still in the double-knockout format. He plays Poland’s Konrad Juszczyszyn about an hour after Yapp’s match against Krause.

On beating Pagulayan, Toh said: “We both did not break well, so there were a lot of safety plays… I did win a couple of safety (duels) with him, and that helped me win the match.”

A third Singaporean, Sharik Sayed was also in action at the US Open but he exited after defeats by Croatia’s Ivica Putnik (11-3) and American world No. 1 Shane van Boening (9-6).