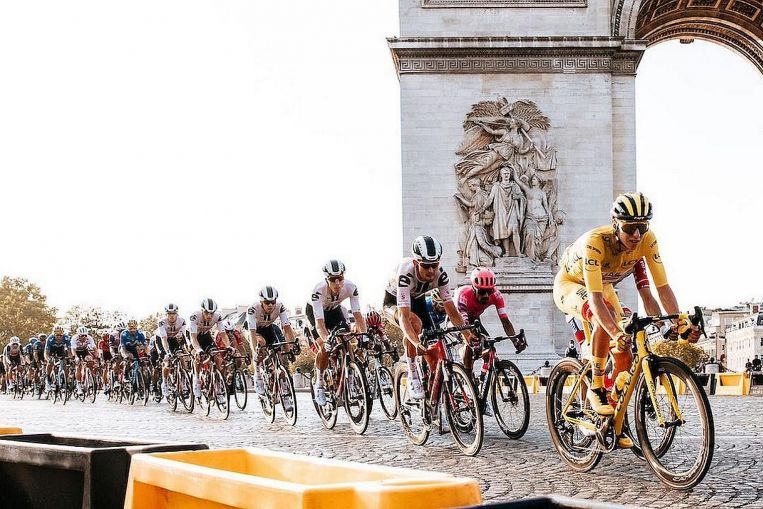 PARIS (AFP) – The Tour de France is adding a team this year, the organisers announced on Thursday (Feb 4), saying all three Grand Tours have received permission to invite 23 outfits of eight riders.

Earlier in the day, the International Cycling Union (UCI) agreed to a request by the Tour, the Vuelta a Espana and the Giro d’Italia to increase their fields.

The races argued it would be a gesture of solidarity with sides struggling financially because of the coronavirus pandemic.

When this year’s Tour starts on June 26 in Brest, Brittany, the peloton will contain 184 riders, eight more than last year.

This signals a change of direction by the Tour, which cut teams from nine riders to eight in 2018, reducing the peloton from 198 cyclists, which was deemed dangerously large.

“We fought for a long time for fewer riders at the start because our priority was safety,” Tour director Christian Prudhomme told Agence France-Presse.

“But everybody is weakened by the crisis, the teams as well.

“We are very sensitive to the fact that the local champions, the champions of the towns and villages passed by the race are protected,” said Prudhomme but he added “the 22-team rule will become the rule again in 2022”.

Prudhomme said the decision meant the Tour could add a French side and include both Breton teams, Arkea-Samsic and BB Hotels, as well as Total Direct Energie, who based in the Vendee, just to the south.

“I knew that whatever the choice, there would be a debate,” said Prudhomme. “With the two teams from Brittany and the team from Vendee, this allows the party to be 100 per cent complete.”