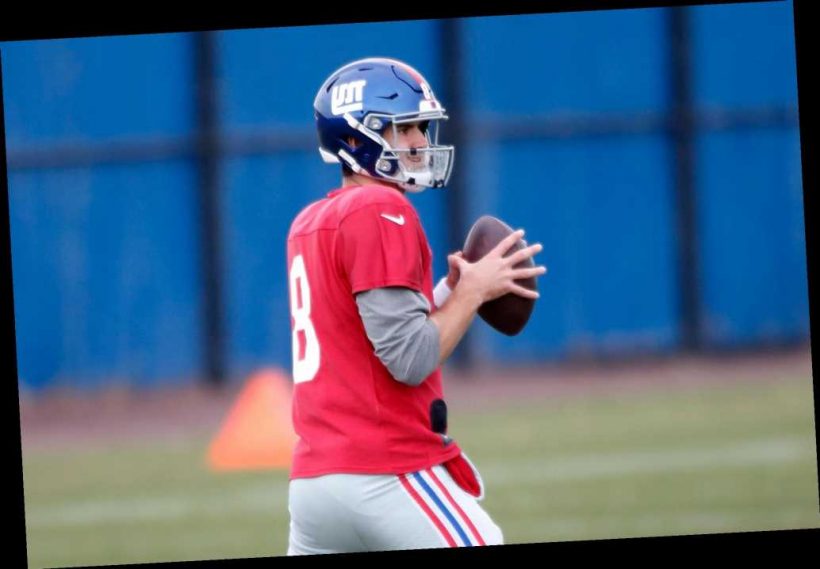 Put this pitcher on your fantasy baseball watch list

There has never been any doubt about Daniel Jones’ ability to rally those around him, gaining their trust and support. That happened back in his rookie year.

Turning the confidence the Giants have in him into winning, well, that is taking more time.

It comes as no surprise that Jones this week marshaled several Giants offensive players — wide receivers, tight ends and even a few linemen — to travel to Phoenix, Ariz. for a few days of throwing sessions, The Post confirmed. The Monday-Friday workouts — organized entirely by Jones — will be the first unofficial work on the field in advance of the 2021 season.

Teammates quickly took to Jones when he arrived in 2019 as an understated first-round pick, deemed to be the next-in-line franchise quarterback after Eli Manning.

A year ago, Jones arranged for a week of throwing and running routes in Texas, helped along by Colt McCoy, the veteran backup quarterback, a former University of Texas star.  Figure the sessions this spring will be far more advanced and beneficial, considering Jones and any returning offensive players all have a season’s worth of familiarity in offensive coordinator Jason Garrett’s system. Last spring, the entire off-season program was held virtually, making it especially difficult for a second-year quarterback to learn a completely new offensive playbook.

Saquon Barkley, doing some rehab work in Arizona, is expected to attend the sessions, although his recovery from reconstructive knee surgery will not allow him to participate.  Sterling Shepard will join in, as will offensive linemen Nick Gates and Will Hernandez.

Newly signed receiver Kenny Golladay is also expected to participate, making this the first time he and Jones connect on the field and start to get a feel for each other.

NFL teams are allowed to open up their offseason programs on April 19, but these meetings will all be virtual at the start.

This is a huge season up ahead for Jones. He is 8-18 as a starter, with a career passer rating of 84.1 and a second season (11 touchdown passes, 10 interceptions) that was a step down from his production (24 touchdown passes, 12 interceptions) as a rookie. The Giants went into this offseason hell-bent on finding more weapons for Jones and they signed Golladay and receiver John Ross, plus tight end Kyle Rudolph.

Head coach Joe Judge and general manager Dave Gettleman recently both doubled-down on their commitment and belief in Jones, as did co-owner John Mara.

“Listen, we think the world of Daniel in this building,” Mara said last week. “We want to see him take the next step. I don’t have any specific benchmarks other than let’s win some more games. I think he will have a better team around him this year than he’s had in previous years, so we certainly expect him to take the next step. I just want to see him continue to improve because I do think he has what it takes to be a long-term winner in this league.”

Golladay, after signing a four-year deal worth $72 million, said he views Jones as “still kind of fresh in the league” and added “I feel like me and him can do some good things.” Rudolph, who needs foot surgery and will be out of commission this spring, called Jones “a stud” and went out on a limb when comparing his new teammate to a former NFL quarterback.

“He’s got all the intangibles to be an Andrew Luck-type quarterback,” said Rudolph, who spent his first 10 NFL seasons with the Vikings. “Hopefully we put a bunch of pieces around him and we can take some of the pressure off of him, let him just go out there and play with confidence and let all those attributes and abilities take over.”

Logan Ryan, the 30-year old safety acquired last summer, spent one season with Jones and believes the only ingredient Jones is lacking is time in the league.

“I love Daniel,” Ryan said. “Daniel has everything he needs to be an elite quarterback. The thing he needs is experience, and you can’t rush that. I know we live in a society where we want results in one week. We want results in one year. He had his first year of starting. He’ll learn from some of those mistakes. Sometimes you have to commit them in order to learn from them.

“Obviously, more is going to be expected of him this year like everyone else.  I expect more of myself being a full year into the program. We expect Daniel to lead us to victories this year, and I believe he can.”

It all starts this week, in Arizona.