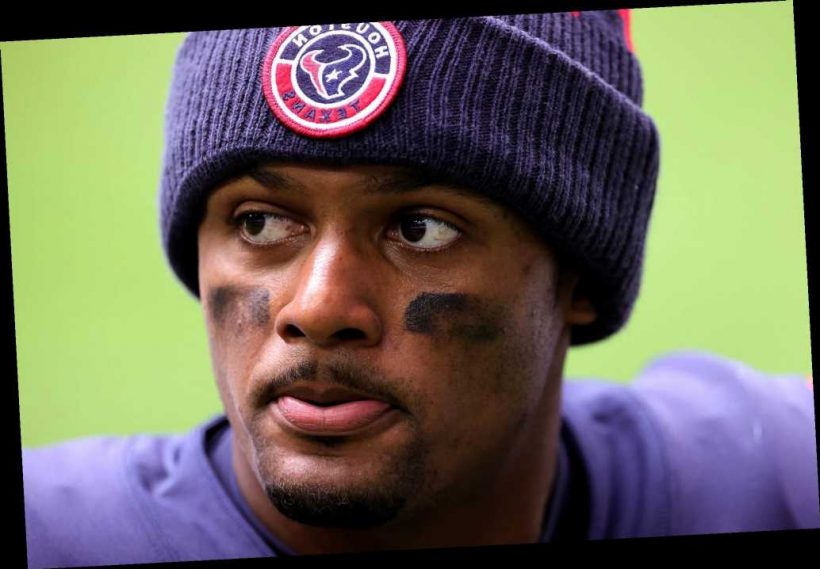 This isn’t the Texans-Dolphins trade everyone’s waiting for

Brett Favre knows he screwed up with Deshaun Watson take

Jets GM may need to break own rule for Deshaun Watson

This is going to come across as a bashing of Deshaun Watson, so I’d like to make a few things clear:

• The Texans seem like an organizational trainwreck. Totally mismanaged. The evidence that the franchise is a disaster seems rampant.

• Watson is a spectacular player. He’s community-oriented, generously so. He seems to be about as easy an athlete to root for as there is, as you can see from two of my tweets back in 2019.

But let’s also be clear on this – the Texans are not the only ones handling the war with their quarterback poorly.

This is primarily because Watson signed a four-year contract extension with the Texans last September. And as ESPN’s Mike Tannenbaum very fairly said on air last week, extensions come with consequences. He’s right.

An extension is a commitment from a player to an organization and from an organization to a player. Per NFL.com, since Watson had two years remaining on his deal at the time, he re-upped with Houston through 2025. So, he and the Texans committed to each other for six years then (five now). Find me another player who has ever committed to a team for six years, then fewer than six months later determined he would never play for the team again. And explain to me how that’s OK.

An argument in Watson’s defense seems to be that post-extension developments changed the equation. I assume those developments are simply not public yet, because at this point, all I’ve seen involves management decisions and culture. That’s not nearly enough to justify a trade demand a few months after signing a multi-year extension. George Steinbrenner once hired Howie Spira and paid him $40,000 to find dirt on his right fielder (Dave Winfield). That’s justifiable grounds for a trade demand.

I’ve voted for PED cheats on my Baseball Hall of Fame ballot. I’m pro-analytics and anti-unwritten rules. I loathe the idea of drafting a running back in the first round. I’m a modern sports fan. But it’s become trendy for athletes to force their way out of town. Maybe in some cases it’s fair. I don’t think this is one of them.

Watson apparently feels the Texans are disloyal to him because on February 25, he tweeted, “Loyalty is everything. Don’t you EVER forget it.” But hang on. Loyalty? The Texans were the team that went all out to acquire Watson in the first place by trading up to select him in the 2017 Draft – and they parted with an additional 1st-round pick to do so. They were the team that bet on him. Then they awarded him a four-year, $160 million contract, with $111 million in guarantees.

Are we suggesting that by mortgaging part of their future to draft him, and awarding him more guaranteed money than anyone in the league other than Patrick Mahomes (and now Dak Prescott), that the Texans were somehow not loyal to Watson?

By the way, when Watson signed his deal on September 5, among the people he thanked on Twitter were Cal McNair, “the entire McNair family” and Jack Easterby (!!!). He also said at his press conference, “The money is amazing. It’s life-changing. It’s great. But the biggest thing is for the (organization) to just trust in me and believe in me that I’m their guy, I’m their quarterback is the biggest thing that really touches me.”

Watson sure seemed to be appreciative of Houston’s loyalty at that point.

Look, Watson’s handling of this doesn’t make him a bad guy, or someone not still worth rooting for. I couldn’t have more respect for LeBron James on and off the court – yet I think “The Decision” was poorly executed. I don’t think Giants fans could appreciate Eli Manning more – yet I think his forcing a draft day trade to them because he didn’t want to play for the Chargers was distasteful.

But Watson made a long-term commitment only a short time ago. It’s not right to abandon that.

How does Watson feel about loyalty again?