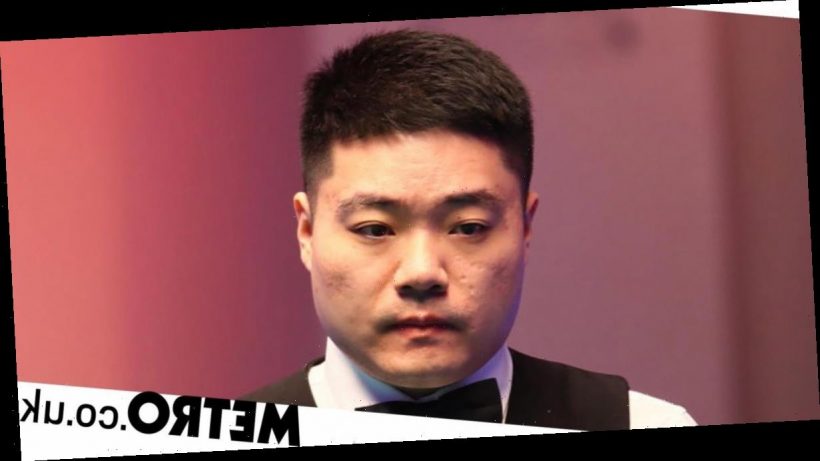 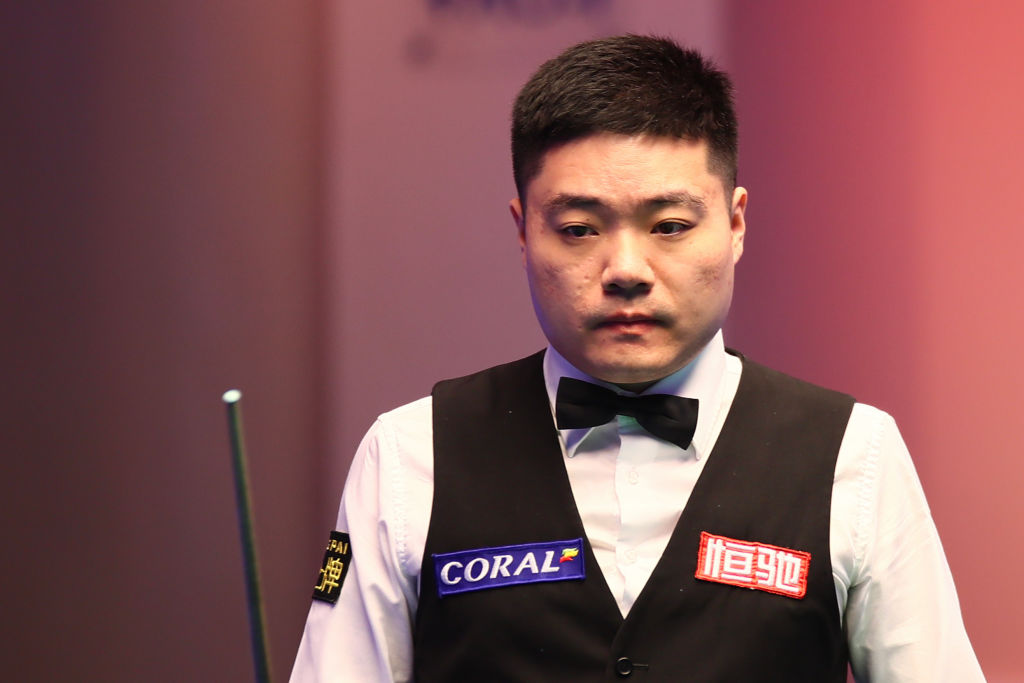 Ding Junhui is pouring all his attention into his snooker as he tries to ignore the heartache of being away from his family for nearly eight months.

The world number nine returned from China in July, with his wife and daughter staying there as he continued his career from his base in Sheffield.

With the global pandemic continuing and showing few signs of coming to an end, Ding has not seen his family since last summer and it is a constant strain on him.

Despite this, the 33-year-old has had a very decent season so far, reaching five quarter-finals and he got his Welsh Open campaign off to a winning start on Monday by beating Lyu Haotian 4-1.

His snooker has actually been helped by the nightmare situation with his family as he tries to keep his mind busy amid the heart-breaking circumstances.

‘Hopefully everything in the world can go well quickly and everything can get back to normal life, that would be great.

‘I came back on 9 July, so almost eight months.’

Ding is hoping that the end of the separation is in sight and he will be reunited with his family when the season comes to an end after the World Championship in May.

‘I don’t know yet, not many tournaments left, I just need to concentrate on these three or four tournaments and see if I can go back in the summer or they can come here.

‘It’s left me nothing to do, so it’s good for practice, but it is bad.’

Ding’s focus this week will be on winning the Welsh Open for a second time after a superb triumph in 2012 when he beat John Higgins and Shaun Murphy en route to downing Mark Selby in the final.

He has great memories of the event and is delighted to be in the new venue of Celtic Manor after feeling that the endless events in Milton Keynes had begun to feel too routine and too much like practice matches.

‘Different place gives the tournament some fresh air,’ he said. ‘Back to Milton Keynes, it’s like a practice routine every day, sometimes you don’t feel like you’re in a tournament.

‘This feels different, nice to have a different venue, especially in these hard times. World Snooker are putting these events on when it’s difficult for everybody so I’m happy this tournament is happening in Wales.

‘Every day going to the same place, maybe get a feeling for the first few months but after that it is too normal.

‘I won once in Newport, beat Selby in the final, it’s a great event, I like it. I haven’t been doing so well after that, but hopefully I can win more matches.’

Ding’s season has been solid if unspectacular, with five quarter-final runs but nothing further and he knows he has to cut out simple mistakes, especially against the other players at the top of the game.

‘I’ve been doing good this season, but not that good. Hopefully I can get some more steps in to win more matches,’ he explained.

‘Key shots, looking back at key shots I’ve made mistakes. Sometimes I’ll get a chance first but didn’t make the shots to win the frames. I can’t make many mistakes, like more than three, against top players. It’s impossible to win against them making mistakes.

‘I need to make my match level higher, but I’m trying, trying in practice to improve the level, improve quality and in the match try to calm down after bad shots and keep concentration. It’s difficult in a best of seven, you can’t have a lot of mistakes, it’s so quick.

‘Sometimes I feel like it’s practice, but it’s real, I need to switch between that.’

Awaiting Ding in the second round in Newport is Pang Junxu, one of the brightest young Chinese talents in the game looking to follow in Ding’s footsteps.

Pang plays in Ding’s academy in Sheffield and the more experienced man is thoroughly impressed with him, saying he practices harder than any other player in the academy, which is some achievement.

‘He practices very, very hard. Harder than anyone, I think. There’s not many young players without family, without coach who can still do the right things all the time, this is difficult.

‘Practice is very lonely sometimes, you can get bad emotions when you practice, have a bad day sometimes, but he does it every day, listening to suggestions, he’s a great kid so I’m looking forward to play him.’