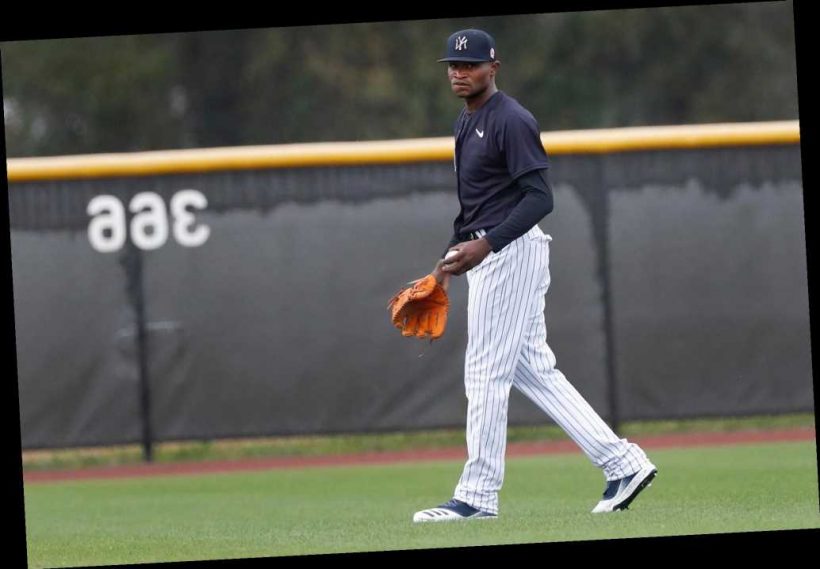 Aaron Boone impressed with Yankees’ depth in this area

This should not be one of your Yankees concerns

Gary Sanchez doesn’t want to think about his Yankees catastrophe

TAMPA — Domingo German will indeed speak to his teammates about the incident that caused him to receive an 81-game suspension and miss all of last season.

On Sunday, the right-hander released a statement through the Yankees, the day he was scheduled to address the media for the first time since the September 2019 incident that led to his ban by Major League Baseball. He was suspended in January 2020 for violating the league’s domestic violence protocols after an alleged incident with his girlfriend.

“It is important to me that I have the opportunity to speak directly with my teammates individually and collectively and address them face to face before I speak to the media and fans,” German said in the statement. “This process has begun, but more time is needed, especially since half our team has yet to report to spring training. I recognize that speaking publicly will be an important step for me and I will do so in the upcoming days.”

It’s a change from what Aaron Boone had said previously about the troubled German, as the Yankees manager said he didn’t believe he needed to have German speak to the team.

Since then, though, Zack Britton made it clear he wasn’t thrilled about the return of German, saying this week, “You don’t get to control who your teammates are and that’s the situation. I don’t agree with what [German] did. I don’t think it has any place in the game or off the field or at all.”

German also wiped his Instagram page after a cryptic message was posted about something being “over,” which followed his brief retirement message he posted online while he was serving his suspension last year.

Boone said Friday the events caused him to give more attention to the situation.

“I would say it’s, I guess, put a little strength in my antenna as far as something that I’m looking at more closely,” Boone said.