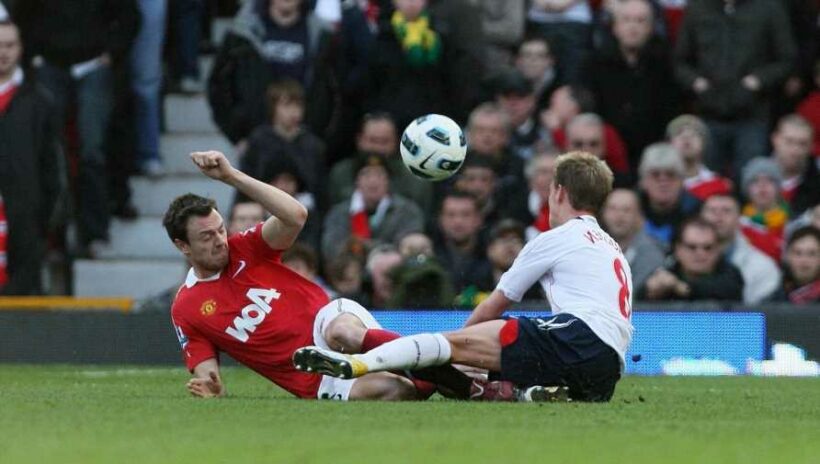 OLD TRAFFORD is known as the Theatre of Dreams – but it was the scene of a nightmare for Stuart Holden.

On March 19, 2011, a reckless challenge by Manchester Uniteddefender Jonny Evans left the American midfielder with an injury from which his career never recovered. 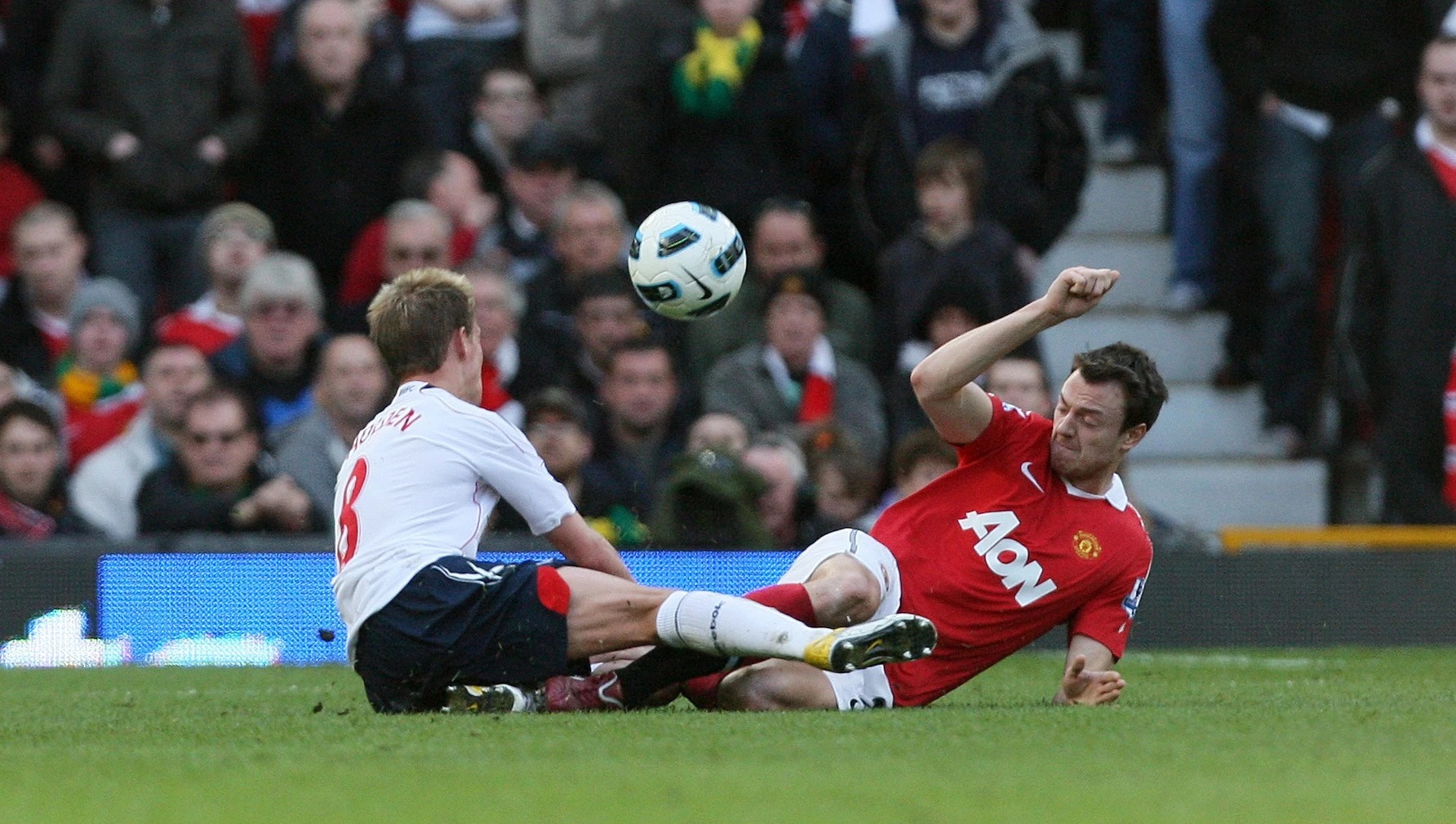 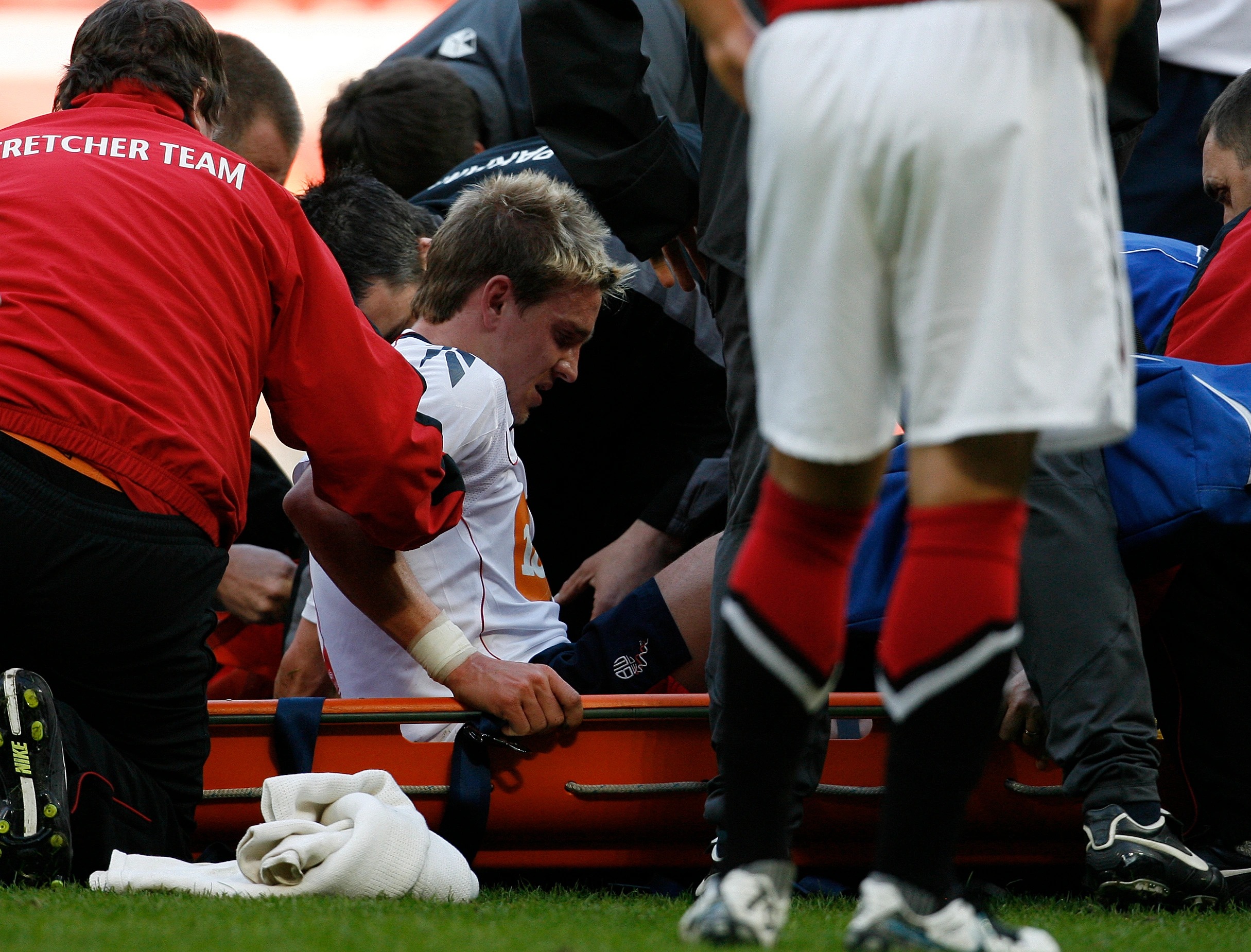 Holden had a fracture of the femur near the knee joint along with a gash that required 26 stitches – it put him out of the game for six months. He suffered cartilage damage on his return and barely played again.

Now based in Los Angeles with his family, the 36-year-old is one of Fox Sports’ leading football TV analysts in the USA and is also a minority owner of LaLiga side Real Mallorca.

Holden said: “When I was asked to work on TV I was delighted to be offered the opportunity. They must have liked my work because I have been doing it ever since.

“I love doing what I do now, but it will never replace being a player and having that adrenalin rush on a football pitch.”

Reflecting on the Old Trafford injury, he said: “The most frustrating element was the work that went on to get to that point in my career.

“I was on cloud nine at Bolton helping the club on a brilliant run near the top of the Premier League and the week after the Manchester United game we were playing in the FA Cup semi-final against Stoke.

“But from the moment of the tackle, everything went on a downward spiral. I had to rebuild my career.

“But it was a double agony having to witness the team’s results collapse at the same time.

“We lost against Stoke the following week and within a season we had been relegated.

“In the end I returned to the States for rehab because watching Bolton games when I couldn’t play was like going to Disneyland but not being able to go on the rides.

“One of the lowest points was my final game for Bolton in the reserve game in 2014 when I tore my ACL very early in the match.

“The thing I remember more than anything was the gasp from the supporters who were there that day.” 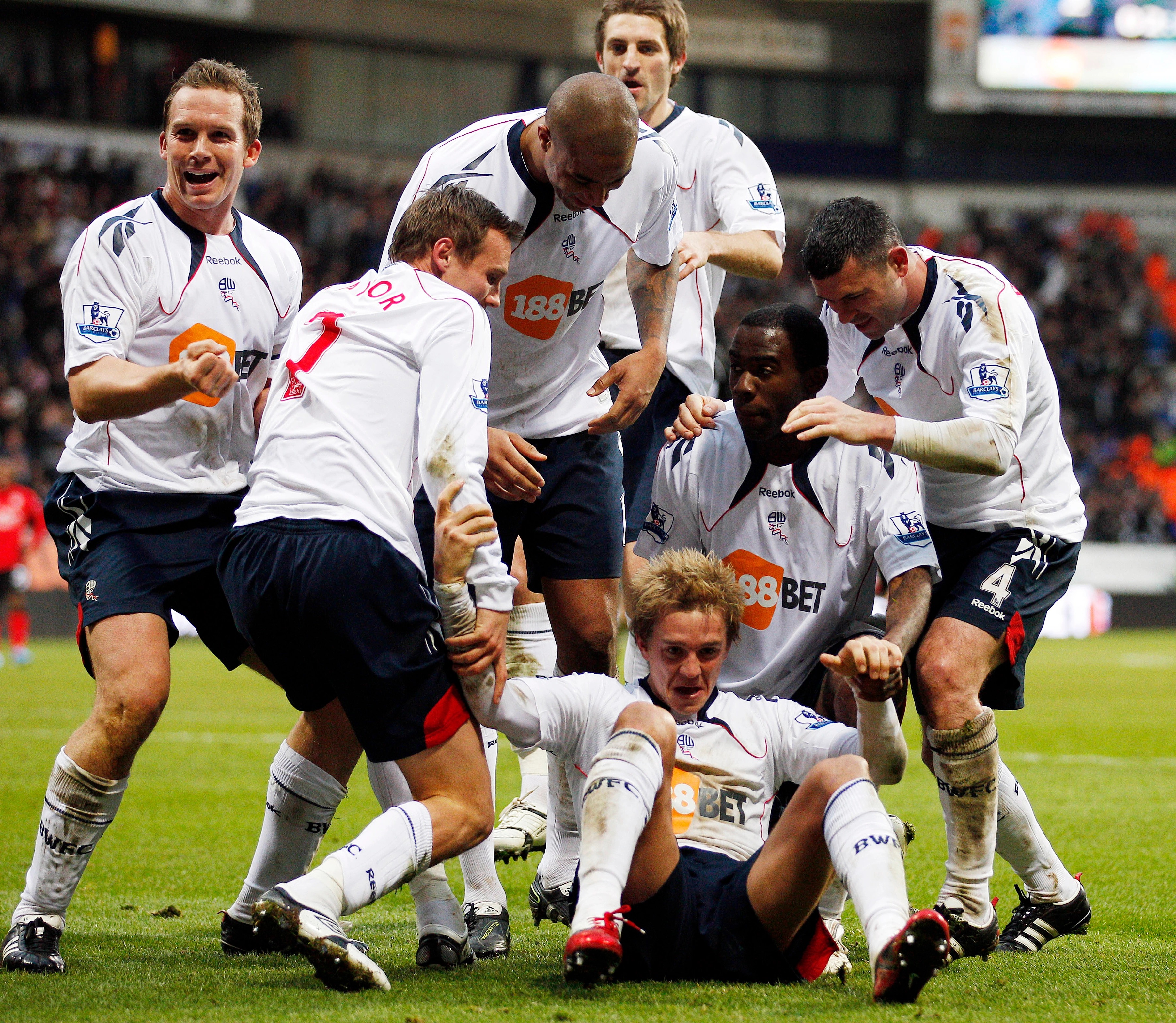 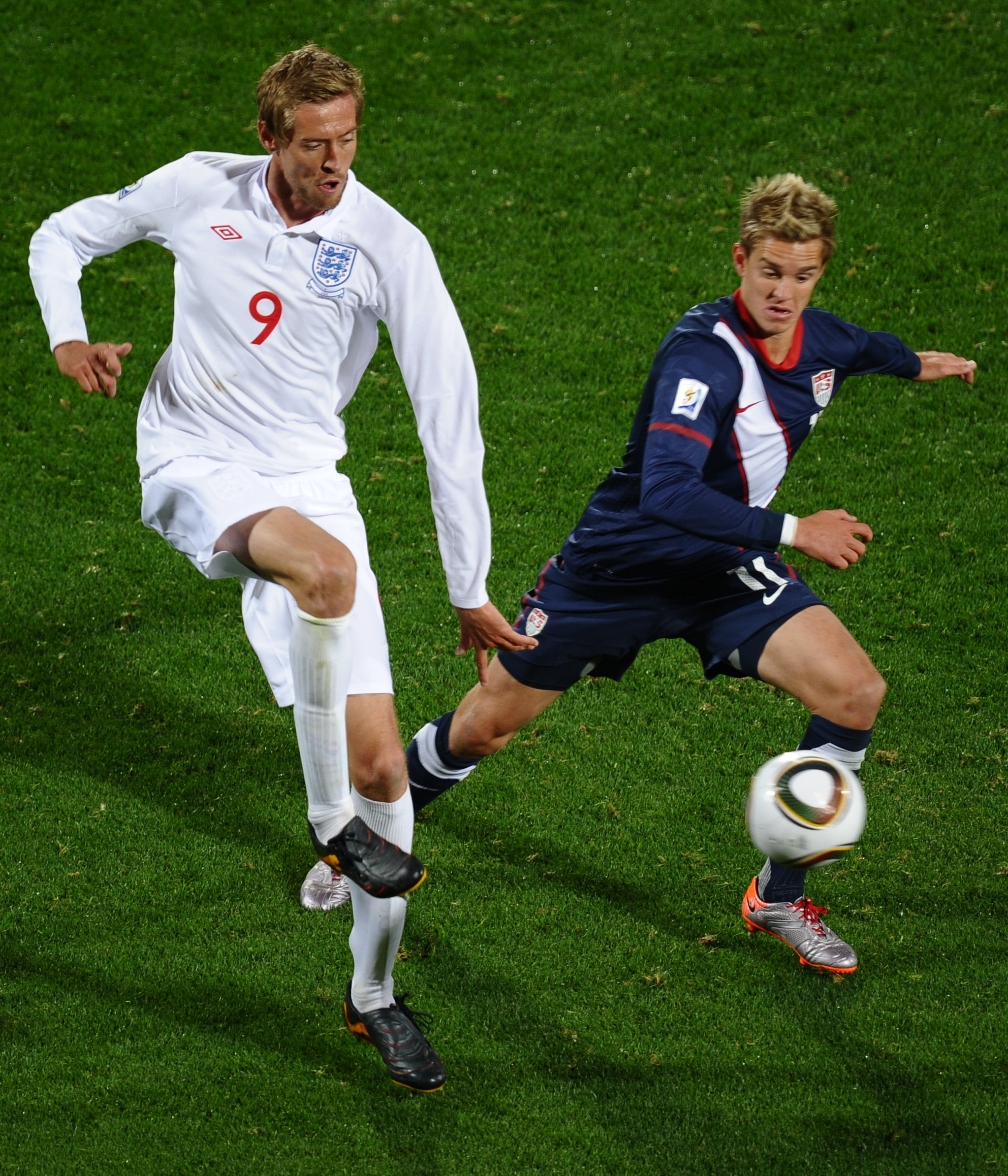 Holden grew up in Aberdeen with a Scottish mum and English dad, both sport mad. The young Stuart followed his parents and played tennis, golf and rugby but his passion was always football.

They emigrated to Texas and America when he was ten, but his dedication to football never diminished.

He said: “We landed in Houston and within the first week I had played in about five football tournaments. The biggest difference was I went from two degrees in Aberdeen to 100 degrees in Texas!”

He readily admits he didn’t start growing properly until he was 17 or 18 yet still received interest from Chelsea and Manchester United when he was 15. He came back to the UK to trial at United but was told his size was an issue despite his talent.

“My career took off in 2004 when I played for USA in the Under-17s, then played for the U20s against Brazil, followed by a trip to Ireland to play in a tournament.

“I was spotted by Everton and had a meeting with then-manager David Moyes.

“Everton were riding high in the top four and in the Champions League. David told me he thought I had great potential, but there wasn’t room for me, but he recommended me to Mick McCarthy at Sunderland.

“I signed for six months, but I suffered a fractured eye socket after being set upon in Newcastle in a completely unprovoked attack because I was a Sunderland player. I never actually ever played for them. 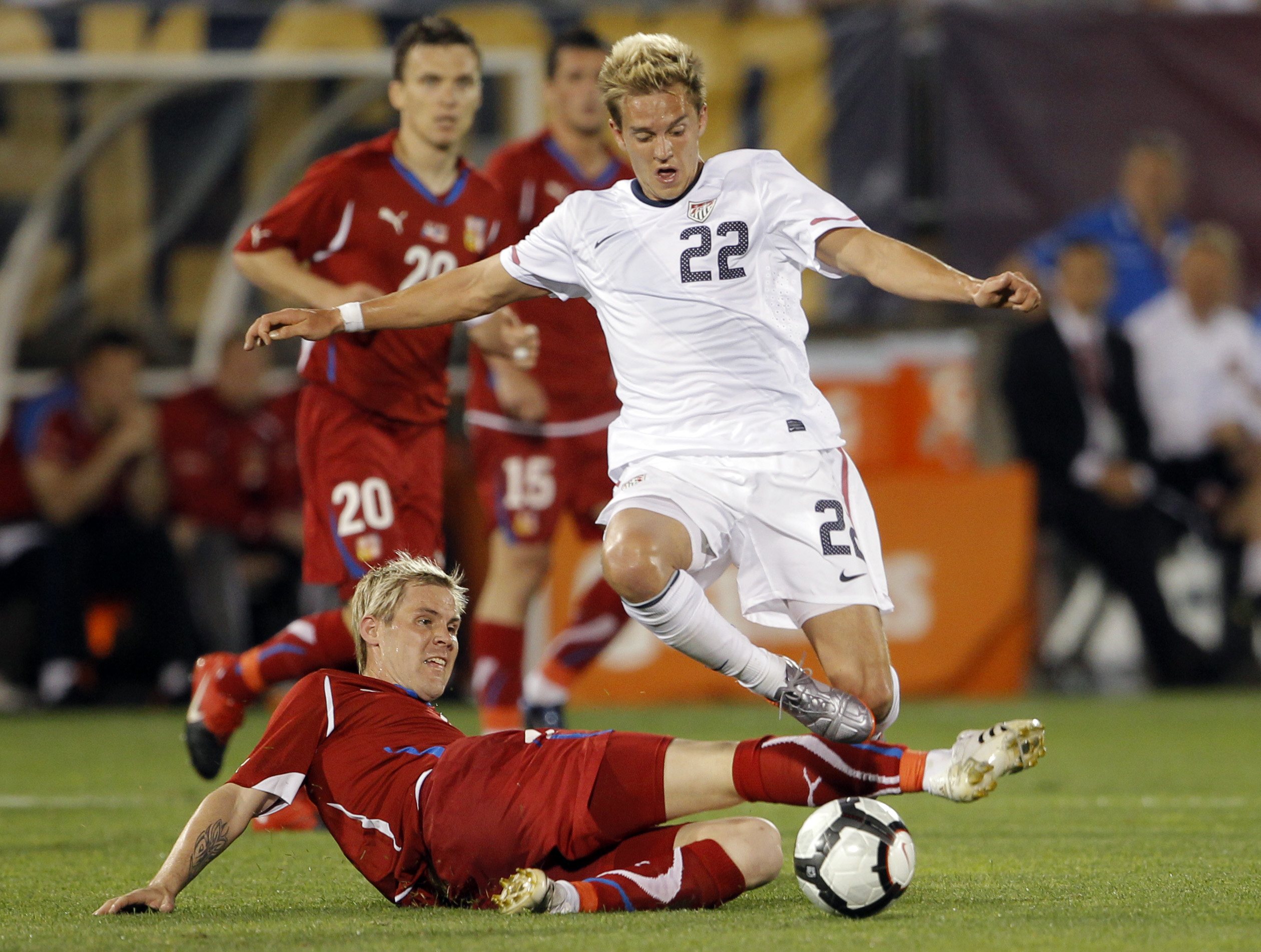 “Burnley manager Owen Coyle had seen me play and brought me to have a trial, but within a week he left and became Bolton boss and he then asked me to join Wanderers.

“It took a while to break through in the first team because Bolton were fighting relegation, but I made my debut in the League Cup against Tottenham. It sounds strange because we lost 4-0, but I thought I played OK.

“Owen spoke to me at the end of the game and asked me how my legs were. When I told him I felt fine, he said, 'That's good you’ll be starting against Wolves on Saturday”.

“After feeling very nervous about making my debut in the Premier League, in February 2010. Everything went like a dream, playing alongside Jack Wilshere in midfield. I laid on the assist for scorer Zat Knight and was named man of the match.

“I had the most wonderful time at Bolton – I felt a real connection with the fans too, a relationship that I still feel is as strong to this day.”

After the injuries, Holden had a short loan stint at Sheffield Wednesday, but he played his final game in February 2016 in the States at the age of just 31. “I remember it because my daughter, Kennady, had just been born.” 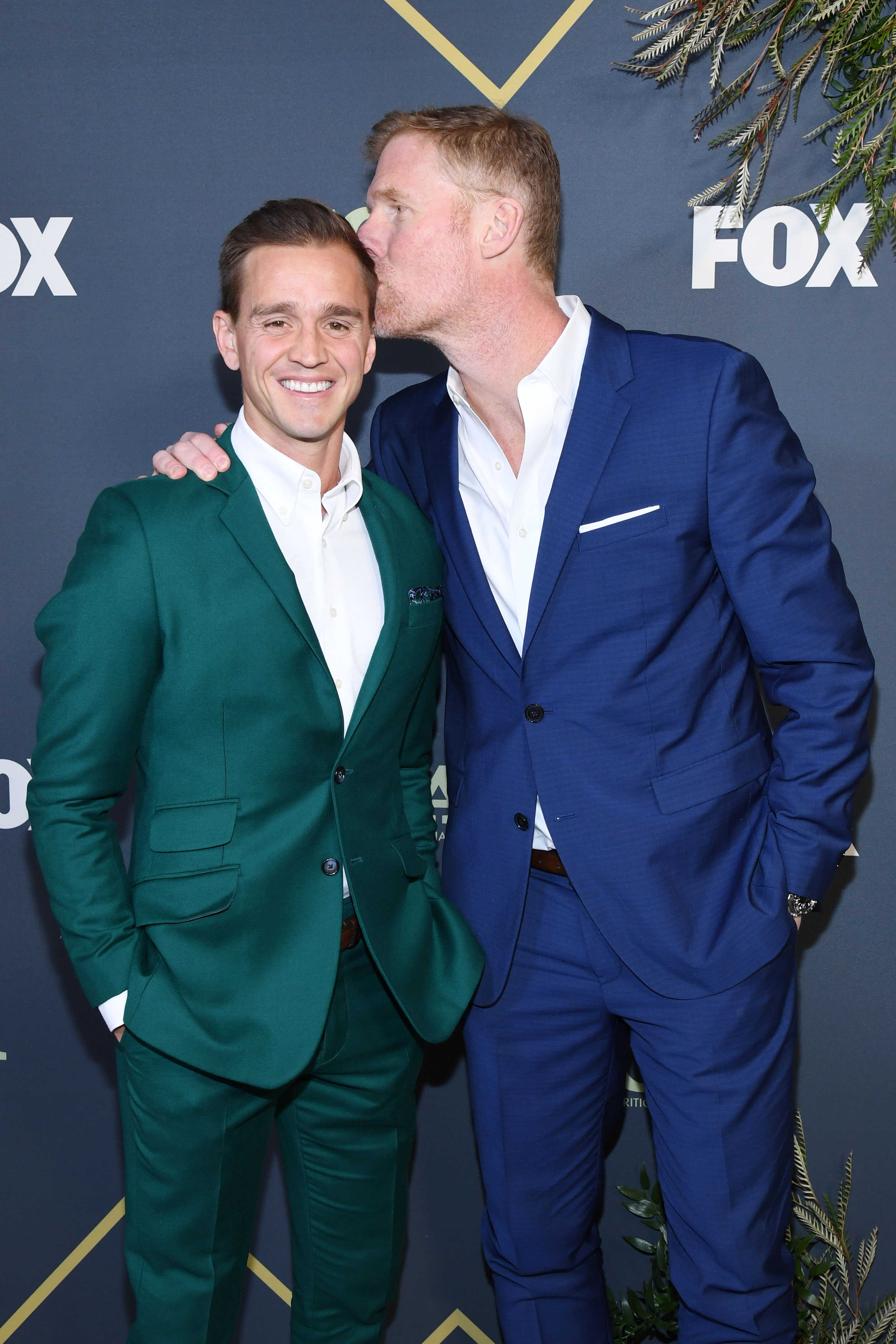 Holden was first approached to work on TV when he was in rehab in the States and he has risen to be one of Fox Sports’ leading analysts, with the pinnacle working as co-commentator at the World Cup final in 2018.

His playing highlights include facing England in a 1-1 draw in the USA's opening match at the 2010 World Cup, appearing in the Olympics plus making his Premier League debut for Bolton.

And his favourite goals include his 30-yard 92nd-minute winner for USA against Haiti in 2009 and a stunner for Bolton in the 88th minute against rivals Blackburn in 2010.