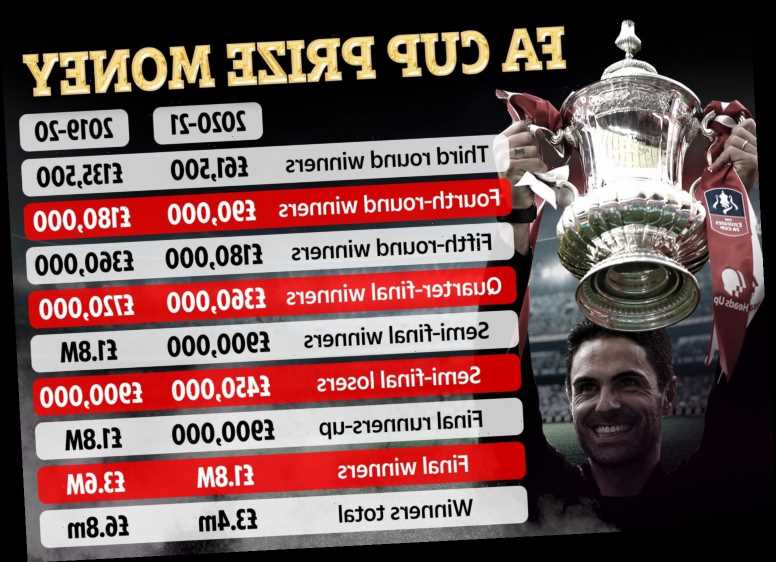 THIS season's FA Cup winners will bank just half what Arsenal received last year – at £3.4million.

The Gunners scooped a total £6.8m for beating Chelsea at Wembley in May.

Hefty prizes from their wins in previous rounds added to a £3.6m fee for going all the way.

But The FA have slashed the prize pot in half for the 2020-21 edition of the tournament.

No replays or fans, at least for the vast majority of matches, means a very different feel to the world's oldest cup competition.

The teams crashing out at this stage, be it by a defeat or a coronavirus outbreak, will take home just over £20,000 for their troubles. 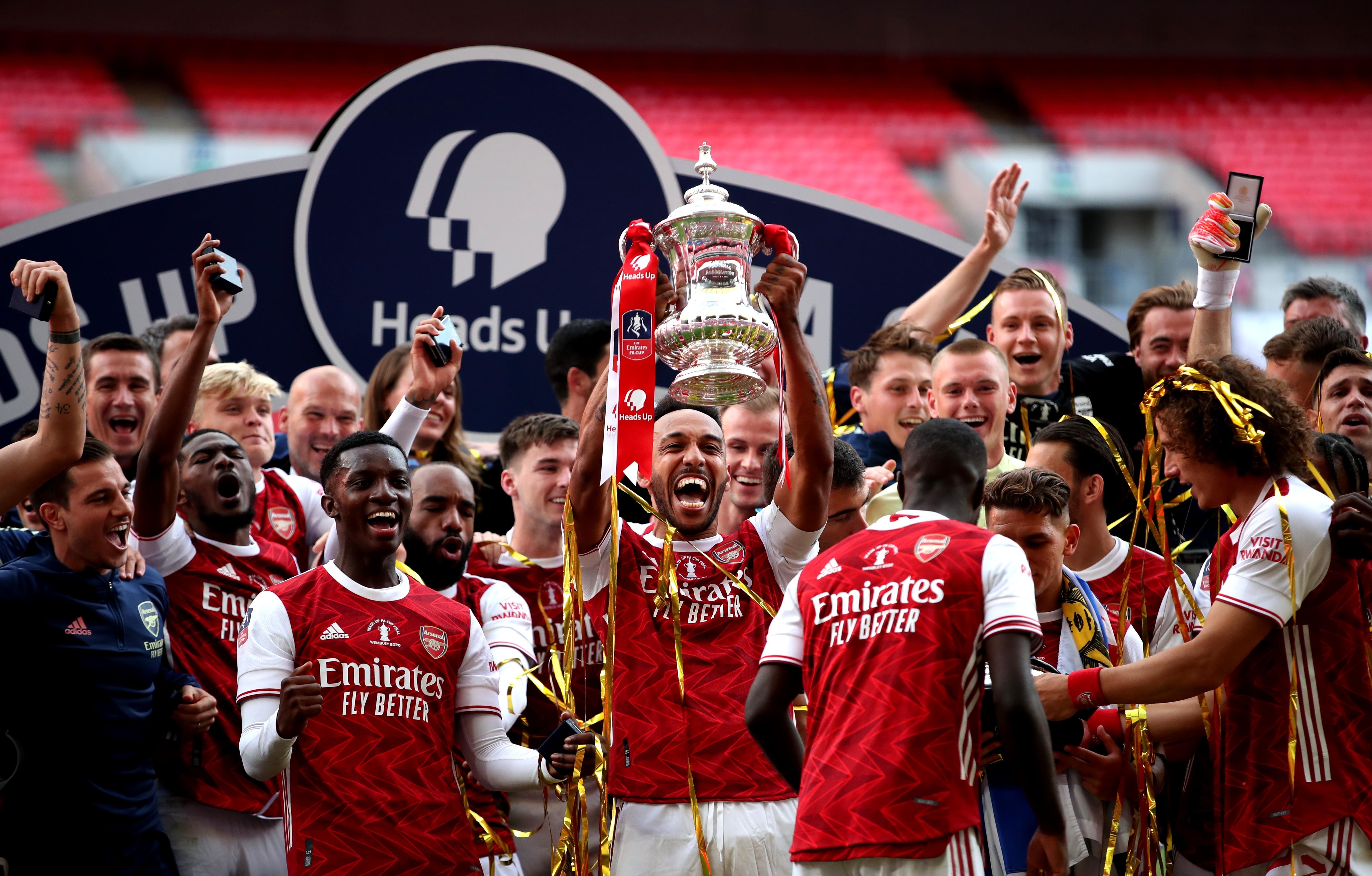 Even the sides that lose the semi-finals will take home the not-inconsiderable amount of £450,000.

The team that goes all the way will pocket £1.8m from the final, meaning a total £3.4m banked throughout the tournament.

Chelsea were awarded £1.8m for losing last season's showpiece, a fee cut by 50 per cent in line with other savings this time around, to £900,000.

The wholesale reductions mark a hasty retreat from FA bosses in attempting to further incentivise the competition.

Prize money was doubled in 2018-19 to encourage sides to take the FA Cup more seriously, but has now been cut back down to its original size.